A peculiar, rain sodden day was rounded off very nicely with a completely unexpected Eastern Phoebe at the Turner's Falls power canal. It was working the guard rail and behaving in exactly the same manner as the bird I photographed in the same spot a month ago (http://pioneerbirding.blogspot.com/2014/11/ma-late-phoebe-1122.html)
I'm certain it's the same individual which now appears to be attempting to overwinter and could be a really nice bird to work for on Sunday's Christmas bird count. 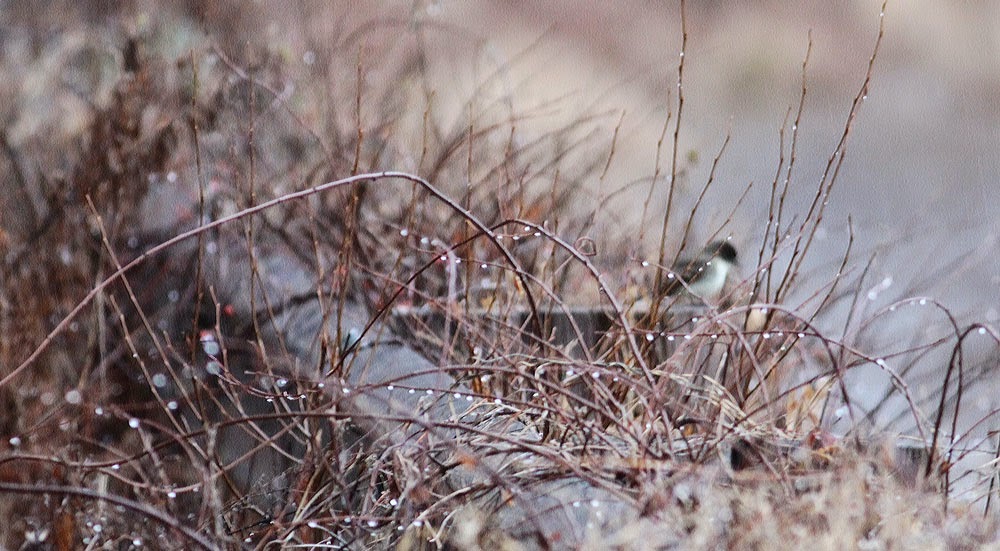 Eastern Phoebe - Turner's Falls power canal, Franklin Co., MA. December 23rd, 2014.
The camera refused to focus on the bird in the gloom with the few seconds I had before it moved along the guard rail. 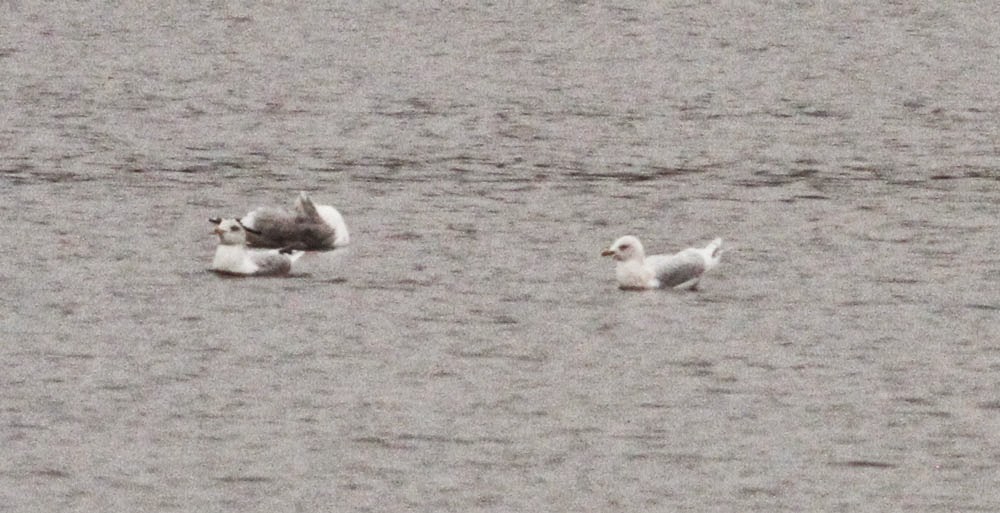 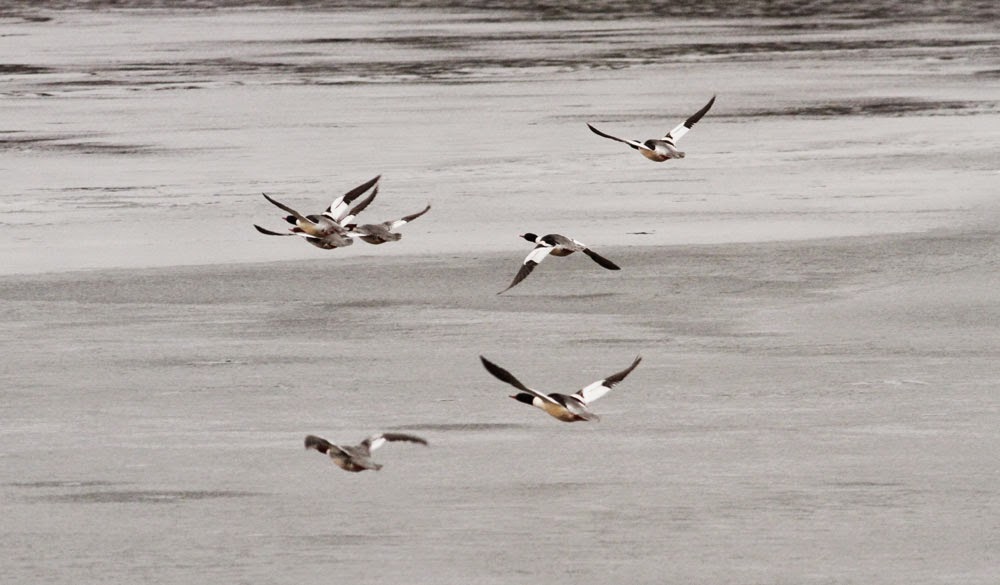 In addition to the phoebe, two Buffleheads and a Hermit Thrush were the main interest at the power canal, while up at Barton Cove two Canvasbacks and two Ring-necked Ducks continue along with impressive gatherings of Common and Hooded Mergansers. Also this evening, two fine adult Kumlien's Iceland Gulls were bathing off Riverview Drive at Barton Cove.

Despite the rain, the day was actually full of interesting birds beginning just after dawn with nice naked-eye views of Barred Owl and Yellow-bellied Sapsucker this morning on North Cross Road in Gill.

Both the power canal and Barton Cove have been strangely bereft of geese since the weekend and there hasn't been a sighting of the Ross's Goose since a brief observation on Sunday morning. Still, my guess would be that it's still in the area and will eventually be found again this week.
Posted by James P. Smith at 8:41 PM