MA - Kentucky Warbler and much more in late May. 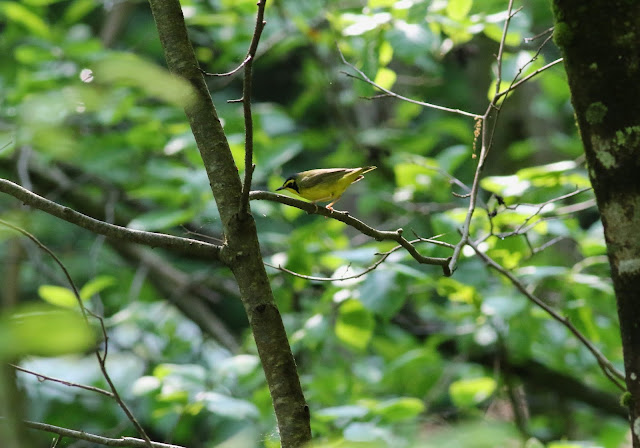 After traveling and leading trips for much of the first three weeks of the month I've finally been in a position to relax a little and get down to some local birding. I must say that the last ten days of the month have been fantastic from a Franklin County perspective bringing several waves of late 'boreal' migrants. Impressive numbers of Northern Parula, Blackpoll, Bay-breasted, Cape May and Tennessee Warblers and to a lesser extent Canada Warblers livened up the yards, woods and field edges throughout northern Franklin County. 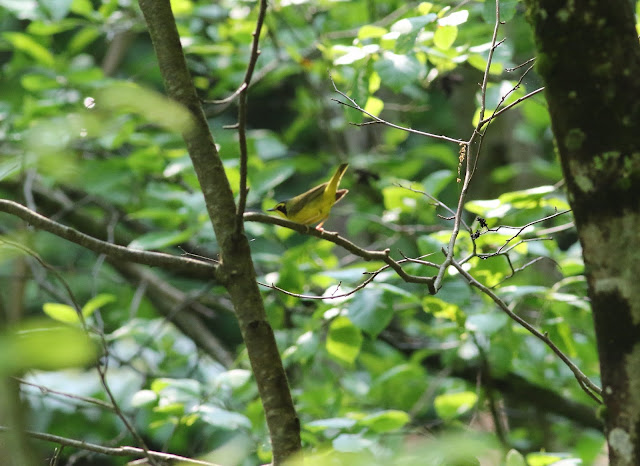 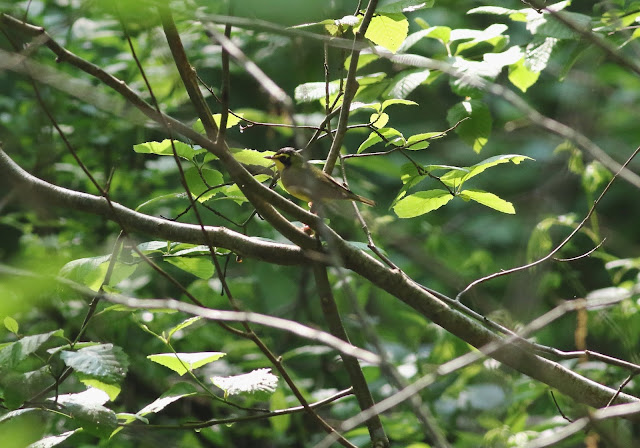 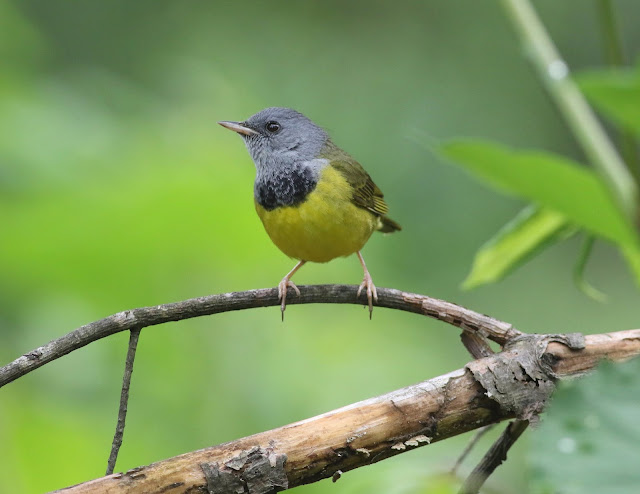 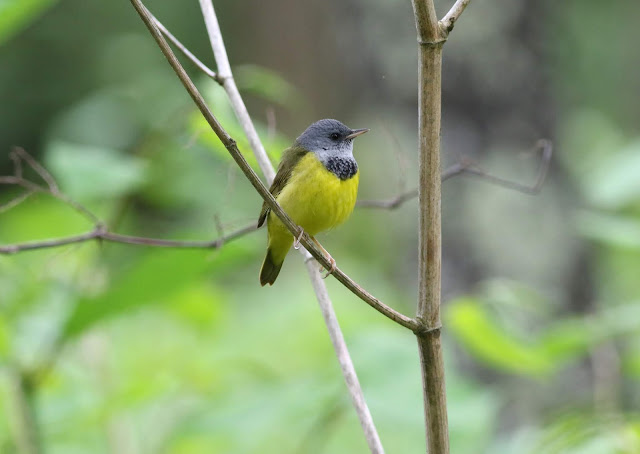 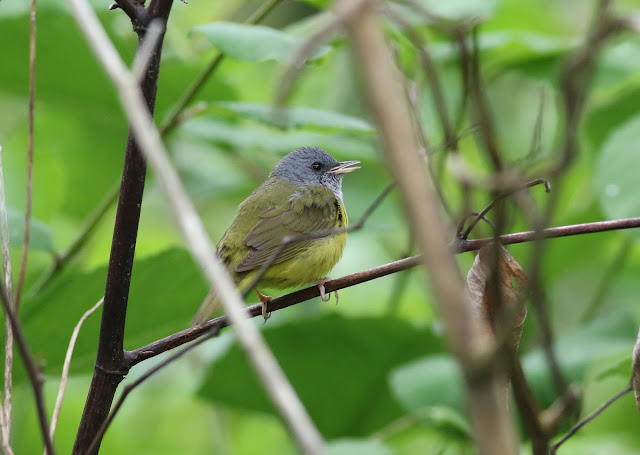 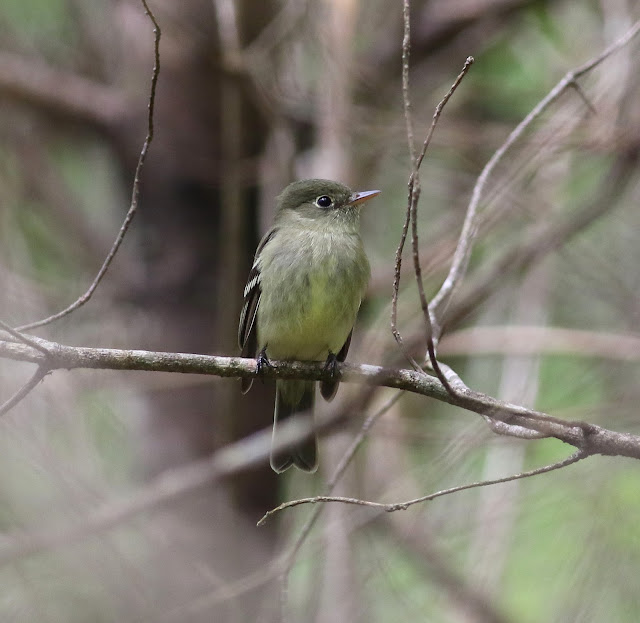 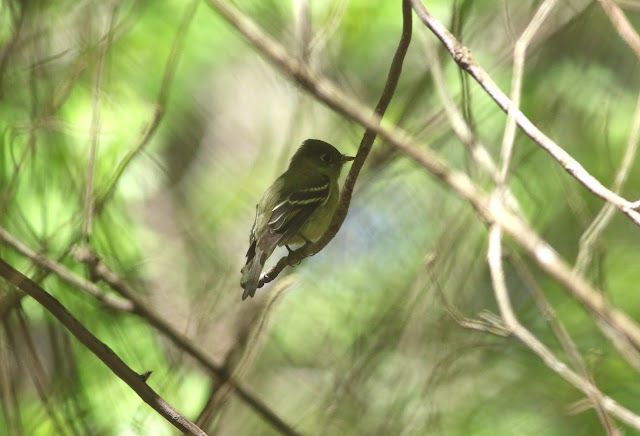 Scarcer migrants have included an excellent showing of Mourning Warblers with multiple birds turning up from the 27th-30th in Deerfield (2), Gill (2) and Montague (1), and Yellow-bellied Flycatchers appeared in Gill on the 23rd, New Salem on the 24th and Montague on the 30th. But the pick of the warblers would have to be the Kentucky Warbler found singing in Montague on the 31st - only my second ever in the county (and the Pioneer Valley) and strongly recalling this singing male in Gill in 2015; https://pioneerbirding.blogspot.com/2015/05/ma-kentucky-warblerin-gill.html
The bird in Gill stayed for over a week and it will certainly be interesting to keep an eye on the Montague individual. The latter bird sand vigorously for over an hour and appeared to be holding a territory. 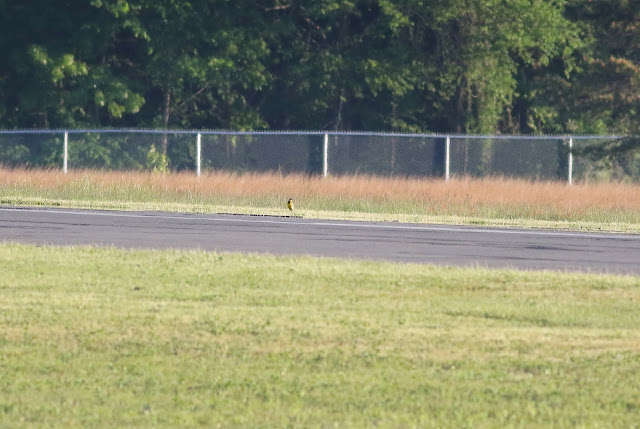 Other unusual passerines included a singing Eastern Meadowlark at Tuner's Falls Airfield on the 27th and a Red-headed Woodpecker in Montague on the 29th, the latter being quite territorial, drumming and excavating cavities. 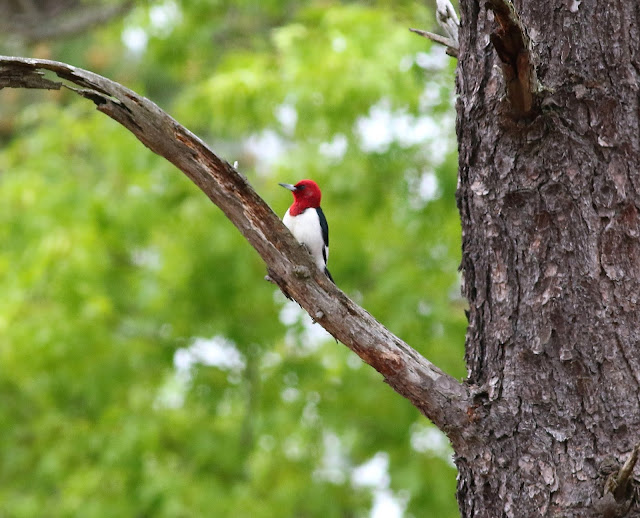 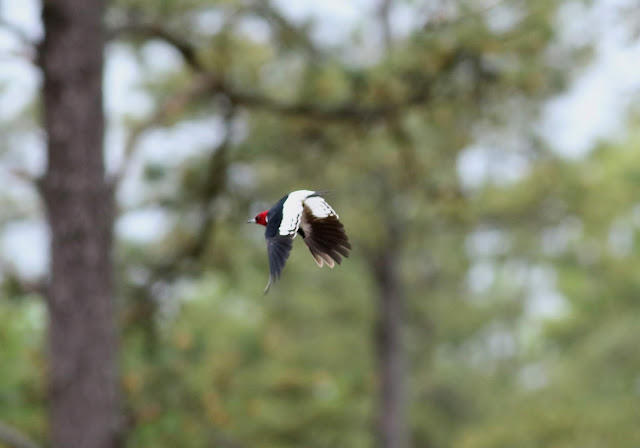 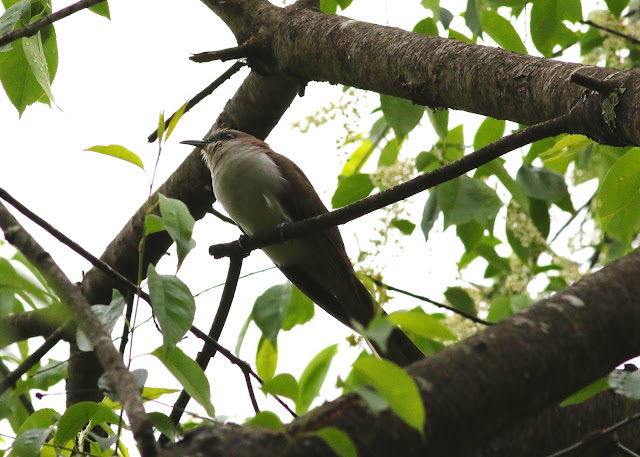 The 29th also produced a small shorebird 'event' at Turner's Falls after overnight rain and a significant drop in temperature with 54 Semi-palmated Sandpipers, 5 Semi-palmated Plovers, and single Least Sandpiper and Greater Yellowlegs. 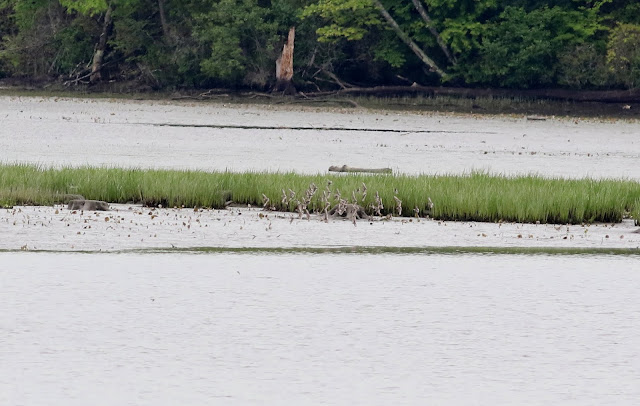