MA - another shrike in Gill

Wow! Yet another Northern Shrike along the Main Road corridor in Gill. I found this one while searching for a late Eastern Phoebe that I heard calling during my morning run on North Cross Road. I had no luck in relocating the phoebe but found the shrike teed up high on a thin dead snag across the street. This bird had a browner cast to the previous two birds , along with a weaker eye-mask. It's appearance was also typically brief and I lost touch with it whilst looking down at my camera to check the images. I also saw the continuing Northern Shrike at Boyle Road yesterday, a bird which I've now seen almost daily since December 1st. So, I'm pretty confident that we're looking at 2-3 Northern Shrikes working the fields along Main Road in Gill at the moment. 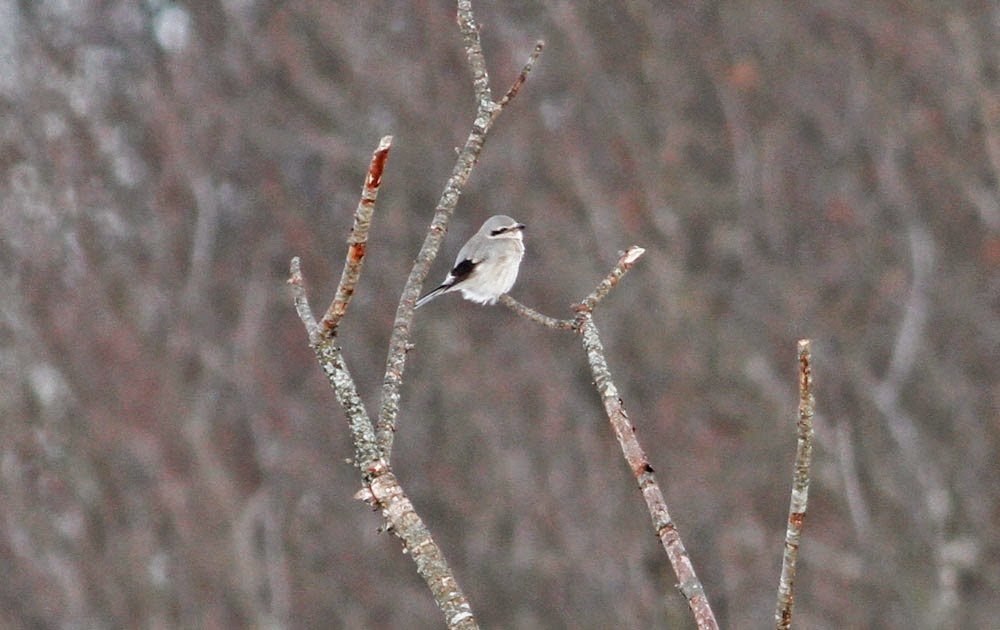