MA - beginning of fall migration of shorebirds in Franklin County

Feeling the need to kick the mid-summer doldrums into touch I headed out into northern Franklin County yesterday evening in the hope of finding one or two migrants to signal the start of autumn migration. I wasn't disappointed! More than twenty four hours of warm, muggy southerlies had brought heavy rain and thunderstorms to our region resulting in a lot of standing water and multiple 'pockets' of migrating shorebirds, all adults in summer plumage. My tally for the evening of July 23rd included;


In addition, small numbers of Killdeer at Caldwell Road, Satan's Kingdom and Turner's Falls Airfield and a Spotted Sandpiper at Satan's Kingdom were most likely local breeding birds. A Grasshopper Sparrow was singing out on the airfield at Turner's Falls with American Kestrels present there and at Caldwell Road, Northfield.  Indeed, the only disappointing site was Four Star Farms in Northfield which appeared to be completely devoid of shorebirds of any kind. 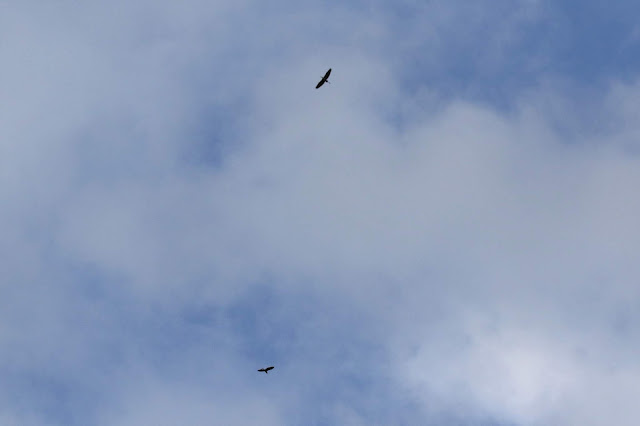 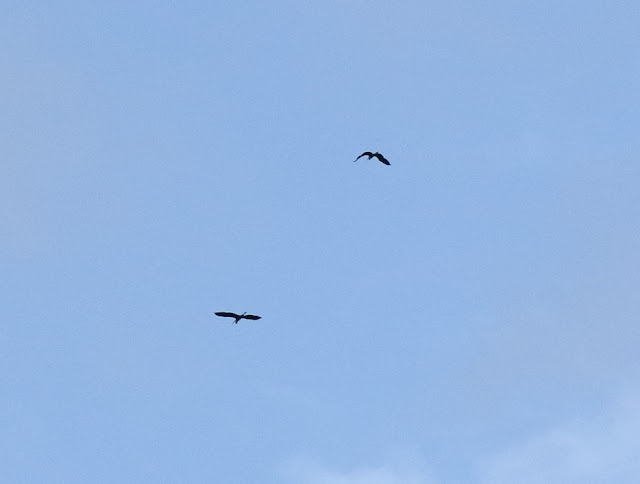 Towards the end of the evening I was intrigued to see and hear two Great Blue Herons moving north high over Barton Cove, Gill. The birds spent about three minutes circling high overhead before continuing north. I couldn't help but wonder why north? Post breeding dispersal perhaps?
Posted by James P. Smith at 4:52 PM No comments: