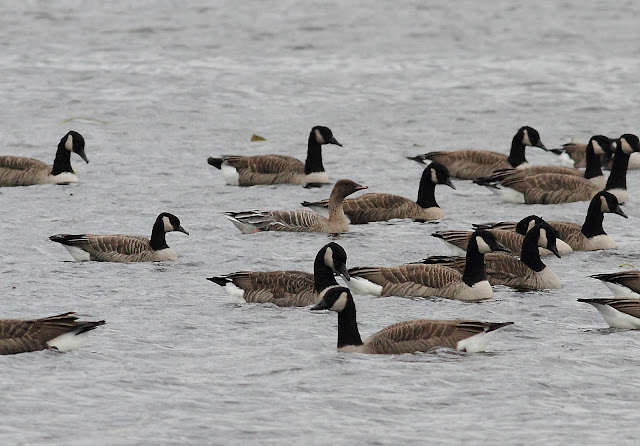 A Pink-footed Goose dropped into Barton Cove this morning, arriving from the north with a flock of migrant Canada Geese at around 11:30 hours. I actually saw the flock (and the Pink-footed Goose) from Unity Park, Turner's Falls though the birds landed on the Gill side of the river, eventually affording good views from Riverview Drive. This is my third record of Pink-footed Goose for the Turner's Falls area, the previous birds being on October 26th, 2011 and November 25th, 2015. 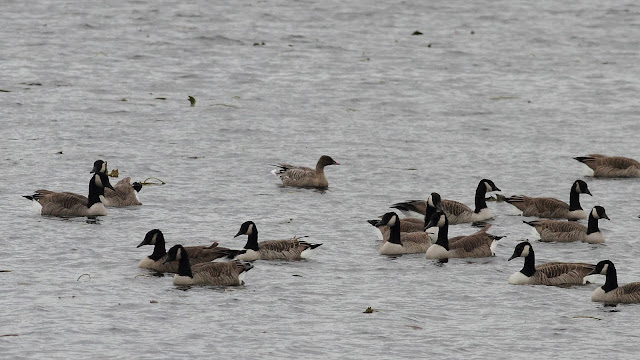 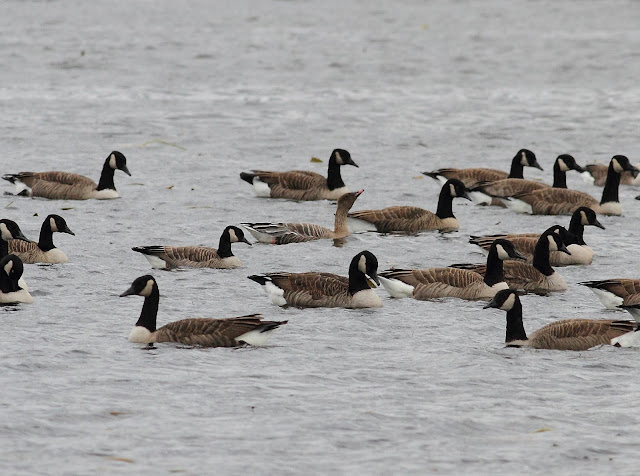 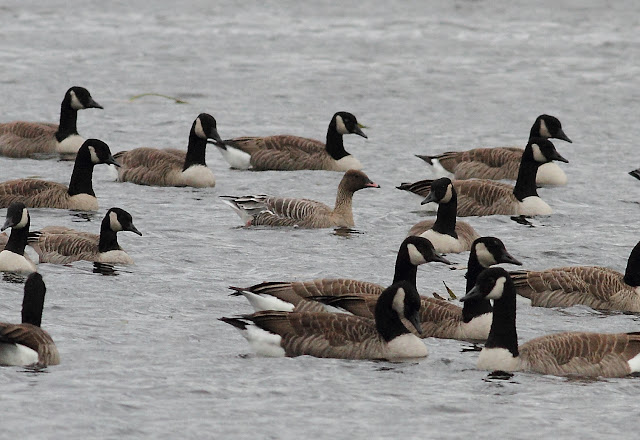 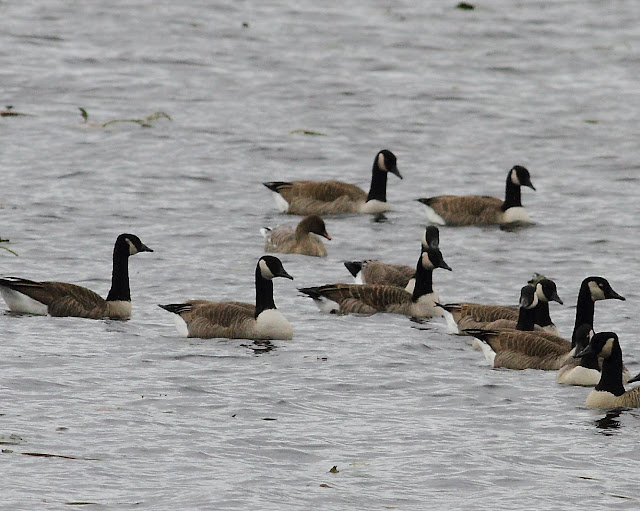 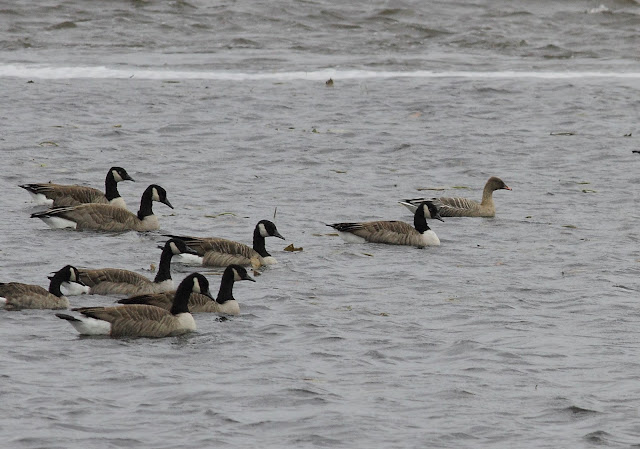 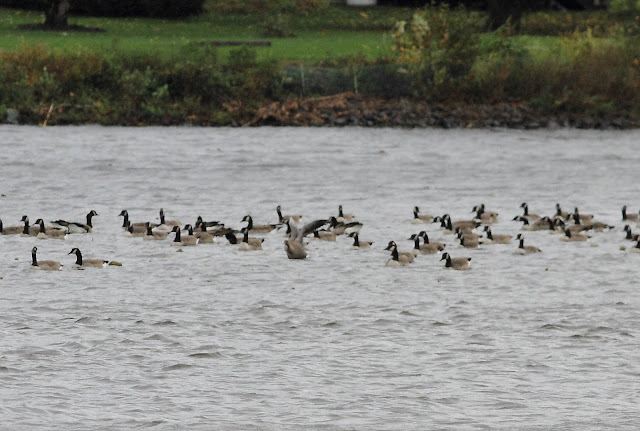 
The Pink-footed Goose salvaged what had otherwise been a very quiet and wet morning. As the skies cleared from the north-west, and the rain ceased at around 10:45 hours, raptors took to the air almost instantly with soaring birds visible everywhere including Cooper's and Sharp-shinned Hawks, several Bald Eagles and a lot of Red-tails though it was hard to determine if any of those were actual migrants. There was little evidence that the overnight storm had grounded any waterfowl of note though Barton Cove did have two Long-tailed Ducks which seemed to appear around the same time as the Pink-footed Goose. Late afternoon at the power canal found plenty of Canada Geese and three smart Black Scoters at close range. 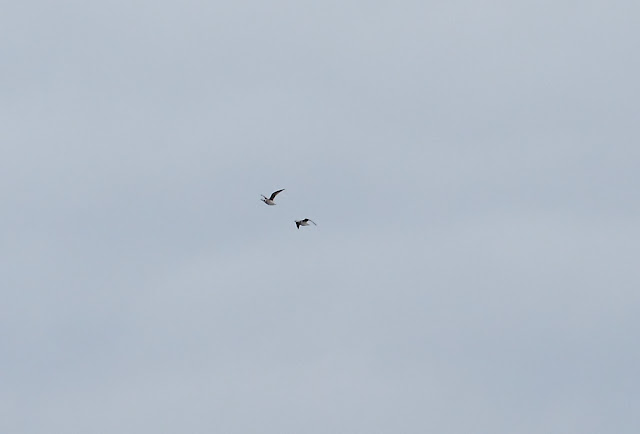 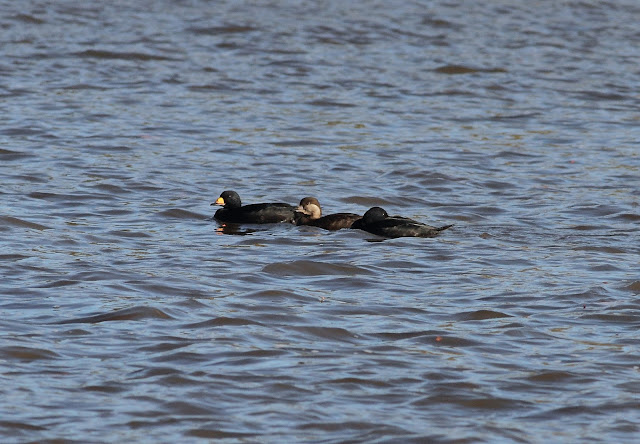 Back in Gill, the afternoon's soccer session with Matan produced nice looks (for both of us) of the last remaining Cattle Egret taking a ride of one of the Upinngil cows, easily visible from the school playing fields and rounding out a pretty nice day in the Gill/Turner's Falls area. 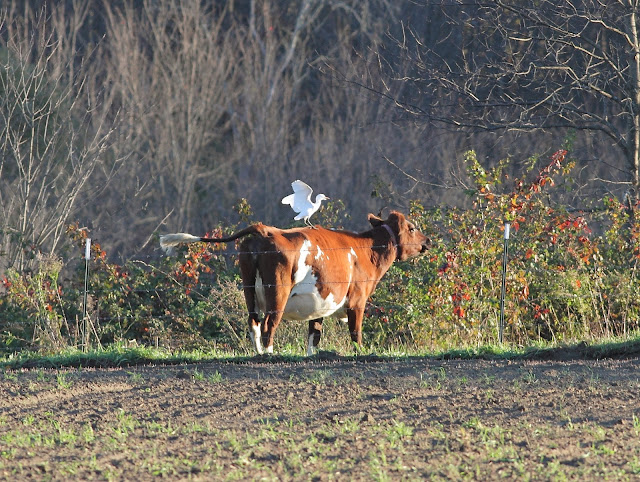