On Sunday morning I joined Scott Surner for our annual 'bash' around Hadley for Scott's sector of the Northampton Christmas Bird Count. We were fortunate to have perfect weather throughout the day. We were even more fortunate to be joined by Brian Kane and the three of us met at 7am for a dawn to dusk effort along the eastern side of the Connecticut River. Key sites included Hadley Cove, Food Bank Farm, Aqua Vitae Road, Hadley Honey Pot and the end of Meadow Street in North Hadley. We finished with about 53 species for the day, more than respectable for a field day in mid-December in the Pioneer Valley.

Highlights included the finding of a roosting Long-eared Owl, and close up observations of adult Peregrine and adult Cooper's Hawk. Good finds for our particular count area included a Hermit Thrush, a Yellow-bellied Sapsucker and whopping count of 24 Northern Pintail for the day.

Gracious thanks go Scott and Brian for sharing their field skills and good humor throughout the day. Scott did especially well since he started his day well before first light with a moderately successful owl-prowl in Amherst that included two Northern Saw-whets - not too shabby. How nice for him to have exquisite views of a Long-eared Owl to go with his spotlighted saw-whets! 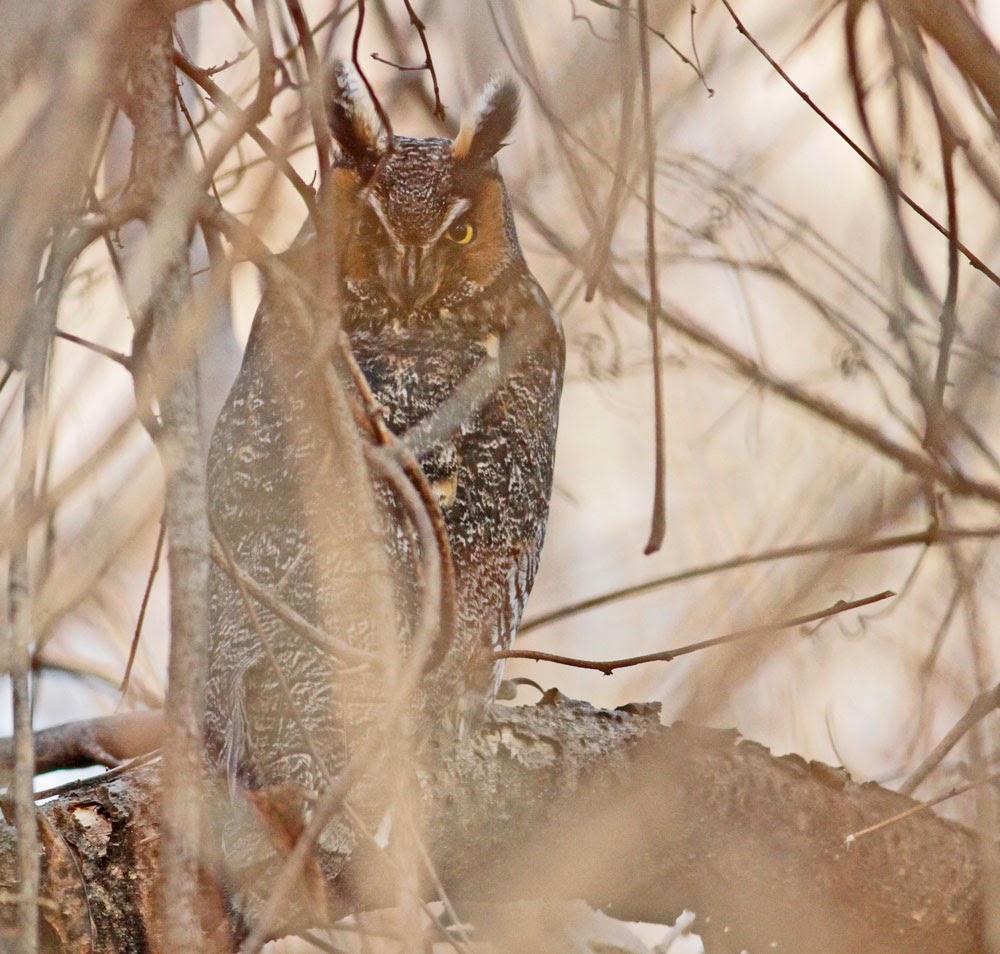 Long-eared Owl - Hadley, Hampshire Co., MA. December 14th, 2014.
Found in a dense tangle of shrubs alongside the Connecticut River and left undisturbed at its roost.
Certainly the highlight of the day from our sector of the Northampton CBC that consistently produces good birds. 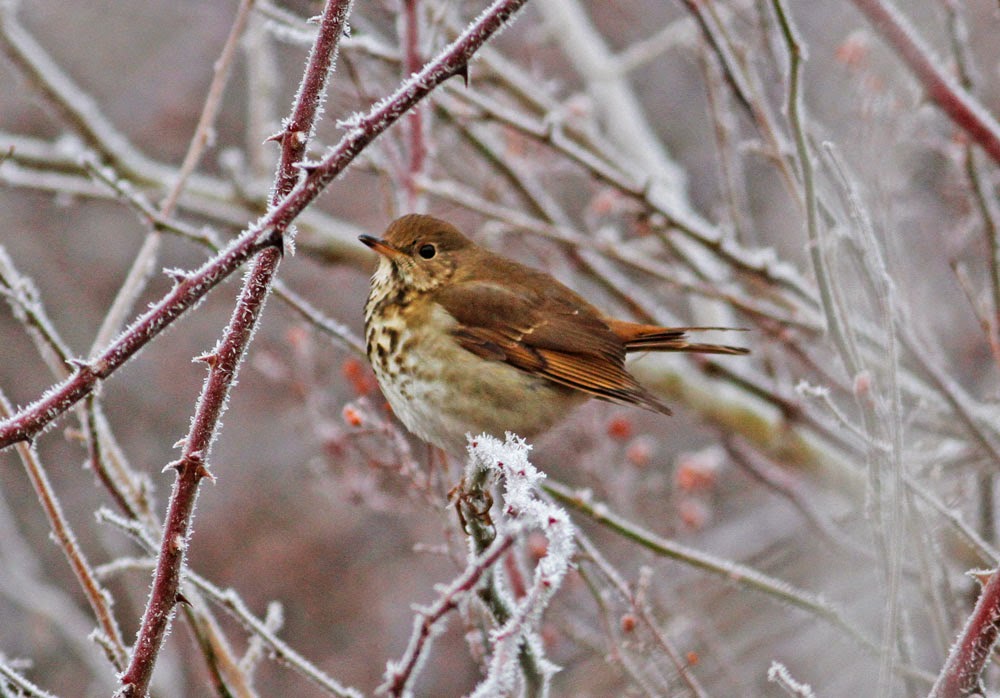 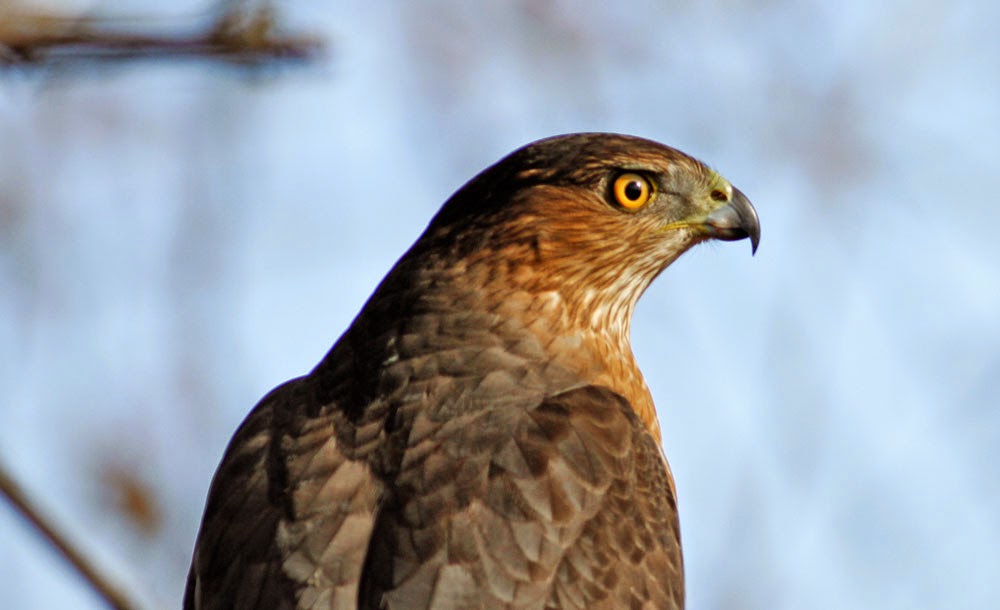 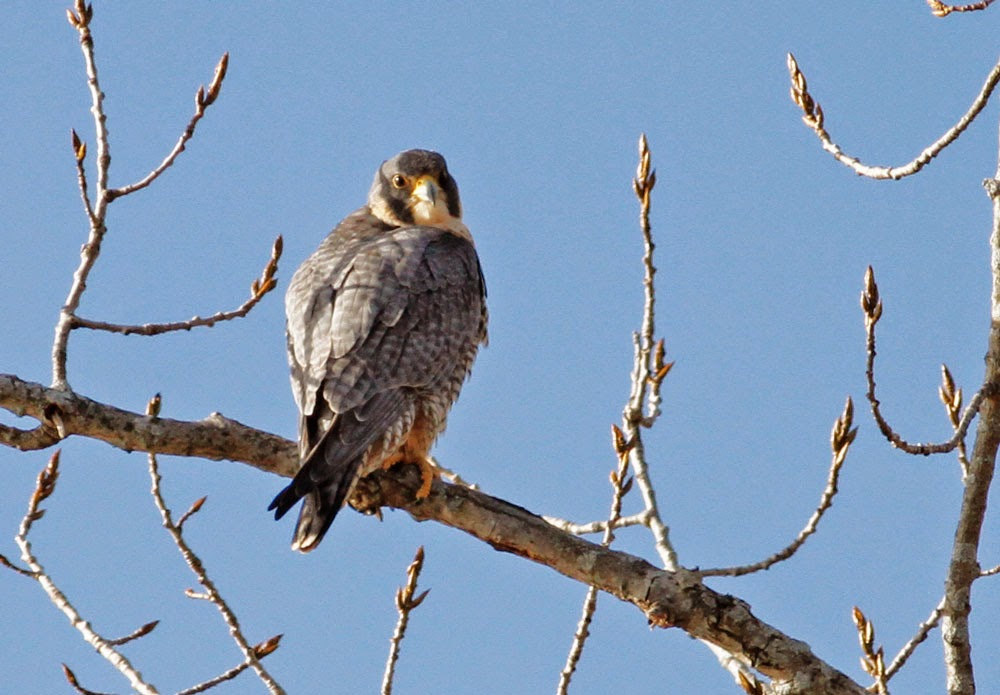 You, Scott and BK! Awesome group for sure. Glad you all did so well. Sunday was a beautiful day for a CBC...I did my local count also, highlighted by a late Eastern Phoebe.

Glad to see the long eared owls are still around the general area...another successful Northampton CBC.

We had a great day! Thanks to Scot and James for their effort and to James for spotting the LE owl, despite my pessimism about the habitat! bk

We had a great day and some good birds, thanks to James's and Scott's field skills. The quote of the day goes to James: "Long-eared owl, I kid you not!!"
bk

Nice job on the phoebe. I had a couple of late November birds up here and one in early Dec. Yes, it was a great day on Sunday and Scott and Brian were both on good form!