MA - catching up on a fine spring 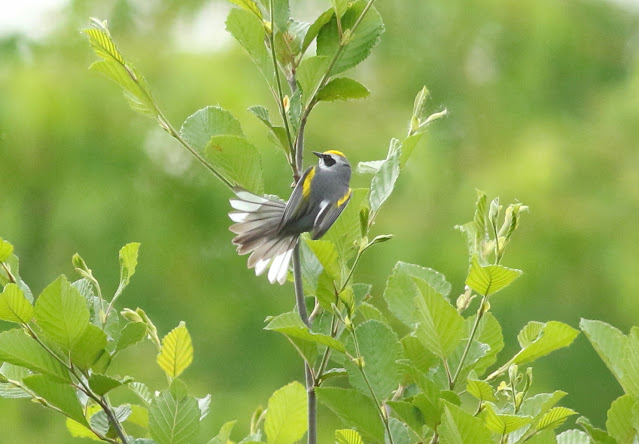 For one reason or another my blog features have been a little on the light side during the spring but that's not to say that it's especially been quiet, or that I haven't been active in the field. With so much uncertainty regarding travel and Covid-19 I made the decision to keep most of my birding relatively close to home and rarely ventured more than 20 minutes drive time from our house in Northfield. By the time the summer solstice had come around I couldn't help but notice that most of my spring birding had taken place almost exclusively within Franklin County. While that might sound limiting in some respects it did open up windows of discovery in others. In the event I carved out many hours of field time that I doubt can be repeated anytime in the future. 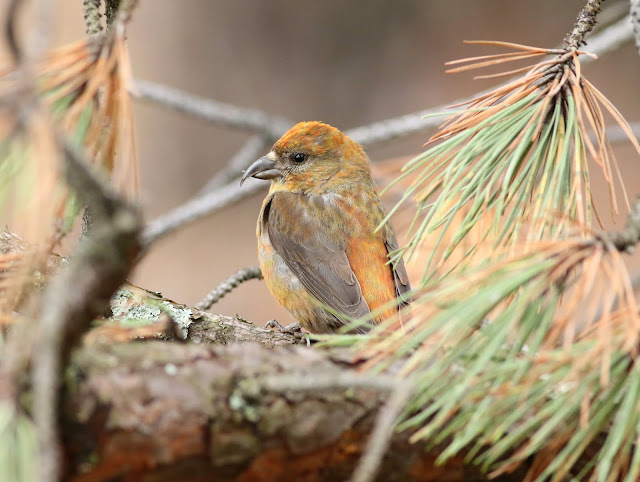 In many respects the major avian event of the spring continued to be the remarkable concentrations of hundreds of Red Crossbills in the Montague Plains WMA, an influx that raged on well into late May. White-winged Crossbills lingered through to mid-April and a few could be heard singing towards the end of their stay. Crossbills ended up being a big attraction and I spent many hours recording them and attempting to learn, thanks to expert guidance from Tim Spahr, as many different call types as possible. More on those in a separate post sometime in the future. 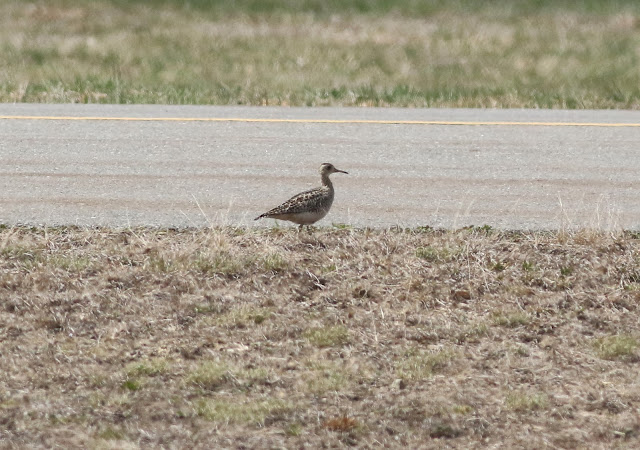 Crossbills aside, a number of other species caught my attention during the spring, primarily because I'm often away tour during the key periods and regularly miss out on the occurrence of locally rare species. The first of the these was an Upland Sandpiper found by Scott Lachance by the public viewing area at Orange Municipal Airport on April 19th. This particular spot has become somewhat 'hallowed' turf having produced late fall records of Scissor-tailed Flycatcher and Northern Wheatear in years past. Matan was on April break that week but in recognizing that the Upland Sandpiper was probably going to be a one day event I dragged him along and bribed him with the promise of a mountain bike ride afterwards! We both had superb views and, although he'd never admit it, I think he secretly enjoyed the experience....and he still rode his bike that morning! Upland Sandpiper is a rare breeding bird in the Pioneer Valley with a small population inside the perimeters of Westover Air Base near Ludlow in Hampden County. However, it appears to be extremely rare in Franklin County and I couldn't find any local ebird reports more recent than September 2004! Certainly, I'd never heard of an Upland Sandpiper occurring in Franklin County since we moved here in 2010, least of all one that could be chased. So thank you Scott Lachance for the wonderful find! 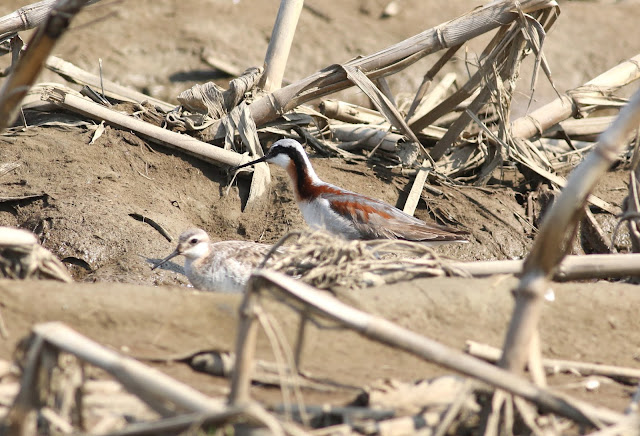 Prolonged spells of warm dry weather coupled with clear blue skies in the last two weeks of May were not at all conducive to fall-outs at a time of year that traditionally produces quality shorebirds, often in full breeding plumage. With that in mind, and combined with the near-drought conditions, Theresa Gessing's discovery of three Wilson's Phalaropes Northampton's East Meadows on May 19th was a real shocker! The phalarope party delighted many, myself included, in a very dusty East Meadows, the birds seemingly finding the only damp patch in the meadows for miles around. Wilson's Phalarope has yet to be found in Franklin County (or at least logged in ebird) and is rare in the Pioneer Valley, and I had little trouble justifying the 30 minute drive south into Hampshire County to see these wonderful birds....and they put on quite the show! 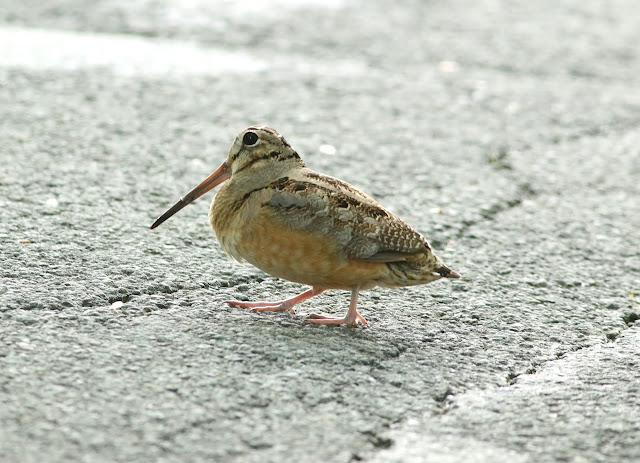 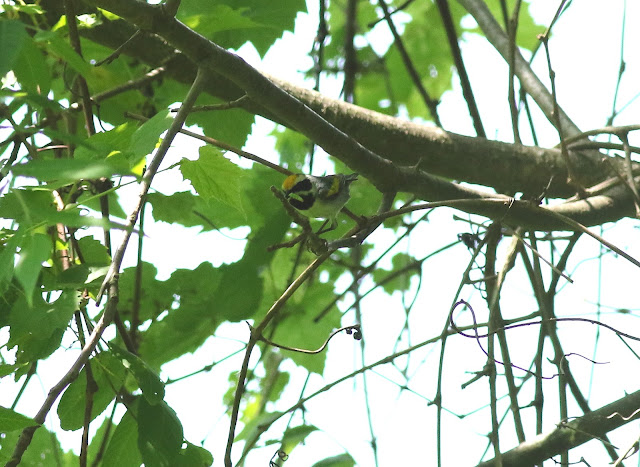 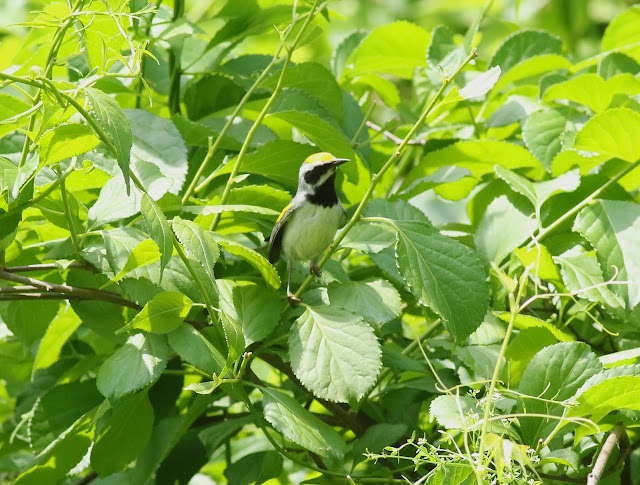 Golden-winged Warbler - Montague, Franklin Co., MA. June 19th, 2021.
Male approaching the nest which was on the ground about 10 inches below this perching spot. 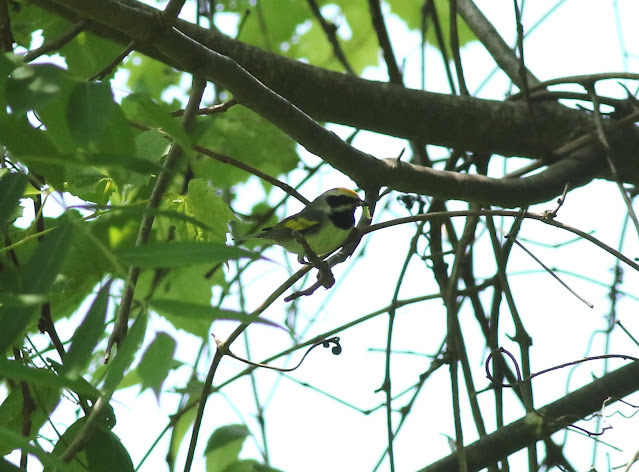 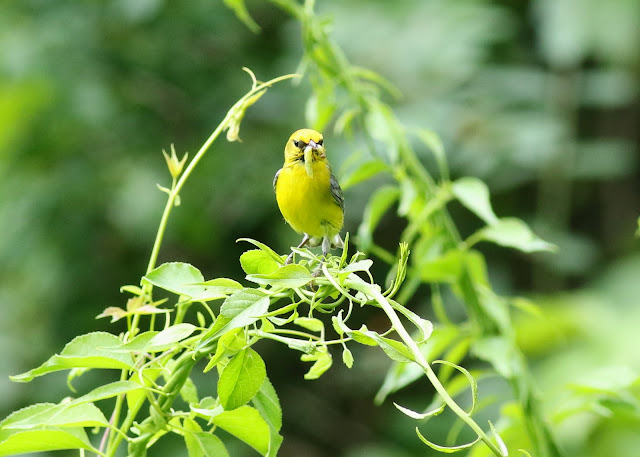 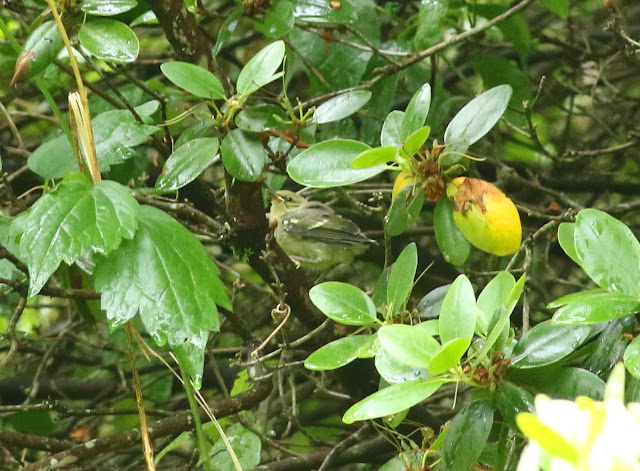 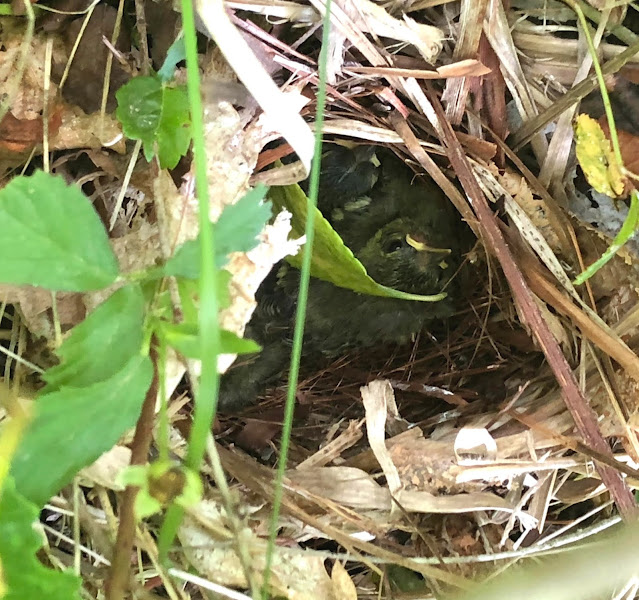 While early June will see most species settling down for the breeding season, it can also produce (and often does!) one last 'toot' from the horn of spring and this year was no exception. Montague turned up a fine singing male Hooded Warbler on the 3rd only a few meters away from the Golden-winged Warbler's territory. The Hooded Warbler sang vigorously for about twenty minutes and then promptly disappeared just as suddenly as it first appeared. While pretty rare in Franklin County, Hooded Warbler records are increasing in the neighboring counties and I'm sure we can expect more of them in future springs. 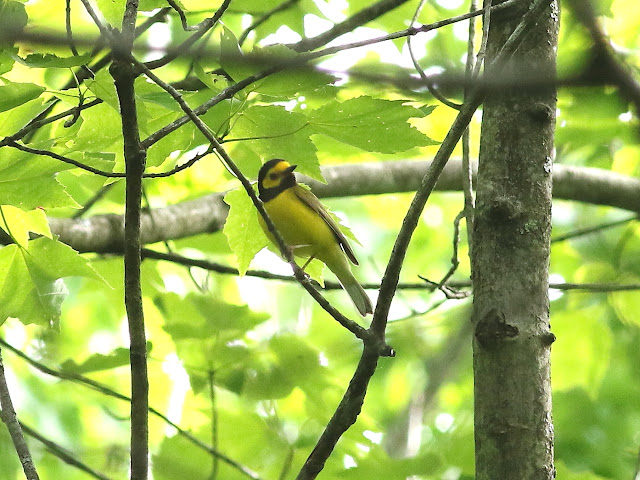 June also turned up what must surely be one of the most overlooked and discrete migrant breeders in Franklin County?! I was fortunate enough to be standing in the exactly right place at one of the Deerfield Marshes when a female Least Bittern flew across the cattails, 'crash landed' and promptly disappeared. Long story short, I traded an attempt at photos for prolonged flight views and never relocated it. However, the experience provided a good excuse to get out the colored pencils and make a sketch from raw field impressions. 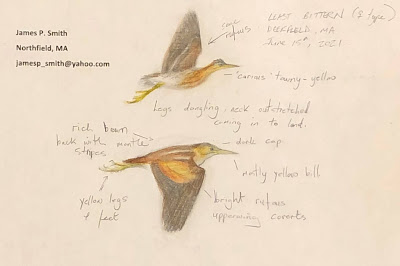 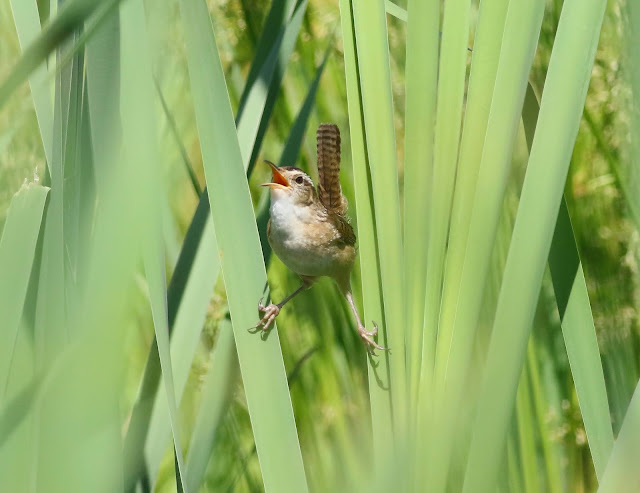 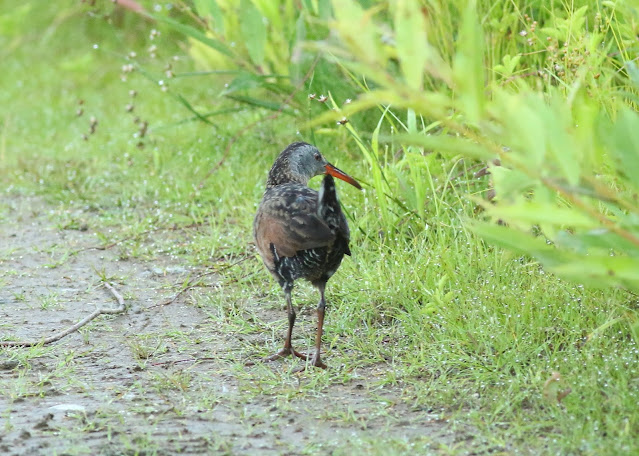 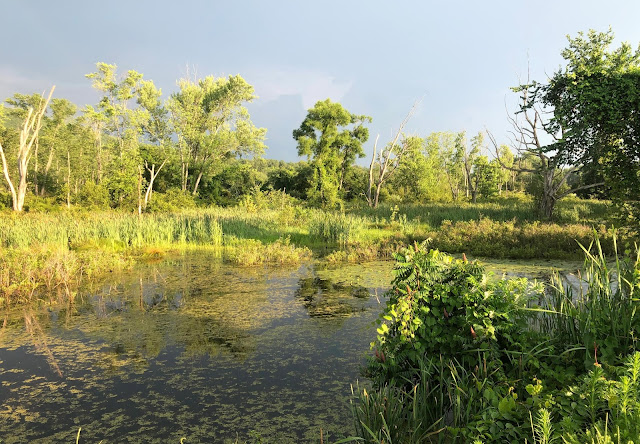 Deerfield, Franklin Co., MA. June 29th, 2021.
Franklin County is full of small, majestic wetlands like this begging the question;
just how many pairs of Least Bitterns are out there?! 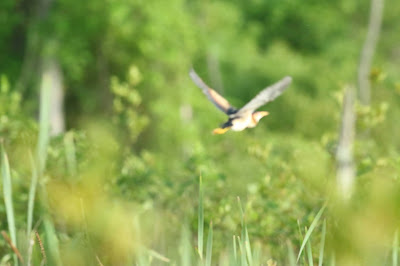 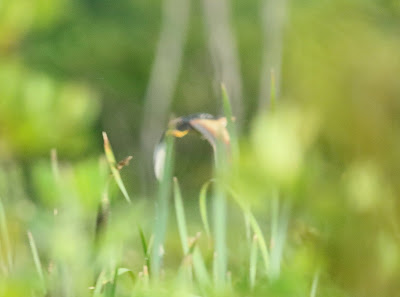 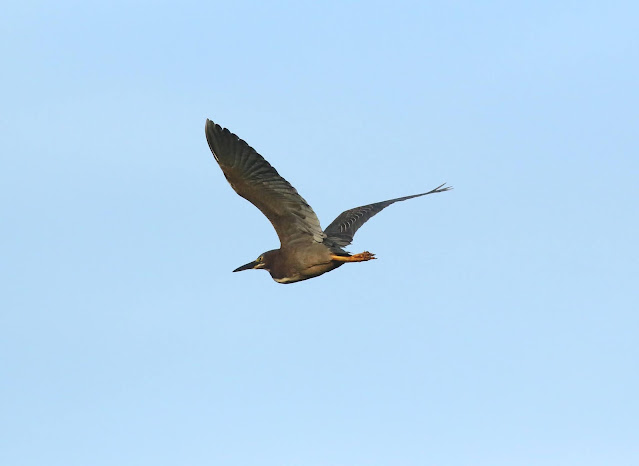 Least Bitterns appear to have been rarely reported in Franklin County over the years and I could only find half-a-dozen records in ebird, the most recent coming from May 2013....and none of those appear to have been photographed or sound recorded. All that changed towards the end of June as at least two or three pairs of Least Bitterns settled down in the Deerfield marshes for the breeding season and several birders made sound recordings of the resonant, rhythmic 'cooing' of Least Bitterns alongside the Marsh Wrens, Green Herons and Virginia Rails present in the same area.

There were, of course, many other highlights from the spring but these observations stand out as being some of the more memorable and satisfying. In terms of other fauna, well I had a fantastically close encounter with a Black Bear in May, a month that also produced my first ever Eastern Box Turtle in the Montague Plains. 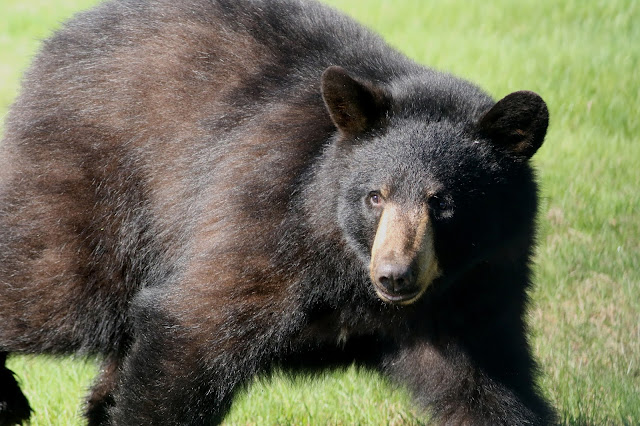 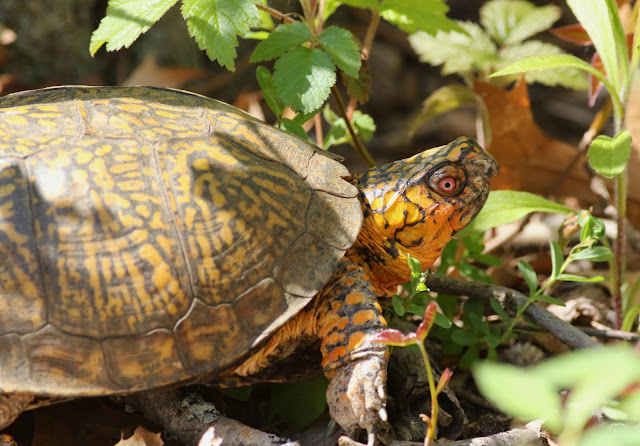 Eastern Box Turtle (male) - Montague. Franklin Co., MA. May 14th, 2021.
July is almost upon us and it's just about time to look forward to some autumn migration!