MA - migration surge at the end of April. 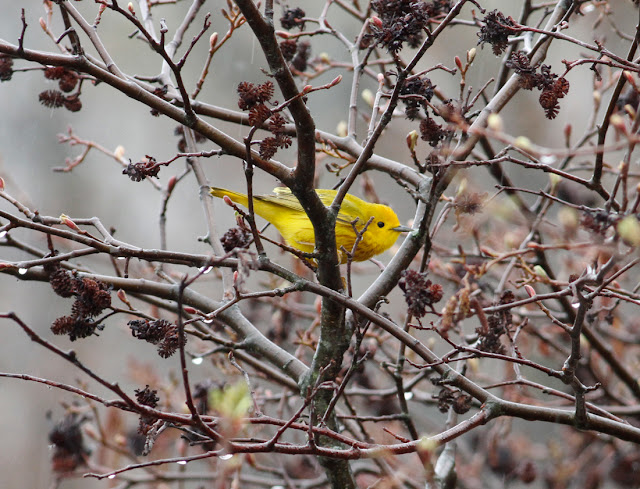 Unfortuanely, I haven't had a lot of time for blog posts this month but it's certainly been lively in Gill and the surrounding towns with widespread arrivals of American Kestrel, Hermit Thrush, Pine Warbler, Yellow-bellied Sapsucker, Brown Thrasher, Eastern Towhee, Field and Swamp Sparrows and Purple Finch. A broad 'wave' of Ruby-crowned Kinglets passed through Gill on th 17th - 19th and thier rapid-fire warbling songs were common sounds in the woods and yards. I estimated at least 30 in Gill alone on the 18th. With them came th first Blue-headed Vireos and Blue-gray Gnatcatchers. 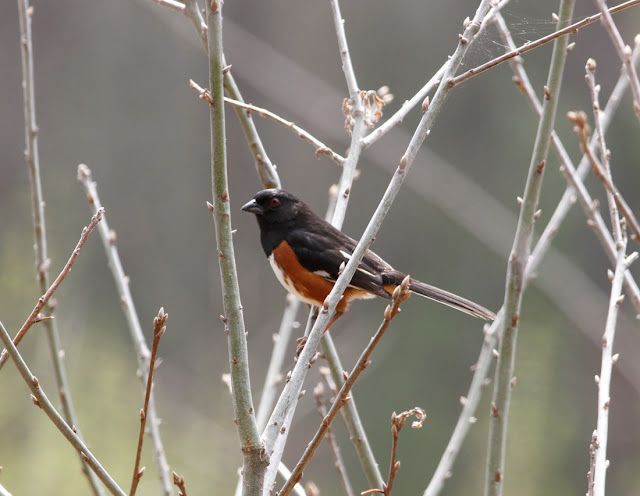 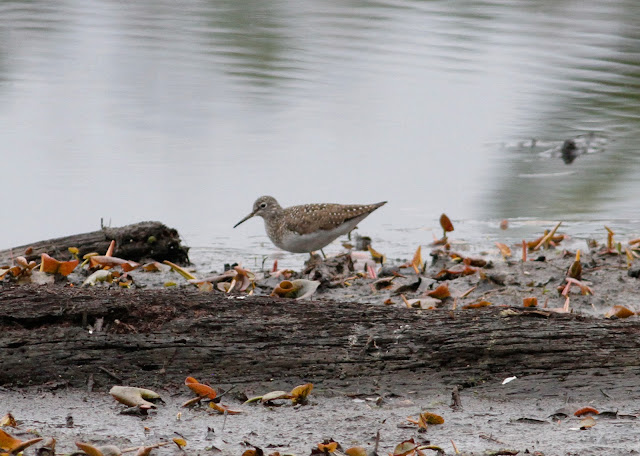 Louisiana Waterthrushes first returned on the 11th, earlier than my first last year, with singing males already widespread by the 14th/15th. Despite being absent through the fall and winter, it was really great to hear two Winter Wrens singing off North Cross Road throughout the first two weeks of the month, with another at the Turner's Falls Rod & Gun club on the 25th, and one off Hoe Shop Road on the 29th. A House Wren singing from a yard on Boyle Road, Gill on the 13th was also earlier than average. 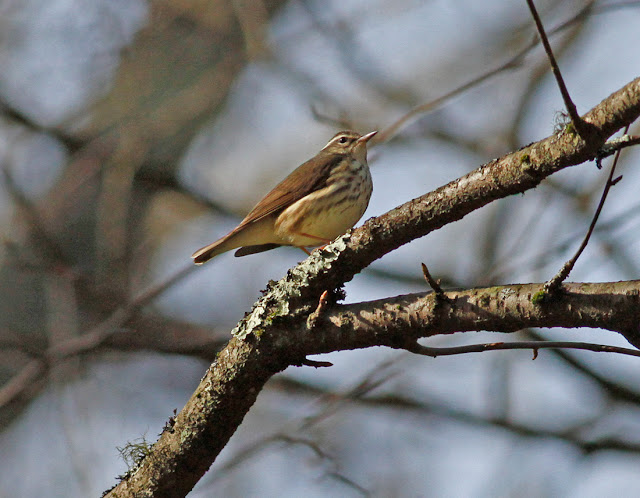 Louisiana Waterthrush - male, Gill, Franklin Co., MA. April 11th, 2017.
First of the year and quite early but more widespread from the 14th with 20+ singing male in the Gill area alone.

Other early migrants included Baltimore Orioles in Old Deerfield on the 24th and Gill Elementary on the 25th, plus a Yellow Warbler singing at the Turner's Falls Rod and Gun Club on the 25th, and a Black-and-White Warbler in Gill Center on the 26th.

Barton Cove has been 'heaving' with migrant swallows on rainy or heavily overcast days with large numbers of Tree, Northern Rough-winged and Barn Swallows, with a few Bank Swallows appearing from the 25th. Similar conditions have also produced a few single Bonaparte's Gulls throughout the month plus pairs of Long-tailed Ducks on the 5th and 19th. 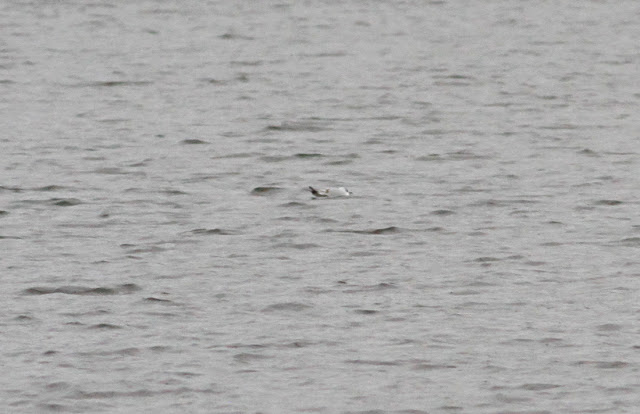 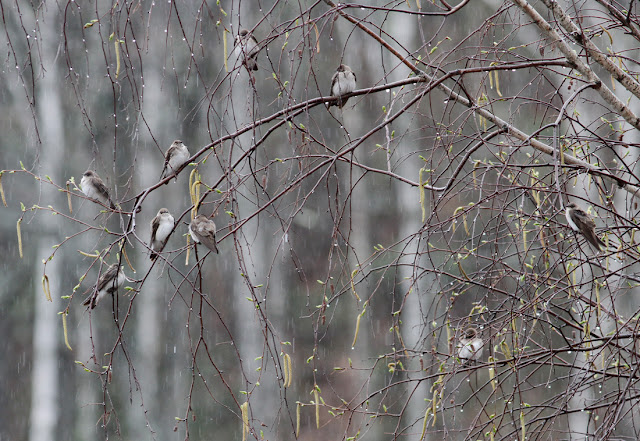 Warm muggy days, combined with fog and drizzle produced a strong push of migrants and summer breeders towards the end of the month: 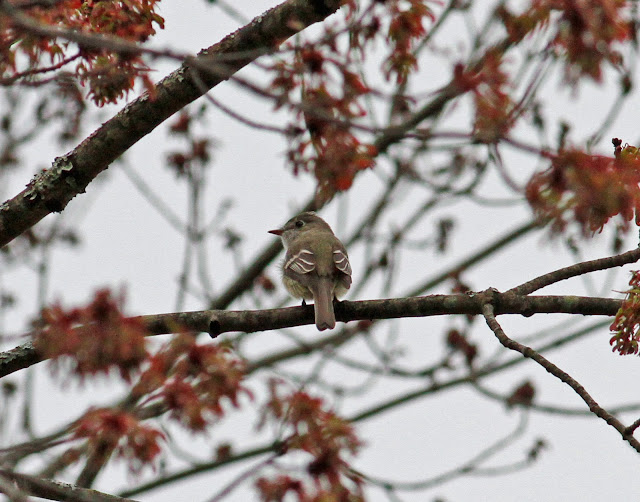 28th; Remarkable day - A Great Egret by the CT River in Gill. My first spring record. A Snowy Egret at Turner's Falls Road & Gun club, courtesy of a text from Eric Huston - my first ever in Franklin County since I began observations in 2005. Also four or five Virginia Rails in a small wetland in Gill and a slew of year-firsts including Ruby-throated Hummingbird, Wood Thrush, Common Yellowthroat, Northern Waterthrush and Rose-breasted Grosbeak. Barred Owl calling throughout the morning on River Road, Gill. 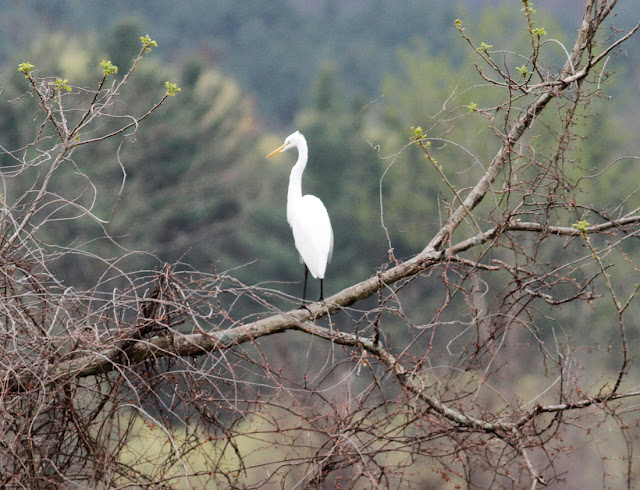 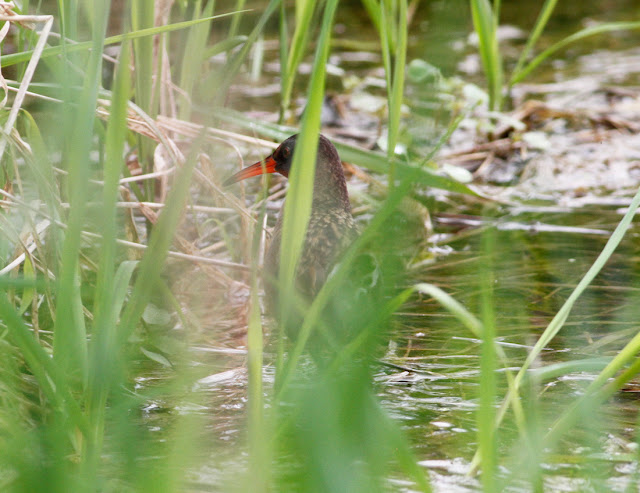 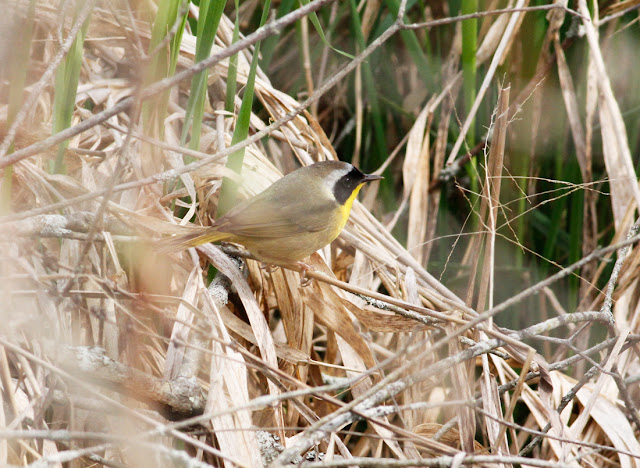 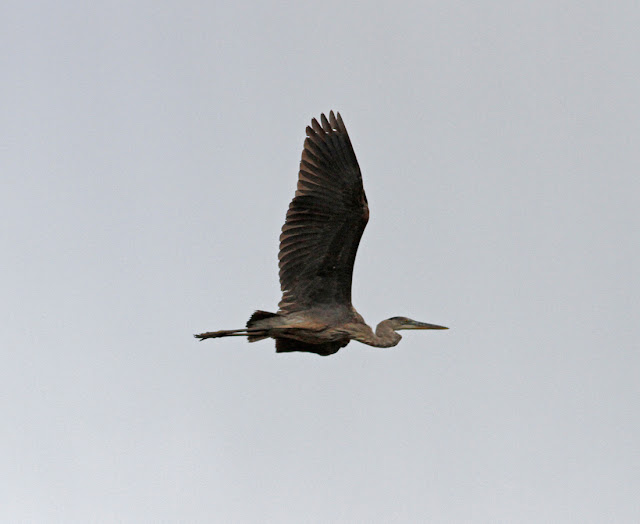 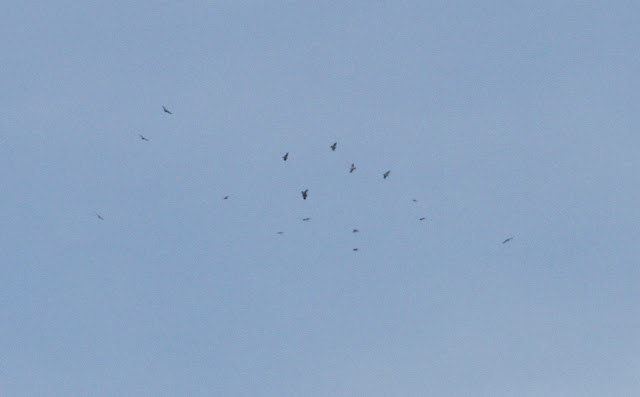 April 24th was a gorgeous, warm spring day in Western Mass with winds in the southern quarter throughout the day. After dropping Matan school I opted for a quick drive along River Road in Gill and stopped for what should have been a five minute stroll along the fields.  A quick scan above the treeline produced a couple of soaring Broad-winged Hawks. Rather too quickly I assumed they were recently arrived local breeders. Minutes later, a small kettle of 8, then 12 Broad-wings formed in the same spot where the previous two birds had been. From that moment on, the following 90 minutes saw an excellent northward migration of Broad-winged Hawks along the Connecticut River in Gill. Several other species enjoyed the warm air and favorable conditions and by the end of the 90 minutes I'd logged; 5 Common Loons (all in breeding plumage), 4 Double-crested Cormorants, 12 Turkey Vultures, 5 Sharp-shinned Hawks, 2 Merlins, 2 Ospreys and 225 Broad-winged Hawks. The latter included several large kettles of up to 42 birds and was easily the most intense migration of raptors that I've seen in Gill. 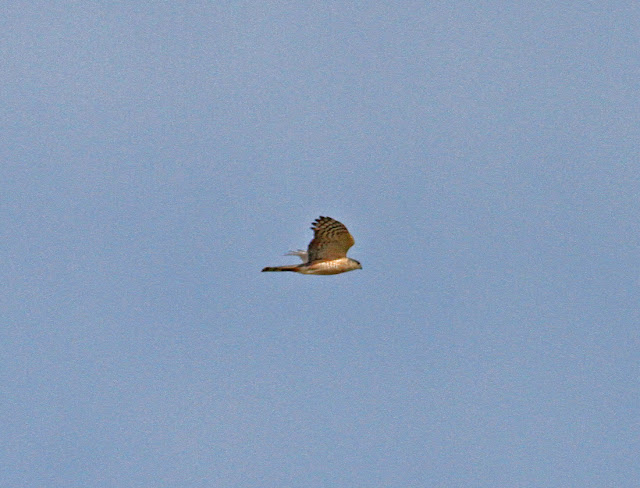 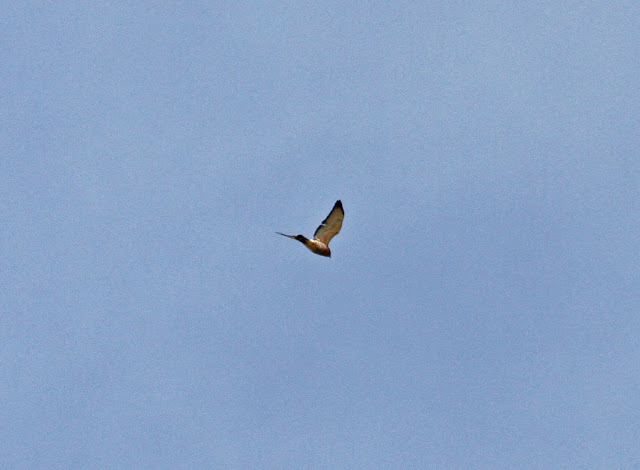 Broad-winged Hawk - over farm fields, River Road, Gill, Franklin Co., MA. April 24th, 2017.
A fantastic morning for this species in Gill with some kettles containing up to 42 birds.
The closer birds, like this one, moved through incredibly quickly. 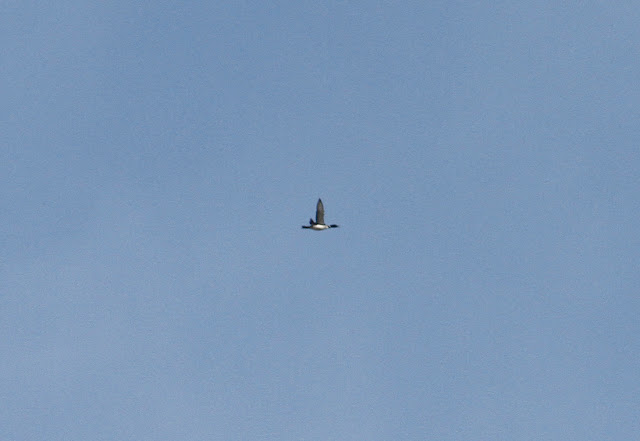 Common Loon - northbound over farm fields, River Road, Gill, Franklin Co., MA. April 24th, 2017.
I rarely see Common Loons away from Barton Cove, so to have a five in a morning (all breeding plumage birds migrating north) was certainly notable for the Gill area.