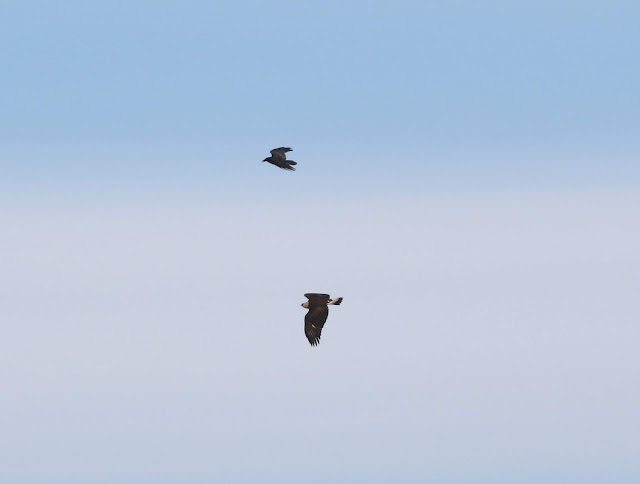 Another cold, crisp morning (- 4 deg F at dawn) bringing a stark beauty to the local fields and hedgerows in northern Franklin County. The day started well with another Barred Owl along Main Road in Gill. After dealing with errands and a quick visit to the Northfield Transfer Station I cruised along Caldwell Road, Northfield finding a couple of hardy Savannah Sparrows and then decided to take my chances just up the road in Vernon, Vermont. Despite being less than 10 minutes from my house in Northfield, I rarely bird the Vernon area so decided to have a quick look at Pond Road, just a mile or so north of the Massachusetts/Vermont state line. Initially things seemed quiet as is often the case in mid-winter but I soon came across a flock of around 75 Horned Larks. After some careful scanning, I found a couple of Lapland Longspurs and even a Redpoll dropped in to join the party! I was thrilled with the longspurs, only serving to reinforce my belief that this is an absolutely stellar winter for the species in the Connecticut River Valley. Feeling like I might have had my luck for the morning, I was already heading for home when I noticed two Common Ravens mobbing an eagle-sized raptor with rich brown upperparts, and a strikingly white tail with a thick black terminal band - Golden Eagle!! I did what I could for record shots and then pulled over to a safe spot on the road fully expecting to see a Golden Eagle soaring behind me but the sky was empty. In the few seconds that it had taken me to pull over and park the eagle had evidently stayed low and perched out of view, or at least out of view from the roadside. 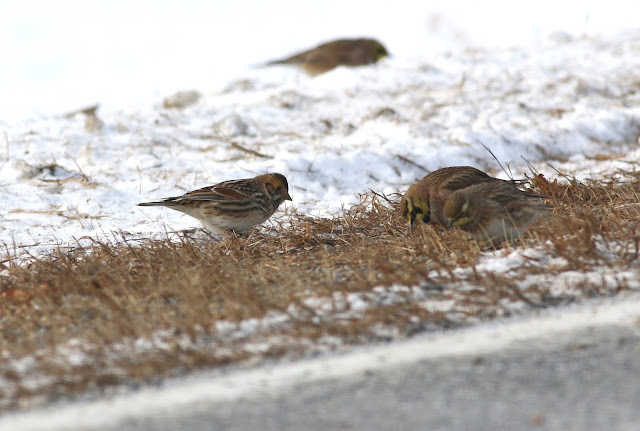 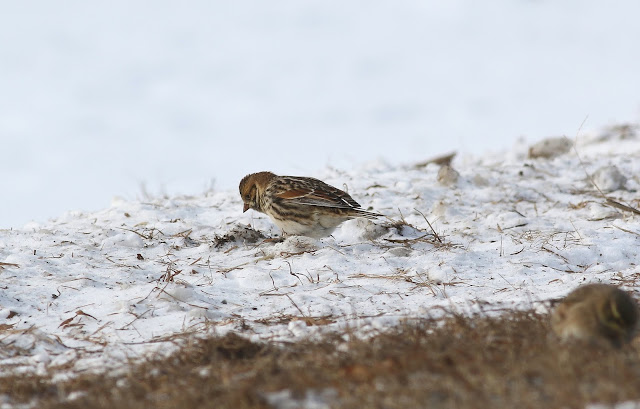 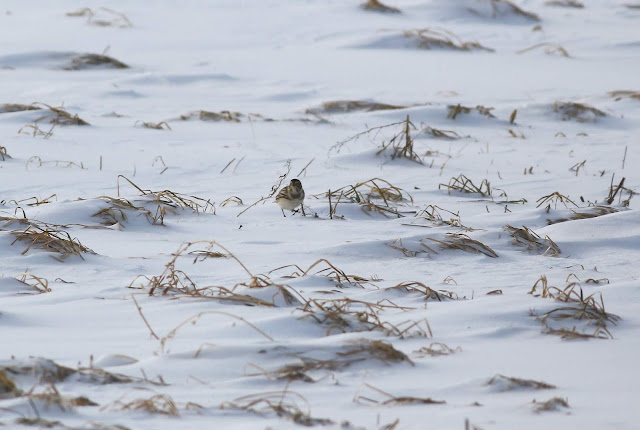 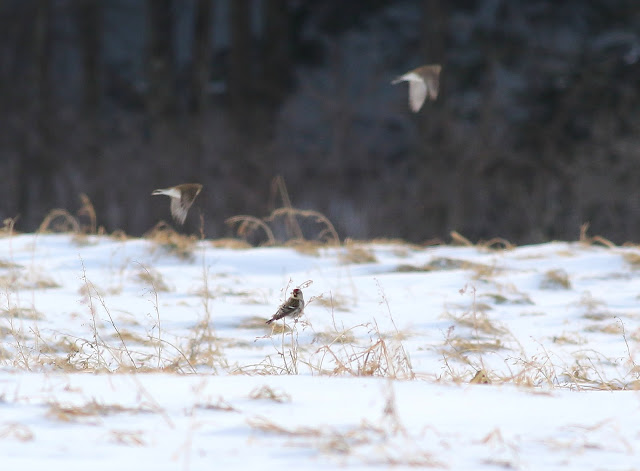 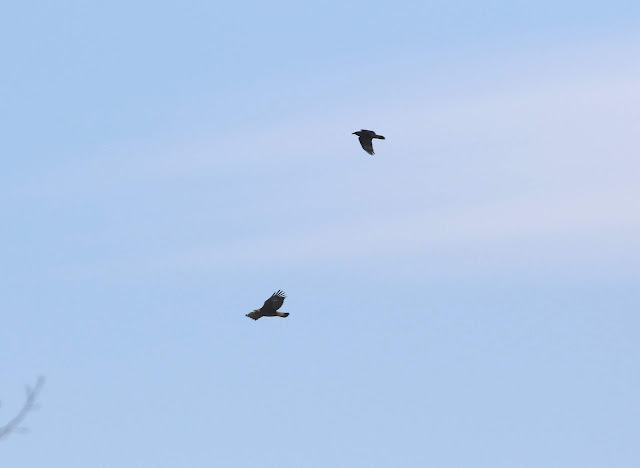 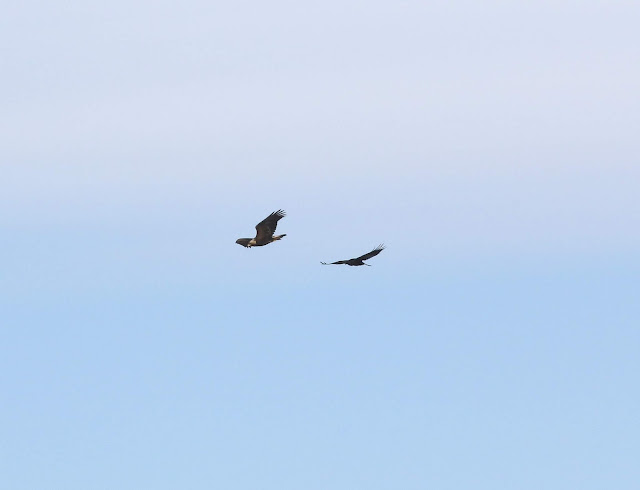 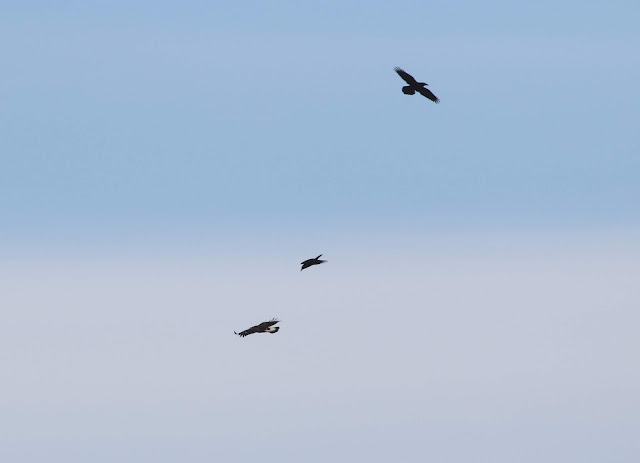 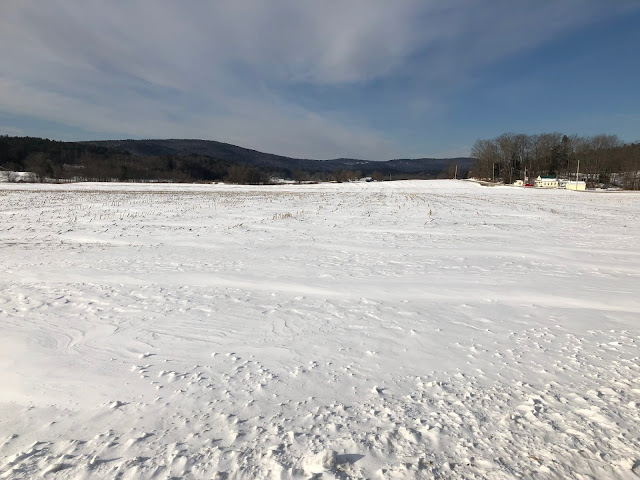 That was one helluva fifteen minutes along Pond Road in Vernon, a mere 10 minutes north of home in Northfield - not too shabby!
Posted by James P. Smith at 11:15 AM 1 comment: