So, the 'purple patch' in the Pioneer Valley continues.

I'd just finished a four-mile run in Gill and was about to drive home when I thought I'd better check the Western Mass Birders Facebook page...and I'm glad I did! Steve Moytl had just posted rather briefly "Second hand report from Bob Zadja of adult Ross's Goose at Bartons Cove". I was just five minutes away and, despite not having my camera with me, could hardly resist a quick look. Scanning from Riverview Drive in Gill I soon picked up two white geese among hordes of Canadas, one them clearly being the described adult Ross's Goose. The whole flock slowly drifted across from Turner's Falls and started linger on the Gill side of the river at which point I put out an additional alert on WMB and then headed home for my camera. In between times Scott Surner had also received a call from Bob Zadja, and called me just to make sure that I was in the loop. About an hour later, Scott and I were enjoying the Ross's Goose together as it grazed with Canada Geese and two Snow Geese off Riverview Drive. Apparently, according to WMB, it spent much of the day in the same spot allowing many local birders to catch up with it.

Kudos to the finder Bob Zadja, and to Steve Moytl for getting the word out so quickly on WMB. 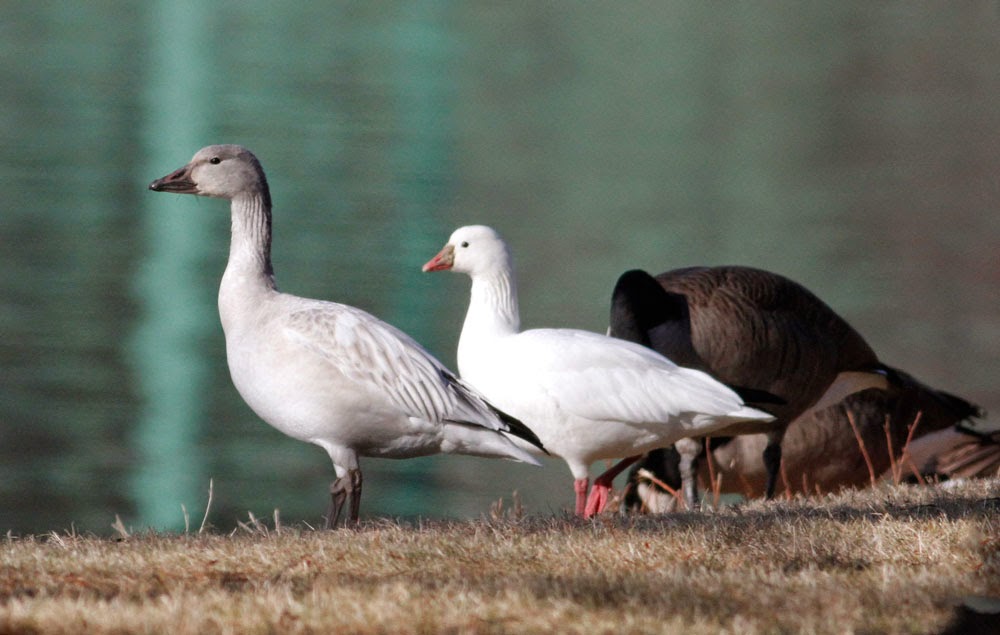 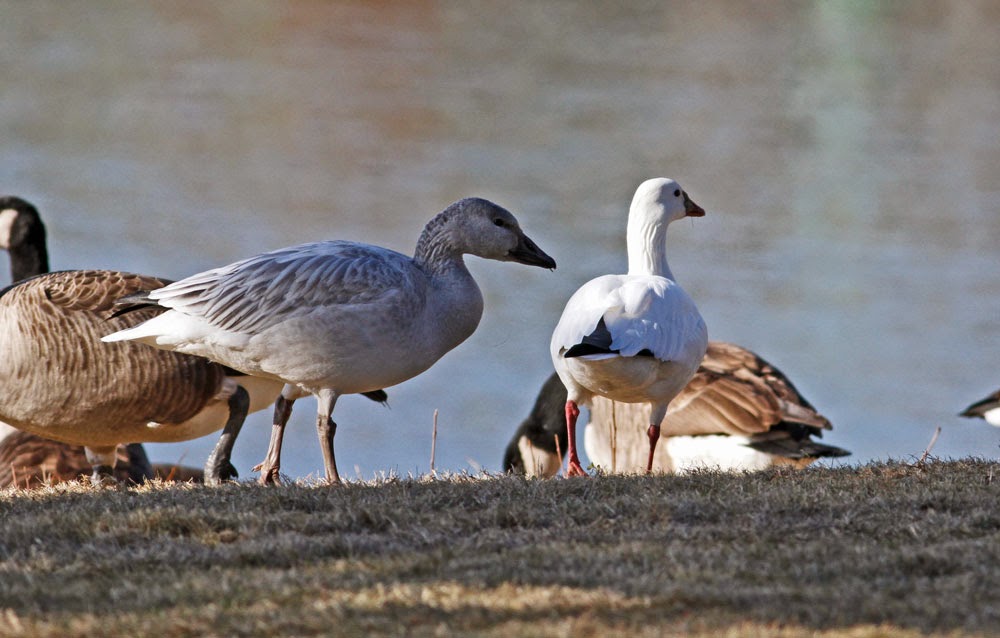 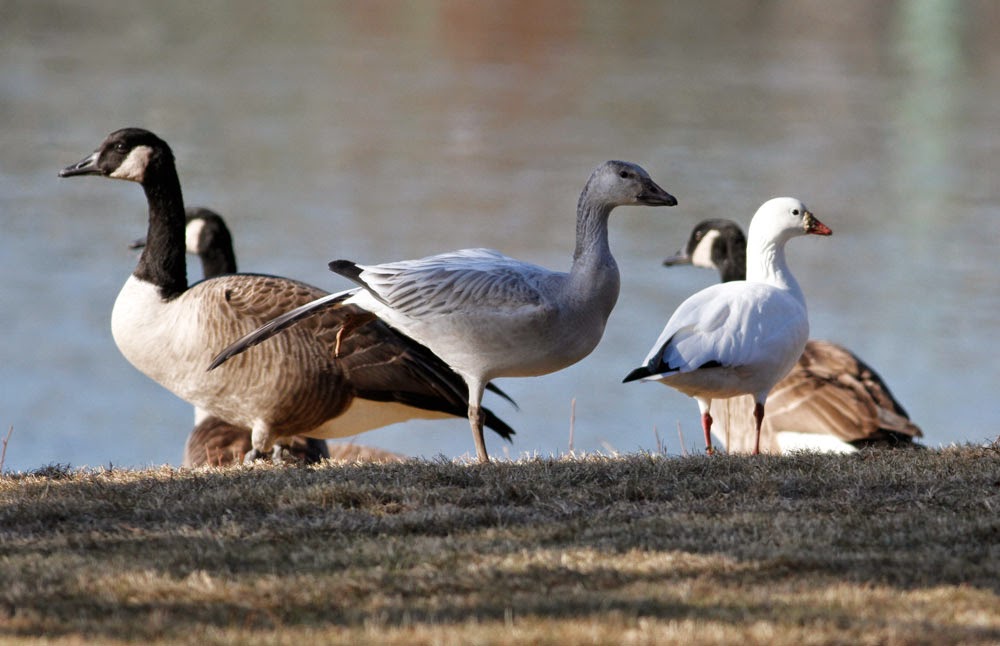 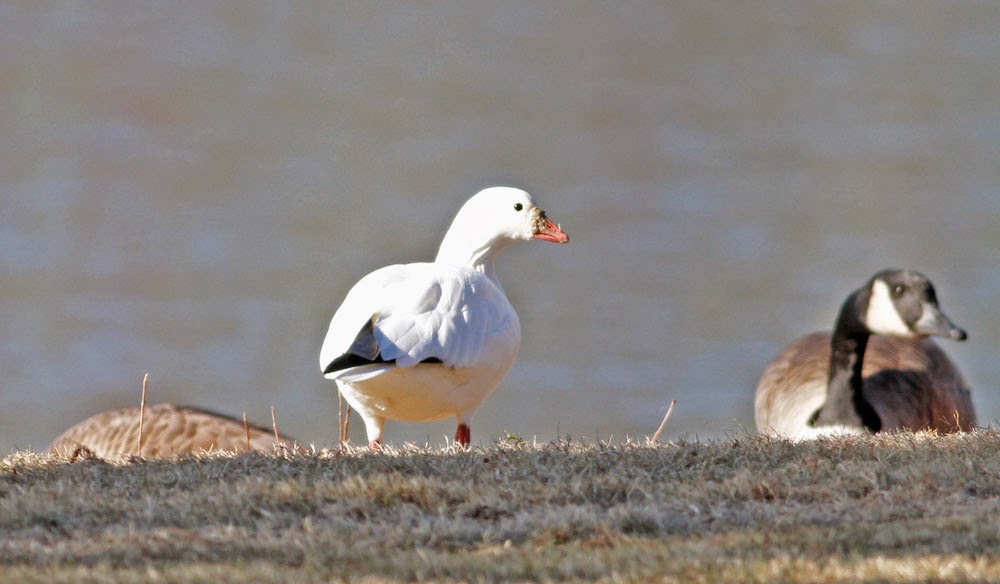 Great shots James,happy Christmas from Sue and John.
Hope to see you in 2015