This morning I couldn't resist have another look at the goldeneye flock on the Connecticut River at Bennet Meadow. It was quite the spectacle, even more birds than yesterday with about 130 goldeneye in all. The birds seemed nervous this morning, roaming up and down the river, apparently very wary of an adult Bald Eagle patrolling the area. The male Barrow's Goldeneye was still present offering some nice 'in flight' comparisons with Common Goldeneye. 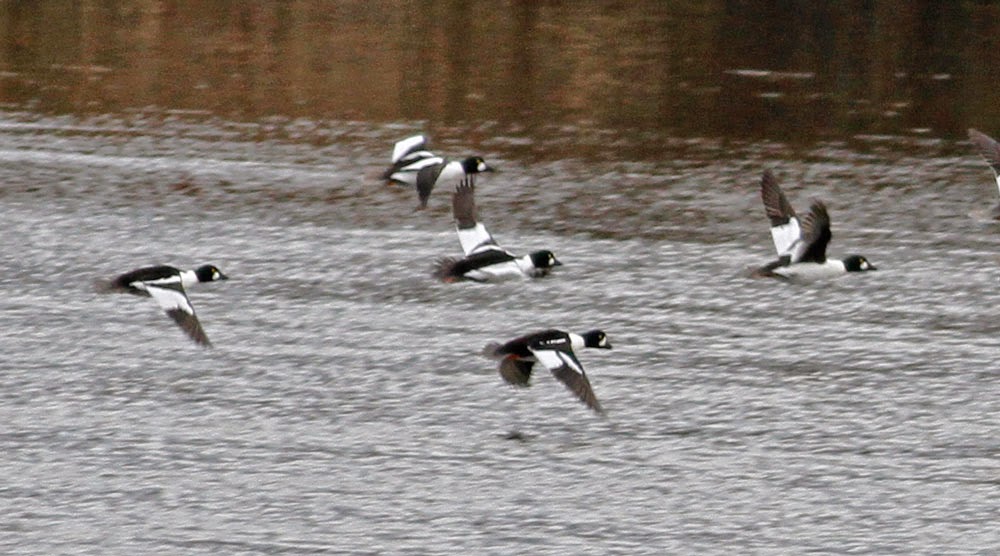 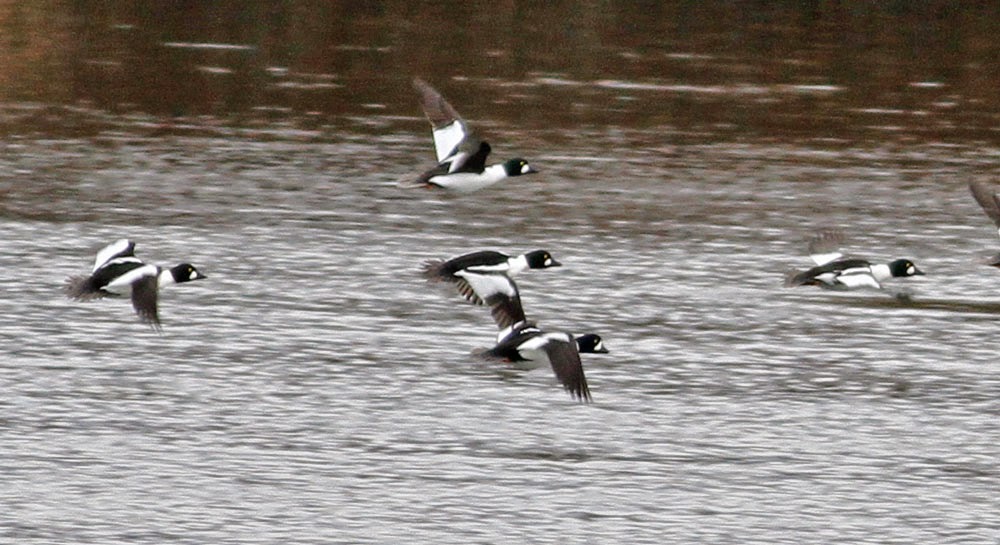