This morning I quickly checked the Turner's Falls power canal hopeful of seeing Eric Huston's Horned Grebe that he found there yesterday. No dice on the grebe but a pair of Bufflehead were nice, along with a handful of Common Goldeneye and Common Mergansers.

Late last week Josh Rose reported close to 100 Common Goldeneye at Bennet Meadow, a mere half mile from our house in Northfield. It sounded like an impressive gathering and was also a spot where I'd seen a Barrow's Goldeneye (females) in the past. I arrived at about 09:20 hours and wasn't disappointed. About quarter of a mile downstream, a superb raft of over 100 Common Goldeneye as well as a single Common Merganser and a loitering Herring Gull. After a few minutes of searching - 'boom!', there was a fine male Barrow's Goldeneye. Straight away, I wrestled with the idea that it was the same male frequenting the river at Turner's Falls and Montague, but to me this individual looked different, 'blacker' somehow with an apparently thicker black spur and slightly fewer white spots on the upperparts. As it happened, Josh Rose was out and about this morning as well and reported negative news on the male Barrow's from both the power canal and the rail trail bridge at Montague City. 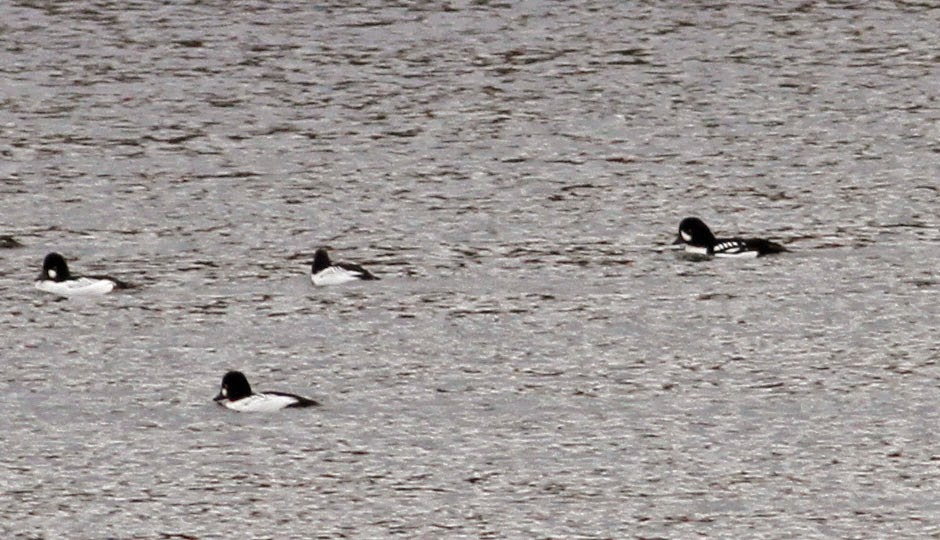 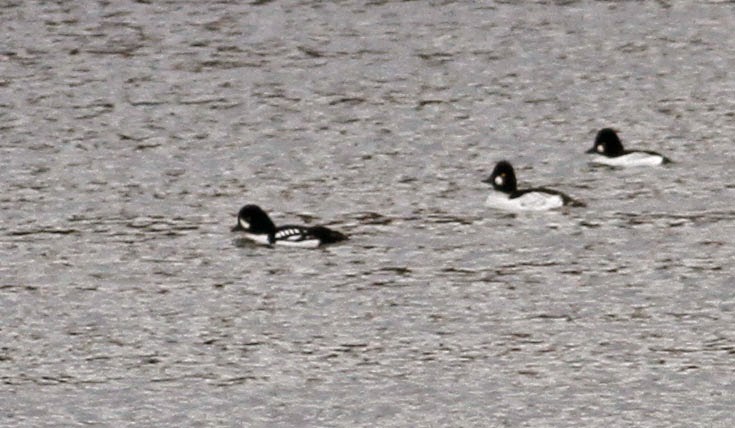 So could the same male Barrow's Goldeneye be commuting between Northfield and Turner's Falls? That's a distance of roughly nine miles by car and probably much further on the river given the river bends and meanders. Moreover, aside from Barton Cove and the Rod and Gun club, large sections of the Connecticut River between Turner's Falls and Northfield are simply not checked. It seems like a stretch that we should be finding the same single drake Barrow's at the few spots where we can access on the river. Anyhow, time should reveal more and, to be honest, I'm just delighted that these handsome diving ducks are becoming a feature of our winter here in the valley.

Also of note today, a Common Redpoll flying over Gill Elementery School on Boyle Road at 06:55hrs, and 2 (first-cycle) Kumlien's Iceland Gulls and a Lesser Black-backed Gull at Barton Cove in the evening. 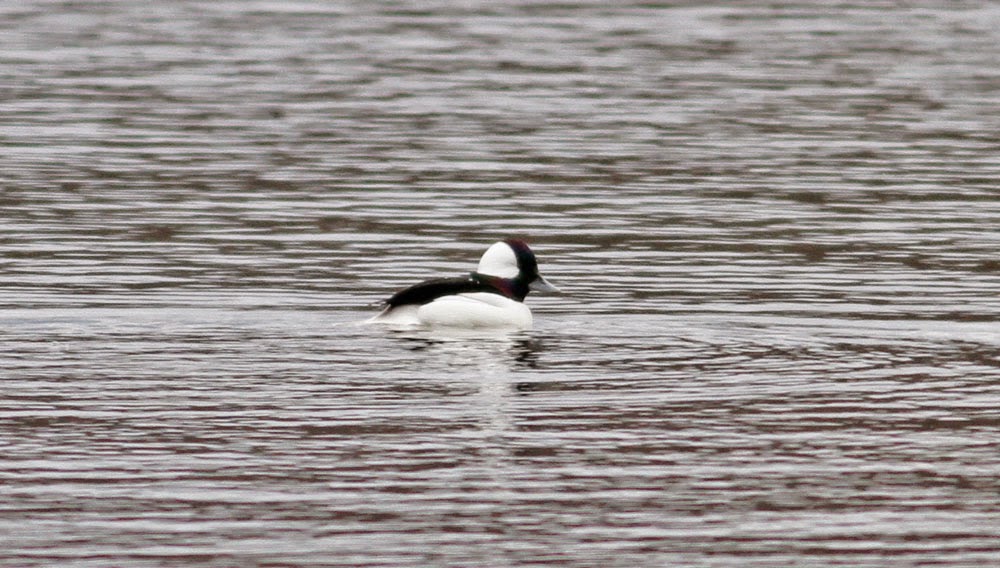