Acting on a suspicion that our local Canada Geese would be spending most of the day out in the fields feeding on corn stubble, I decided to try the Turner's Falls power canal before I did anything else this morning. Initially it looked quite gloomy with just a small group of Canadas near the main entrance and nothing white among them. But farther down the canal, quite close to the entrance to the USGS Fish Lab, a nice raft of 350 Canada Geese. With them several white birds which included 2-3 male Common Goldeneye and the Ross's Goose. The tiny white goose stood out like a sore thumb among its big brown cousins.

So having been missing since Sunday, the Ross's Goose continues and I'm not over surprised by this. Most unusual geese at this site tend to stage for 5-10 days or more before moving on. At the moment conditions are ideal (mild and wet) for feeding so unless hunting activity pushes them back to the canal or to Barton Cove, the geese will most likely be absent for large chunks of the day as we've just experienced in the early part of this week. The best bet for catching up with the Ross's would be very early morning (before 07:30hrs) or late afternoon/early evening. 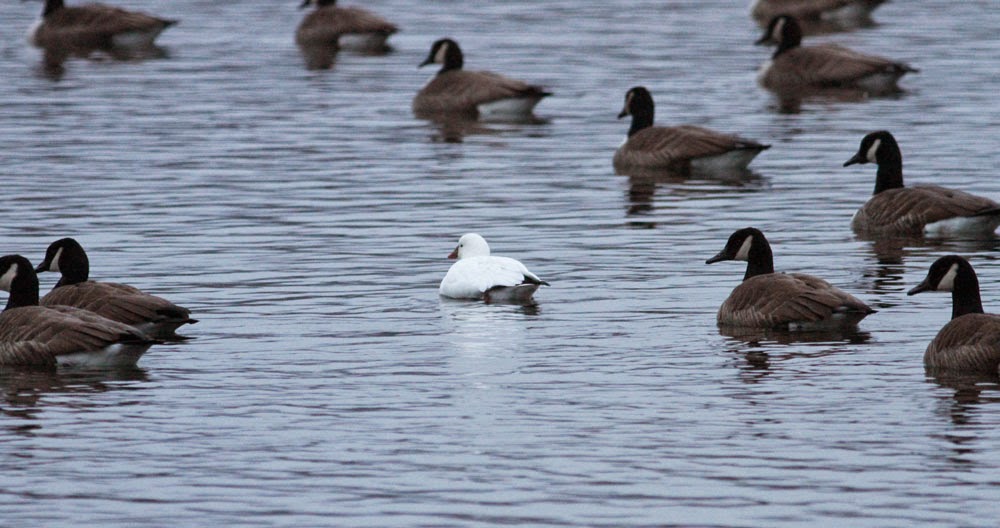 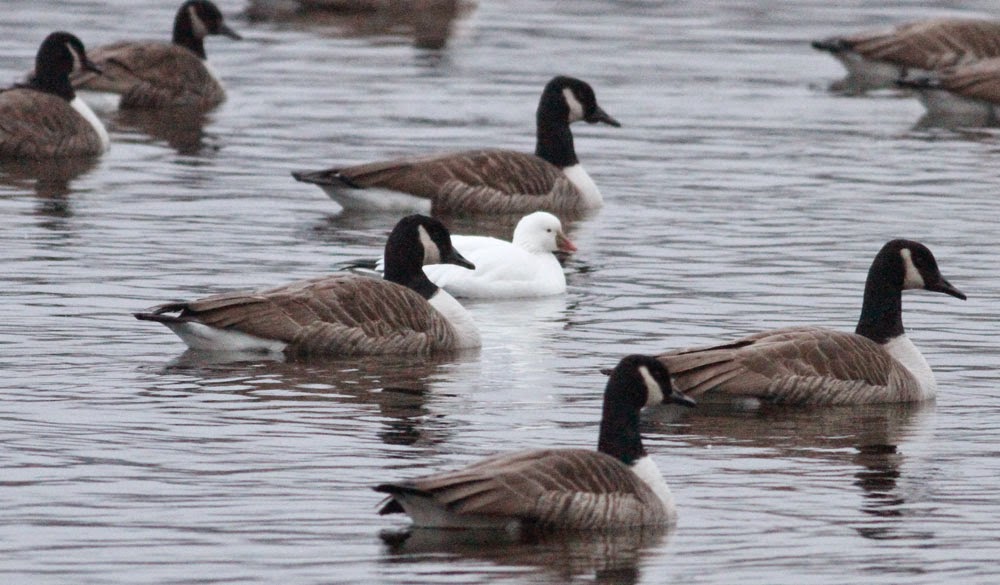 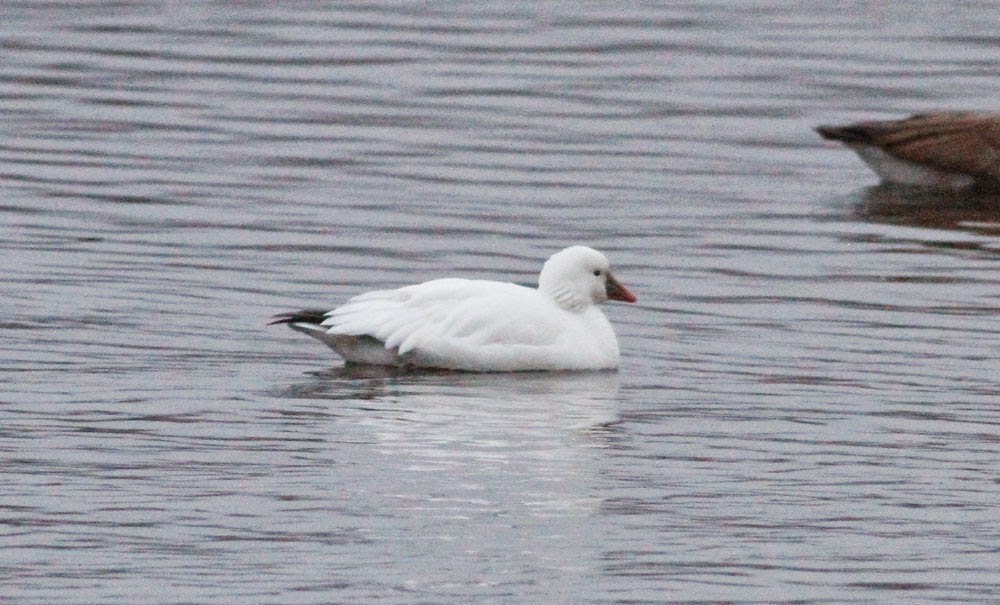