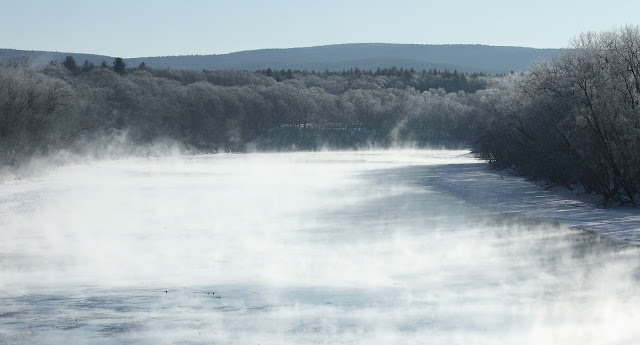 Connecticut River at Montague City/East Deerfield, Franklin Co., MA. December 31st, 2017.
A beautiful morning despite the freezing conditions. The mist hampered our search for goldeneyes but wasn't enough to stop Brian picking out the only Wood Duck of the day, a nice male.

Sunday December 31st was extremely cold with temperatures ranging from minus 12 deg Fahrenheit (before dawn) to a high of about 15 deg Fahrenheit during the day. Despite the cold, the Greenfield Christmas Bird Count went ahead as planned and I was delighted to cover the Turner's Falls sector once again after missing out for the previous two years. The 'wee' hours were spent alone looking for owls and I came up with an impressive tally of nine Eastern Screech-Owls and then went on to meet Brian Kane and David Sibley at the power canal at first light. The atmosphere was eerily quiet throughout much of the day with few folks venturing out, even by car, and it felt like we had most of Turner's Falls to ourselves!

Although I usually mention the highlights first, I would have to admit that the complete absence of Canada Goose and Ring-billed Gull for the overall list was a major disappointment, especially since both species had been present the evening before the count. But my field companions worked hard and together we amassed 46 species, well beyond my expectations for such a frigid day. Slightly less expected species included Wood Duck (male), Hermit Thrush (Rod  and Gun club) and Winter Wren (power canal) along with fairly high numbers for certain species - 120 Common Goldeneyes (power canal), 67 Common Mergansers (power canal), 9 Bald Eagles, 7 Red-tailed Hawks, 11 Eastern Screech-Owls (two more added during the daytime), 6 Pileated Woodpeckers, 17 White-breasted Nuthatches, 14 Horned Larks, 9 Golden-crowned Kinglets and 11 White-throated Sparrows.

Overall, a solid result for a day that held little promise with all of Barton Cove and most of the Turner's Falls power canal completely frozen restricting our opportunities for water birds. I'm very grateful to Brian Kane and David Sibley for helping out and making the day so enjoyable. 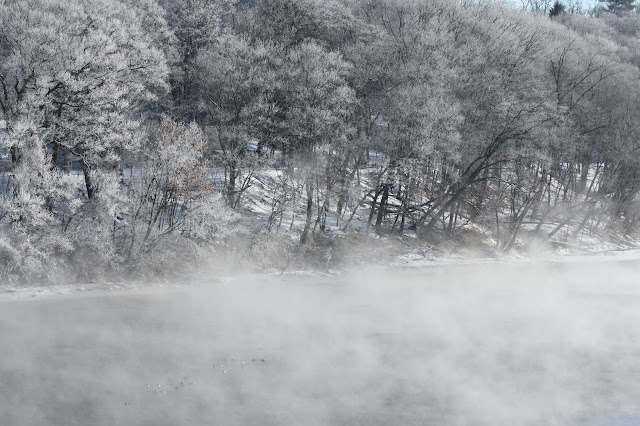 Common Goldeneyes appearing out of the mist on the Connecticut River at Montague City, Franklin Co., MA. December 31st, 2017. 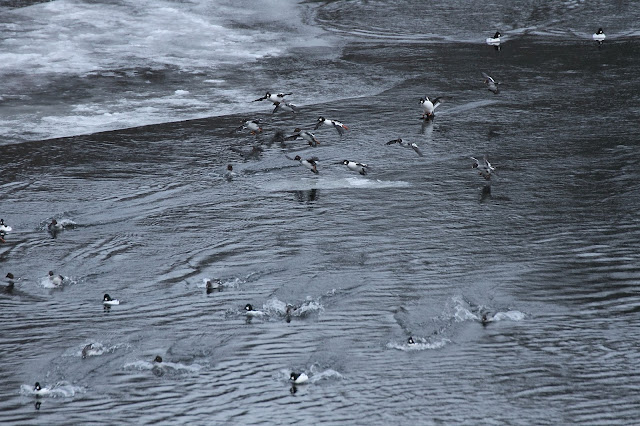 Common Goldeneyes on the Connecticut River at Montague City, Franklin Co., MA. December 31st, 2017.
Looking down on the flock from the bridge on the Canalside Rail Trail. In the afternoon after the mist had cleared. 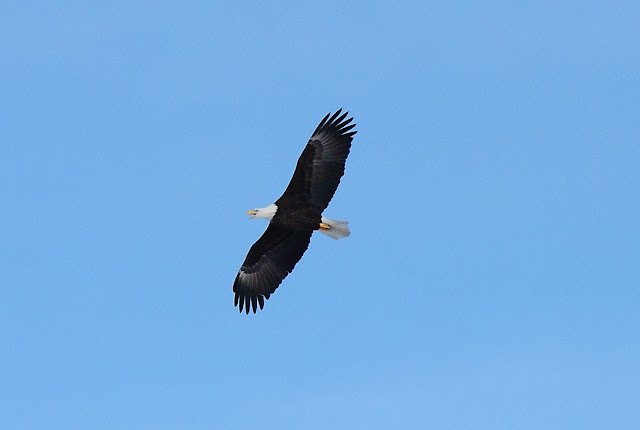 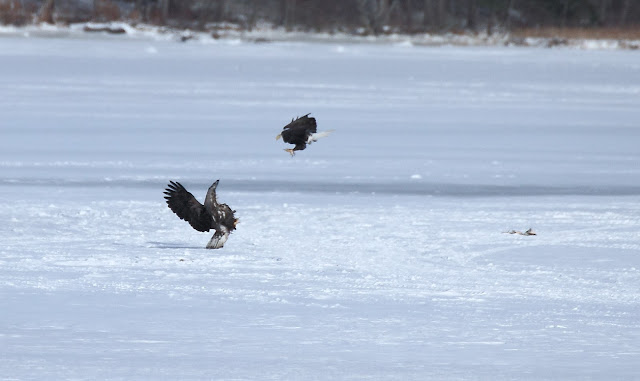 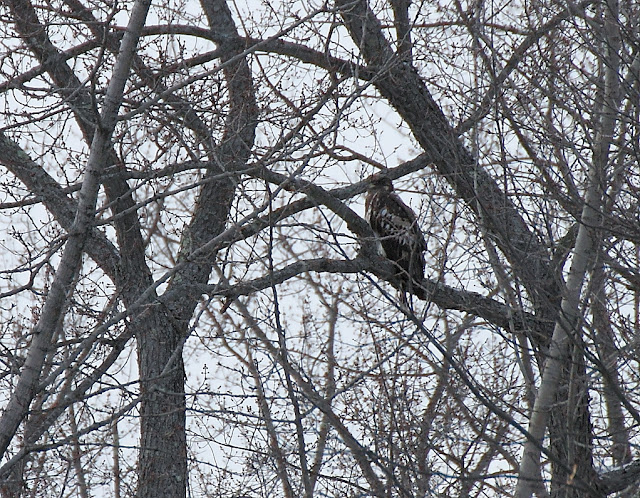 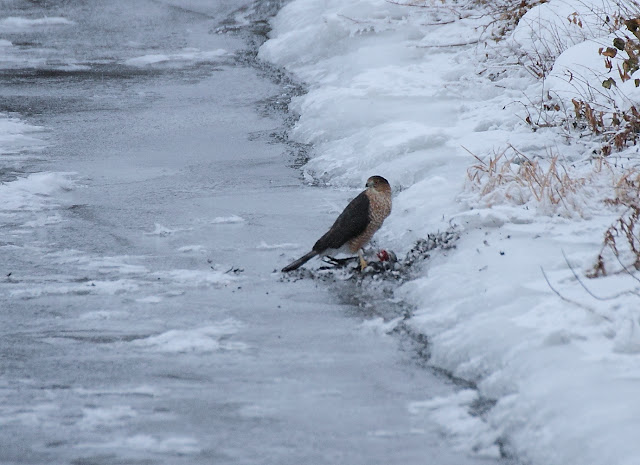 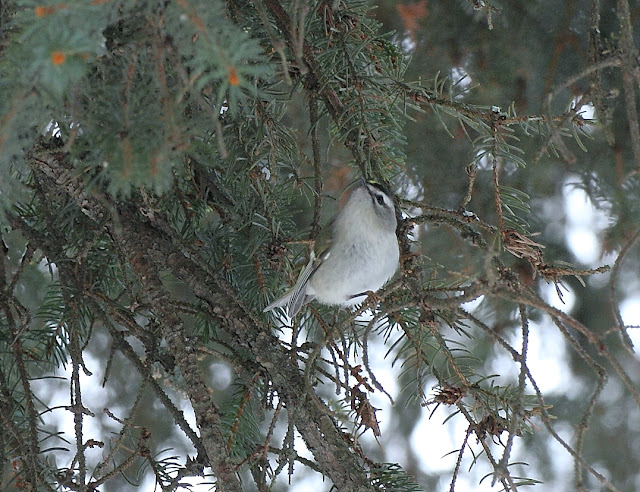 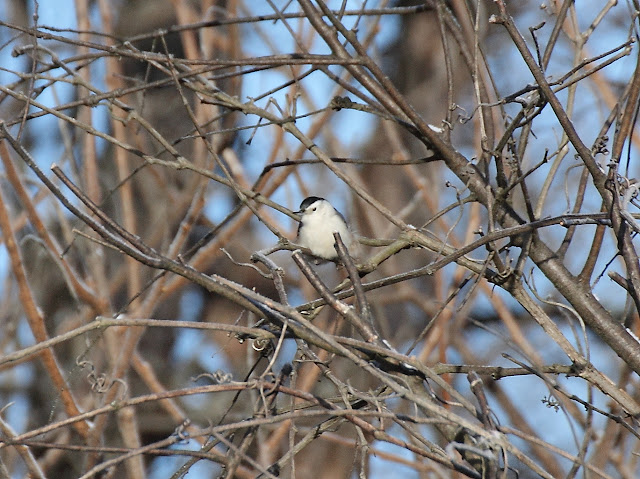 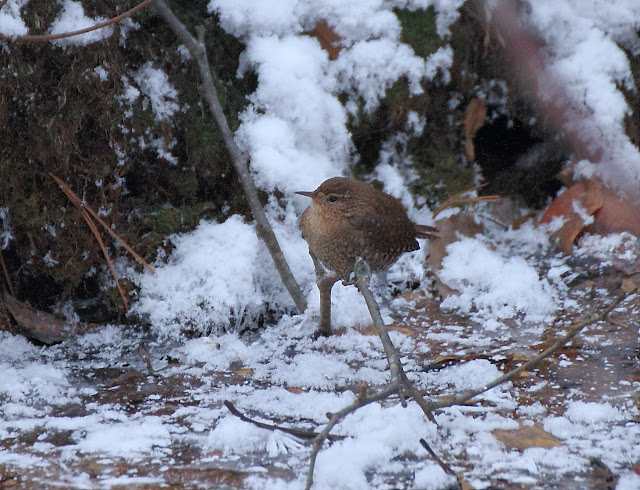 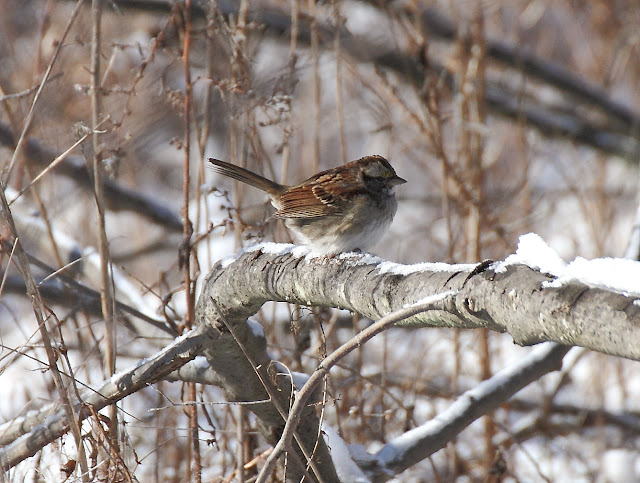 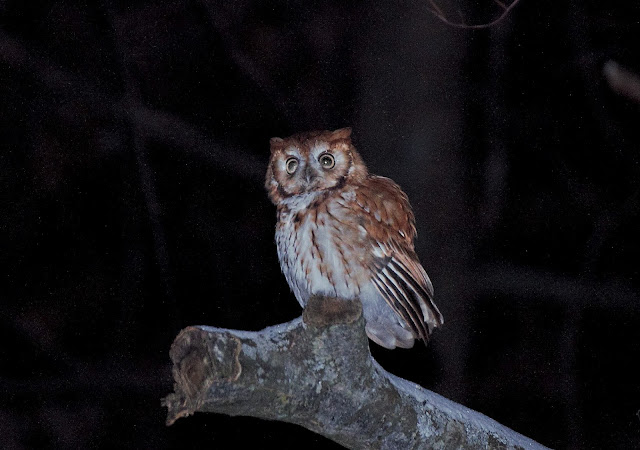 Eastern Screech-Owl - male, red phase, Turner's Falls, Franklin Co., MA. December 31st, 2017.
A very impressive tally of 11 screech-owls for the count, and under difficult conditions. Makes me wonder how many are really out there?