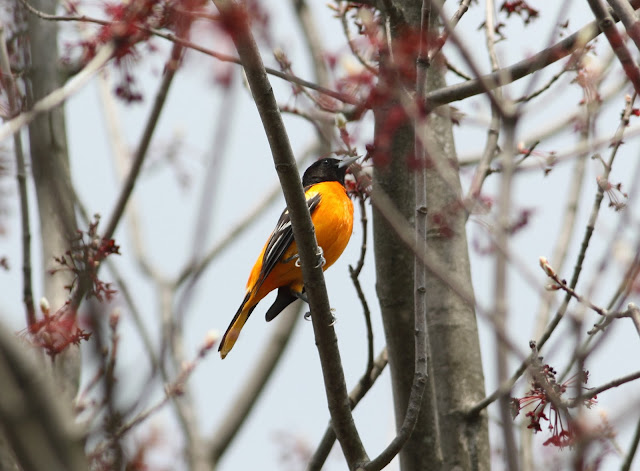 
May 3rd - another busy, interesting and extremely warm day. Most obvious was a broad wave of Wood Thrush arrivals in Gill with at least 12 males heard singing on my 5K run through the woods on North Cross Road this morning. Also strikingly obvious, many Blue-gray Gnatcatchers in all habitats with seemingly above average numbers of migrants for early May. With them came the first Black-throated Blue Warblers, Least and Great Crested Flycatchers. Two Solitary Sandpipers called overhead at 06:30, the birds seen heading west. Around that time Josh Layfield found a male White-winged Scoter at Barton Cove which had been joined by two Red-necked Grebes by the time I got there at around 11:00 hours, and the first Spotted Sandpiper of the year skimmed across the water. Fourteen Ring-billed Gulls were loafing around off the boat ramp at Barton Cove while overhead there was a light movement of Broad-winged Hawks (c.10) and a couple of Ospreys. 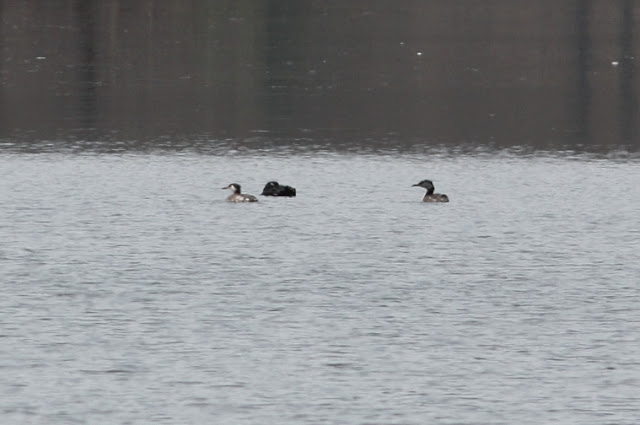 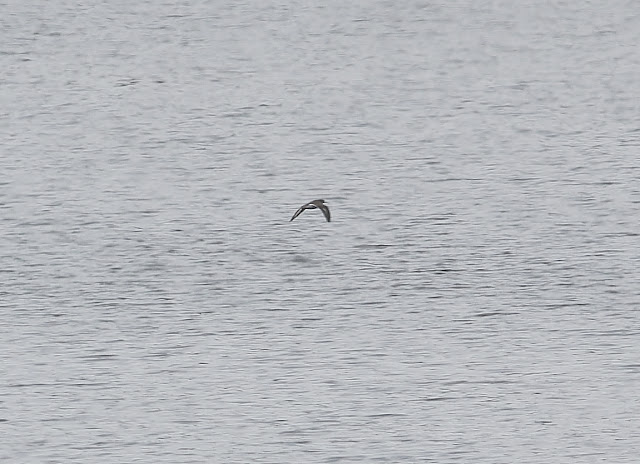 Early evening at Barton Cove saw the White-winged Scoter and Red-necked Grebes still present but an increase to 33 Double-crested Cormorants, and well over 30 Ring-billed Gulls most of which were hawking for insects high above the cove. An adult Herring Gull and a breeding plumage Common Loon also dropped in towards the end of the evening, and a Black Vulture headed west over Turner's Falls presumably to roost. 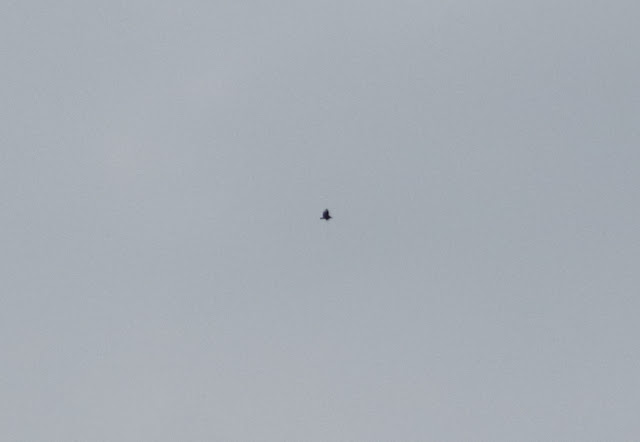 
Elsewhere, Brian Kane noted the first Orchard Oriole of the season down in Montague.
Posted by James P. Smith at 9:53 PM No comments:

MA - Solitary Sandpiper and more in the first days of May 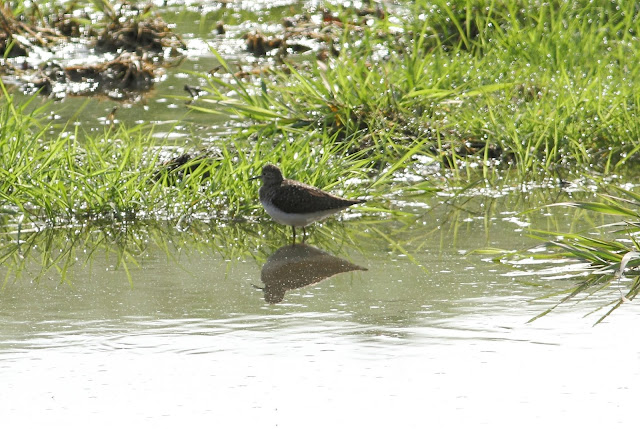 Fresh back from a wonderful grouse tour of Colorado and straight into a major wave of spring migration. The 1st brought two Cliff Swallows hawking over Barton Cove along with four other species of swallow. In the afternoon, some 26 Double-crested Cormorants dropped into Barton Cove along with a dozen Ring-billed Gulls, all of the latter being first and second summer birds.  A Winter Wren sang from a traditional territory on North Cross Road with Blue-headed Vireo, Brown Thrasher and Field Sparrow, Pine and Black-throated Green Warblers being among other noteworthy species. 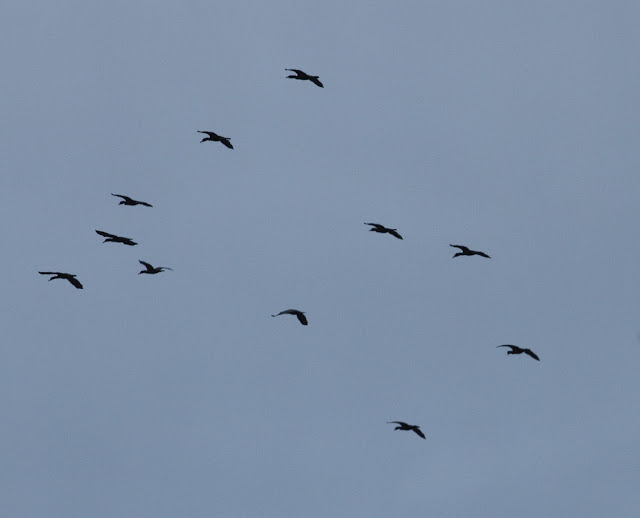 The 2nd was always going to be a warm day, even from first light and temperatures soared to the mid-80s by late afternoon. The result was immediate with a broad wave of new birds for the year; House Wren, Yellow Warbler, Ovenbird, Eastern Kingbird, Baltimore Oriole and Chimney Swift all arrived in numbers. At Barton Cove, Black-throated Green, Pine and Magnolia Warbler foraged alongside a larger flock of 15-20 Yellow-rumped Warblers. They all fed around a roosting Barred Owl, seemingly oblivious to the action going on around it!

Exceedingly low water levels at Barton Cove saw the first notable shorebirds of the year with 3 Least Sandpipers and 2 Greater Yellowlegs and preceded earlier in the morning by a surprise Solitary Sandpiper in a small puddle off Main Road in Gill. 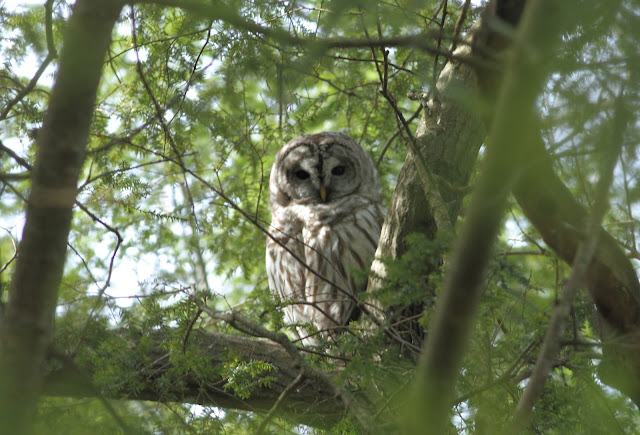