MA - shrike continues plus other notes this week

It's been another great week in Gill and the Pioneer Valley. The Northern Shrike continues to roam along Main Road and seemed settled for a few days in the rough pasture just north of Boyle Road just several hundred meters from the intersection with Main Road. This evening (Dec 4th) it was about 1/2 mile NE of Boyle very close to Upinngil Farm, and again visible from Main Road. I'm hoping we can look forward to continued sightings throughout the winter. 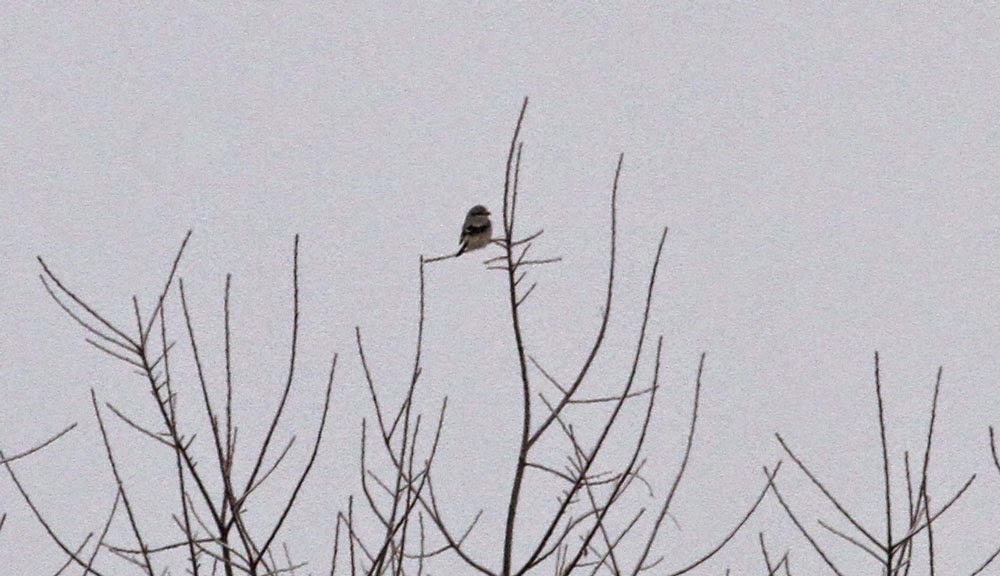 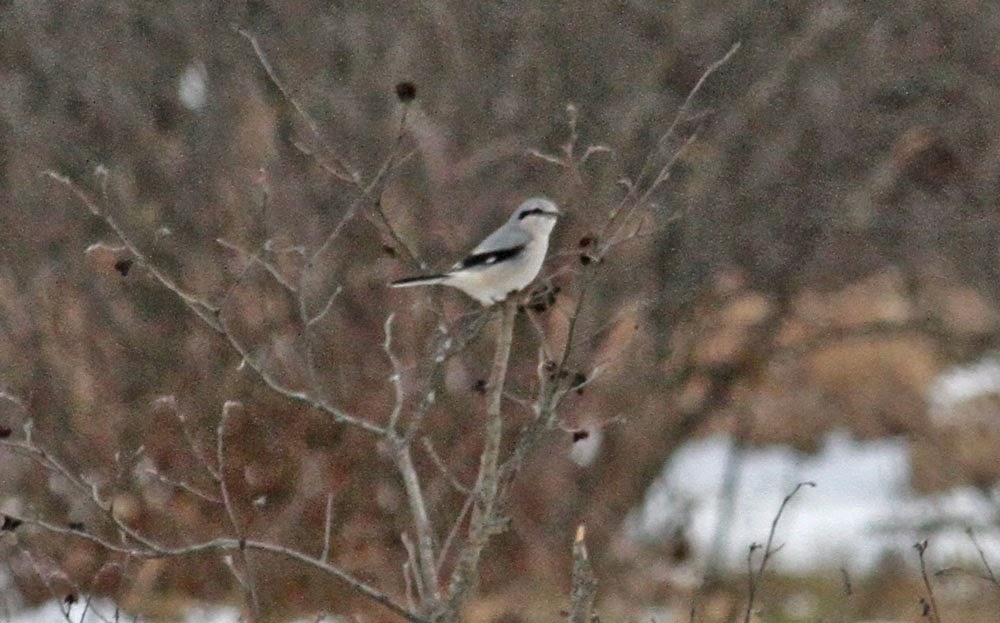 Elsewhere, up to 190 Hooded Mergansers continue to grace Barton Cove along with a Ring-necked Duck and 4 Canvasbacks, as well as about 45 Common Mergansers. Common Goldeneyes seem to be building in numbers and on Dec 2nd I counted 52 coming into roost on the Turner's Falls power canal. No sign of any Barrow's Goldeneye yet, despite thorough checking. 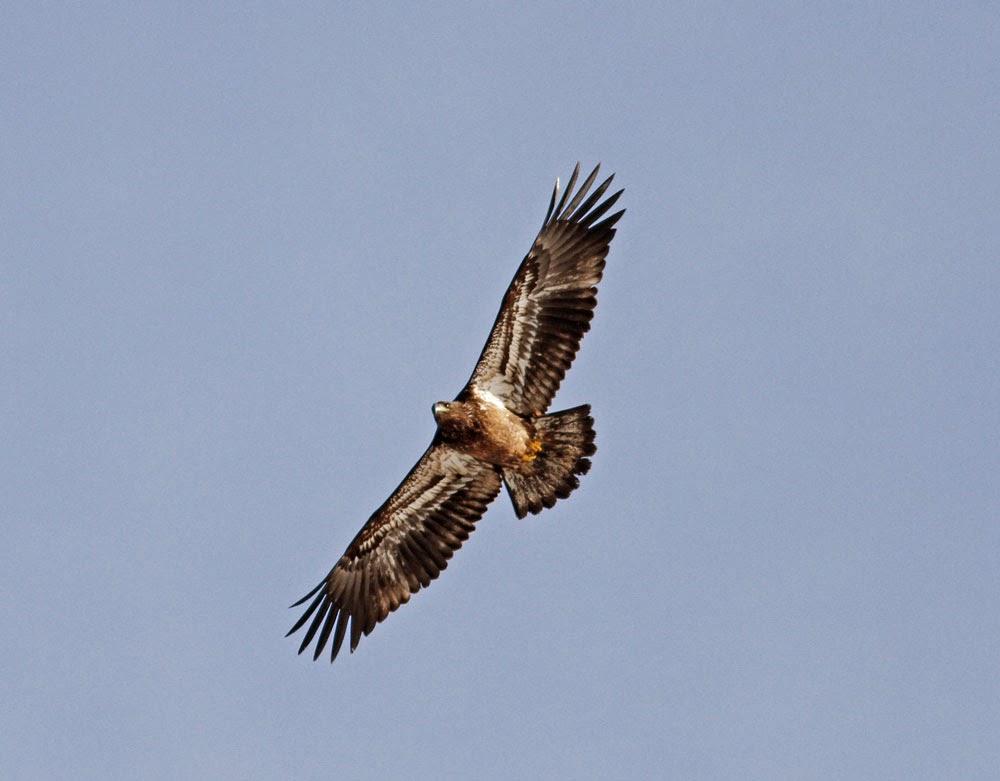 Bald Eagle - juvenile, Montague City, Franklin Co., MA. December 1st, 2014.
Near daily sightings around Turner's Falls and Barton Cove. This one was over the Connecticut River at Monatgue.

Large gull numbers continue to build up slowly at Turner's Falls and on Dec 2nd, some 250 were present on the power canal. Among them, two Kumlien's Gulls (first-winter, second-winter) and the continuing adult Lesser Black-backed Gull. 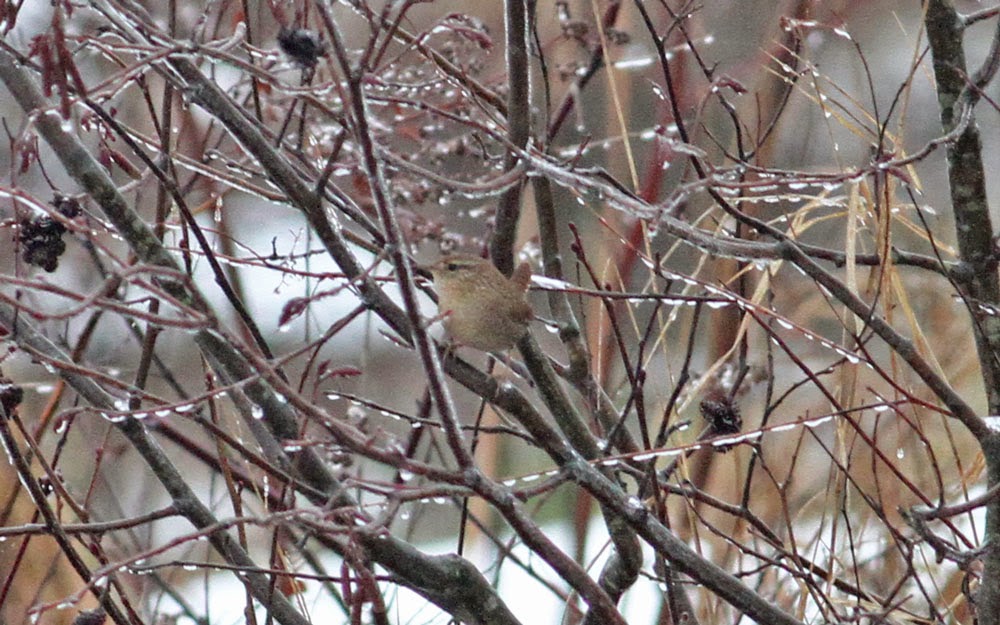 Finally, at home in Northfield, the wetland below our yard has flooded and produced enough water to attract some dabblers with up to 22 American Black Ducks, 2 Mallards and a couple of hybrids - not too shabby! 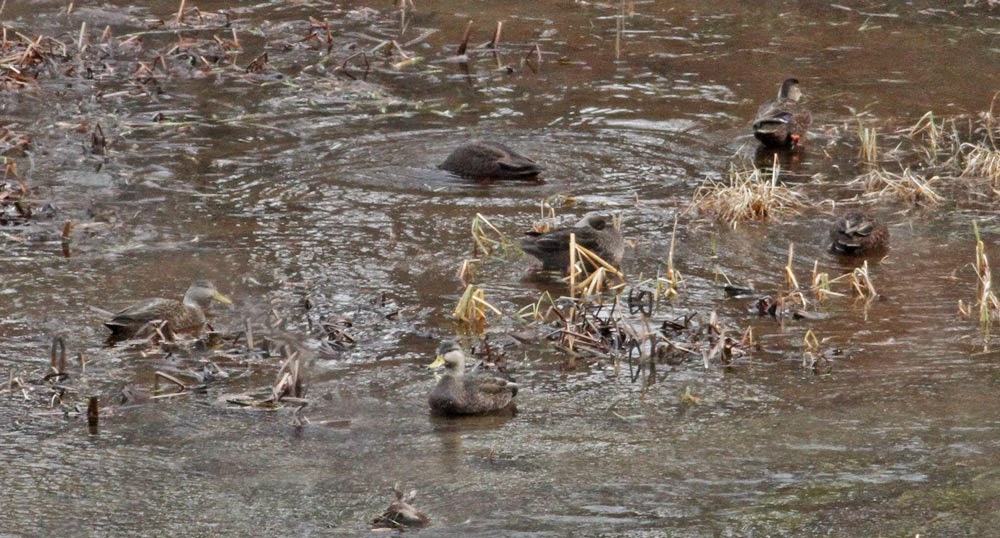