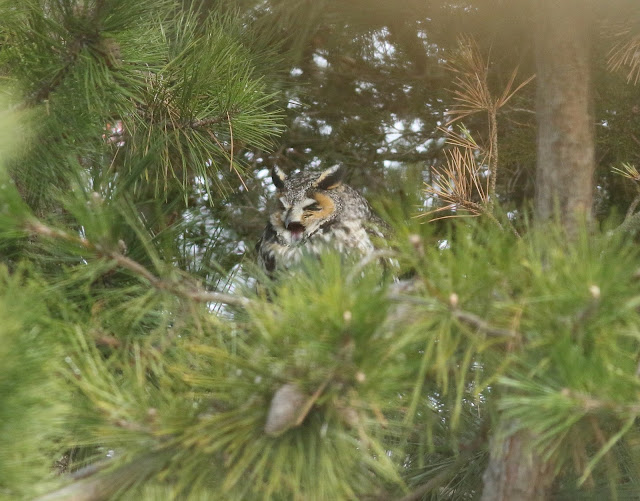 My recent interest in Long-eared Owls has admittedly been bordering on obsession, primarily spurred on by the degree of difficultly that I've had in finding the species in Franklin County. It's been a real slog finding them but as I hinted in my recent blog post on Franklin County Owls, I did meet with success in a remote spot in Whately on January 22nd but even then I had to be content with scope views and no photos. 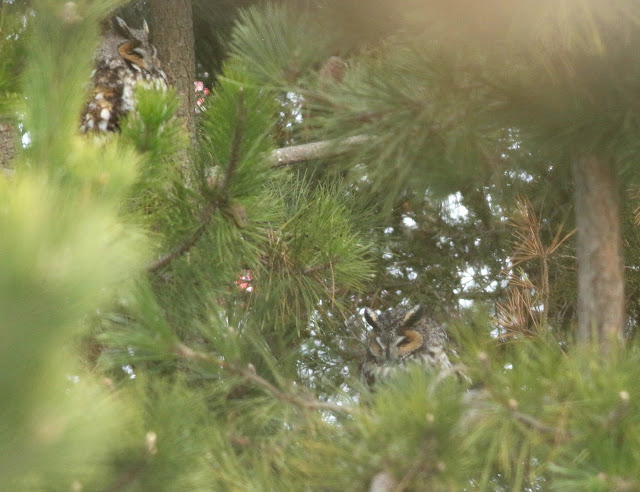 On February 4th, having already had a brilliant morning with the Redwing at Capisic Pond Park in Maine, my interest in Long-eared Owls then steered me towards Salisbury Beach State Reservation where I knew a couple of roosting owls had been found in the pines sometime around January 25th followed by many subsequent reports to ebird. Other than being aware of a coned off area to protect the birds from over enthusiastic photographers, I wasn't quite sure what to expect and set up my scope anticipating distant views. I needn't have bothered! I was very surprised to see one bird roosting fairly openly in the Pitch Pines drinking in the most of the late afternoon sun. Further searching revealed two more with another in the same stand of Pitch Pines and one buried deep in the Eastern Red Cedars. After a very enjoyable hour I headed for home feeling quite satisfied with the views (and experience) capping off an absolutely brilliant day of coastal birding. 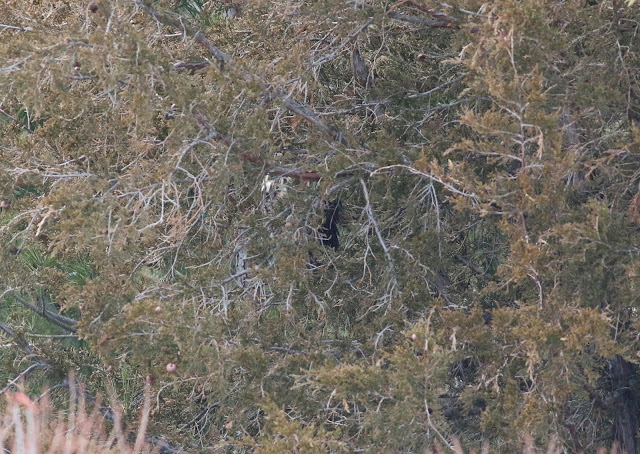 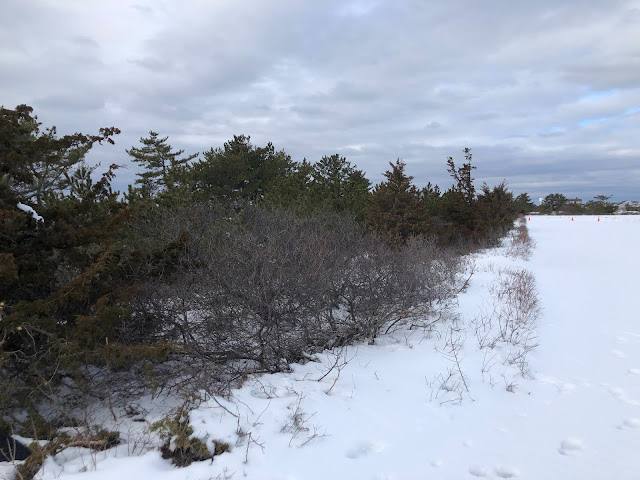 Inspired by the views the previous day, I returned to the Whately 'owl site' on Feb 5th with my good friend Brian Kane who's something of a birding ace and a guy with a real penchant for Long-eared Owls. As the darkness closed in we'd almost given up when Brian spotted an owl flying behind a hedgerow in the fading light - it was a Long-eared Owl! Though views were somewhat distant, the snow covered ground gave some illumination and provided enough ambient light to watch it foraging, moth-like, along the woodland fringe for the next ten minutes or so - quite the privilege! There's every chance that this was the same Long-eared Owl that I first noted on January 22nd but with a two week pause in sightings and the fact the Long-eared Owls often roost communally, I'll treat this as a separate record for the time being, only the sixth Franklin County record that I'm aware of. 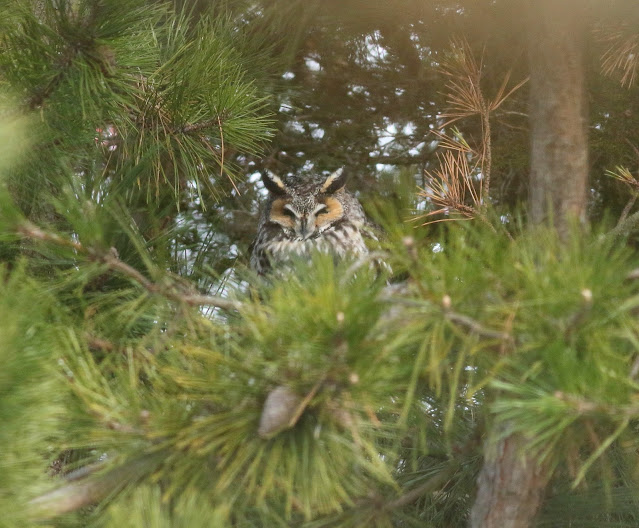 Long-eared Owl - Salisbury Beach State Reservation, Essex Co., MA. February 4th, 2021.
While I'm not big on keeping lists, I clearly remember Long-eared Owl becoming my 600th ABA area bird when Eyal Shochat and I watched a single bird hunting in the middle of a bright afternoon at the Riparian Reserve at Gilbert Water Ranch,  deep in the greater suburbs of Phoenix, Arizona. That was way back in December 2000.