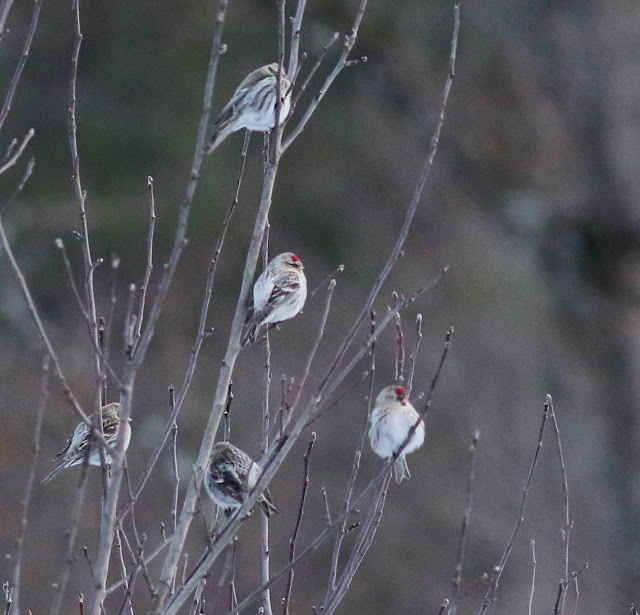 Hoary Redpoll (center) - with Common Redpolls, Buckland, Franklin Co., MA. January 31st, 2021.
This bird showed a numbers of features that I associate with Hoary Redpoll including the largely white, unstreaked rump, white lower scapulars merging into the mantle,
tiny 'pushed-in' bill, minimal flank streaking and minimal black about the face. All in all, looked a like hoar-frosted, gray and white puffball.

The ongoing irruption of winter finches has certainly produced it's fair share of Common Redpolls in Franklin County and throughout January I've been trying hard to spend some quality time with the flocks that I've come across. Groups of 15 - 85 have turned up at spots like Caldwell Road and Pine Meadow Road in Northfield, North Cross Road in Gill, the Turner's Falls power canal, along the Deerfield River in Charlemont, Meadow Road in Montague and the former Pilgrim Airfield on the county line at Whately. With so much scope for viewing and seemingly plenty of flocks to work with, it's been genuinely surprising to find out just how skittish these birds have been. As a result, looking for and finding any potential Hoary Redpolls has been a slow, finger-numbing process! 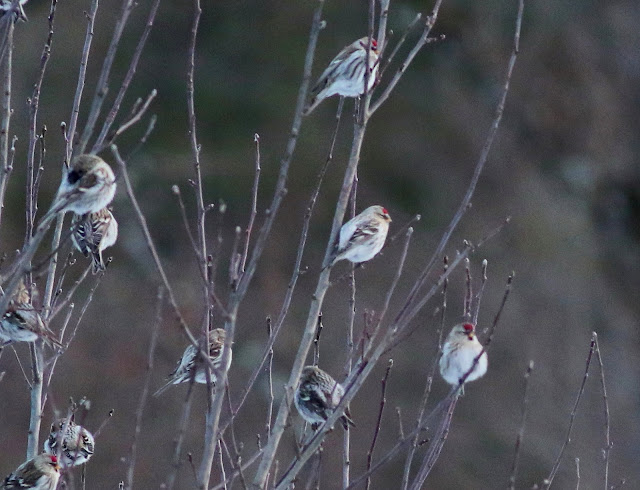 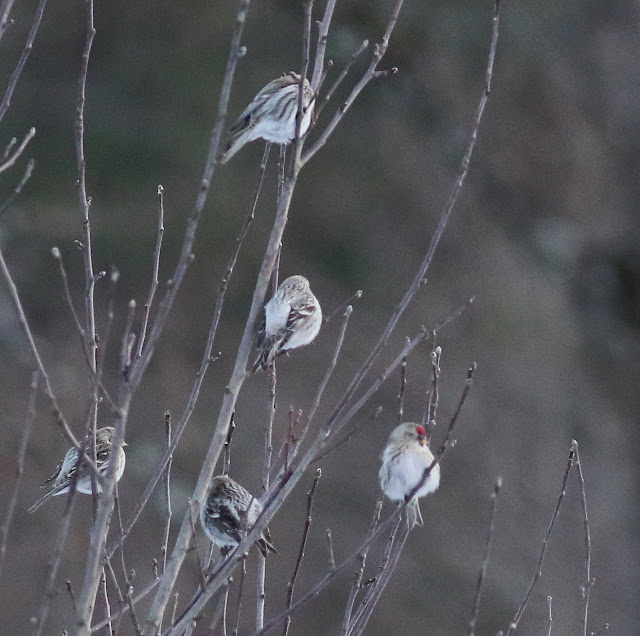 Yesterday (Jan 31st) my luck finally changed, hopefully a turning point in the winter that should result in a few more Hoary Redpolls being found during February. After a largely fruitless couple of hours scanning for raptors in Buckland and Charlemont I just happened to come across a large, busy flock of redpolls right by scenic Route 112 on the Buckland side of the Ashfield/Buckland town line. I only had ten minutes to spend with the flock which proved to be every bit as skittish as the others that I'd seen during the winter. But, I did manage to first spot and then photograph a decent candidate for a Hoary Redpoll as the images above hopefully show. 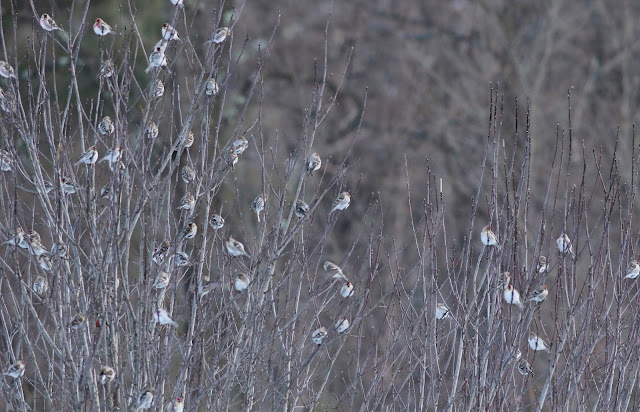 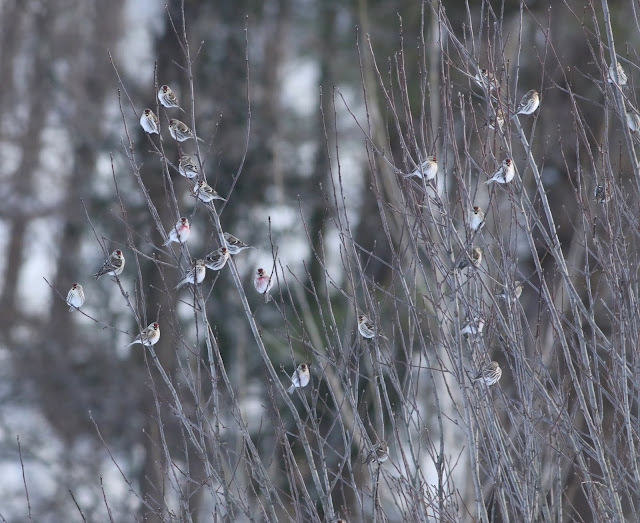 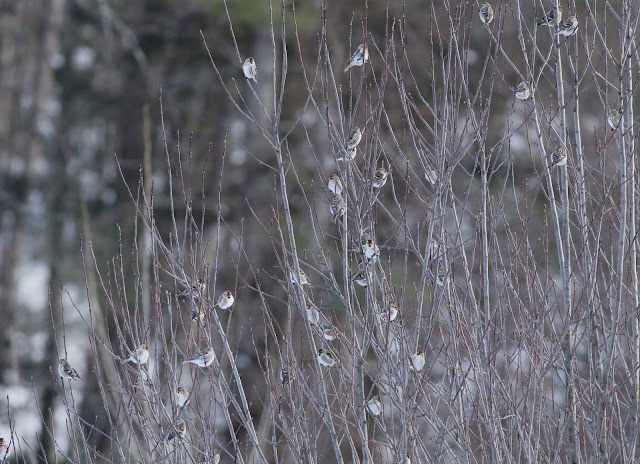 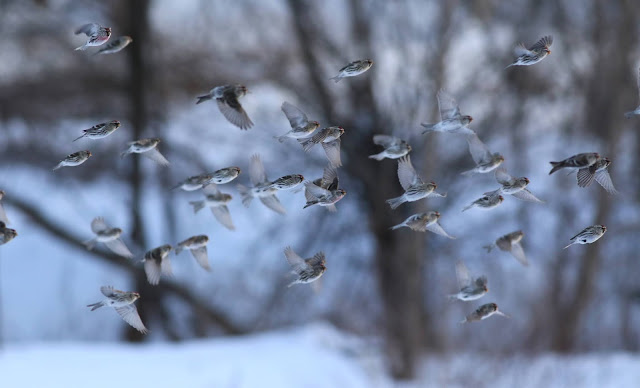