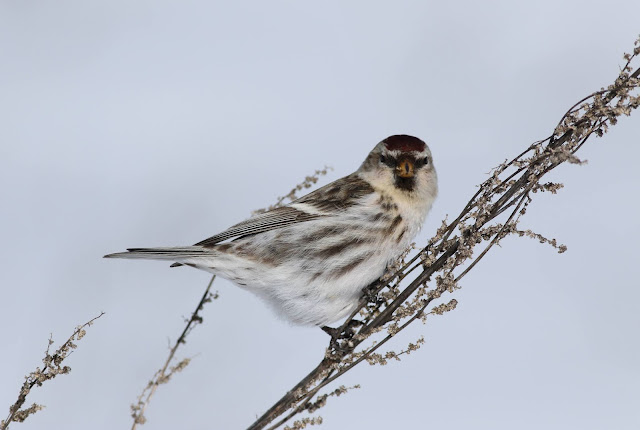 From a Franklin County perspective, the current incursion of winter finches has produced relatively few Hoary Redpolls. This certainly hasn't been down to a lack of effort and I don't mind admitting that I'm a little surprised as I was expecting/hoping that careful sorting through redpoll flocks would have turned up more than we've actually seen. On the other hand, the search for Hoaries has been a stark reminder of the somewhat bewildering variation within flocks of Common Redpoll Acanthis flammea flammea. Last week I spent a lot of time observing birds much like this one featured in Whately, primarily because of their overall similarity to some Hoary Redpolls but also because some, like this particular bird, were incredibly approachable. Seen at distance with other redpolls, it did stand out as being pale and somewhat Hoary-like. Watching at closer range, I was surprised how many of the features changed with posture and attitude, especially the undertail coverts which appeared only lightly streaked at some angles but well outside the acceptable range for Hoary Redpoll in others. The bill and head shape looked fairly typical for a Common Redpoll.

This pages features the same individual Common Redpoll with images taken within a few seconds of each other, and without any adjustments to camera settings or photoshop use. 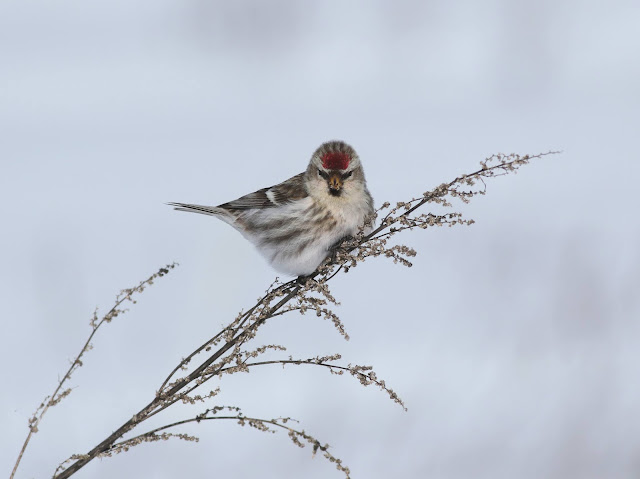 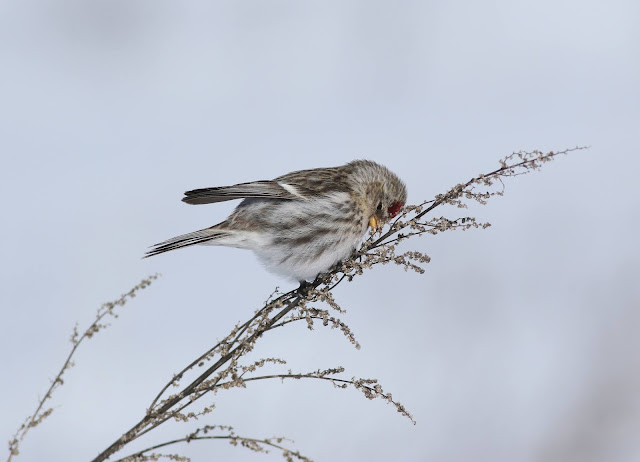 Overall quite pale, grayish and white with white fringes to the flight and tail feathers plus a suggestion of a white rump and relatively lightly streaked undertail coverts. 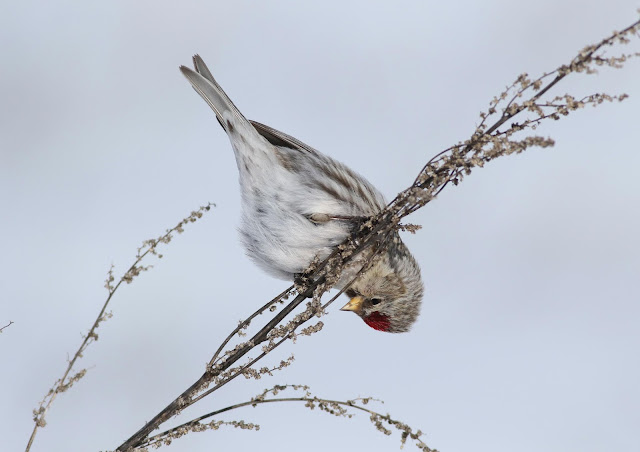 Still appears quite white from below but with multiple dark shaft streaks visible on the undertail coverts
along with a fairly broad blackish 'smudge' on the longest undertail covert. 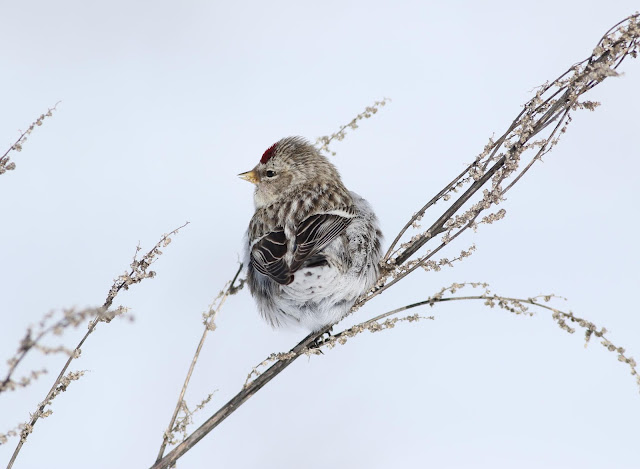 Overall quite pale and 'frosty' but the bill length and shape, flank streaking and undertail coverts point towards a  relatively pale  flammea? 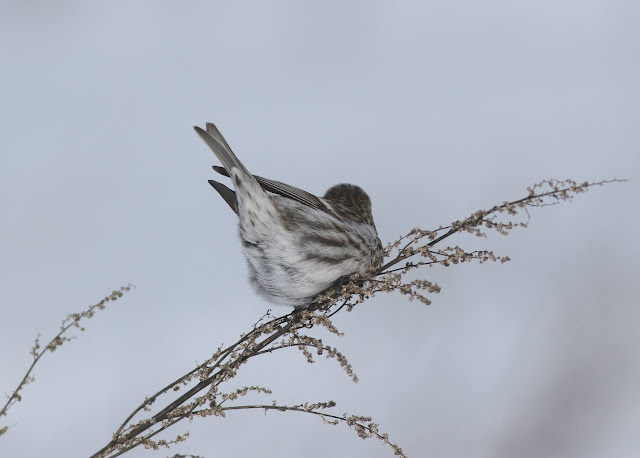 A change of posture affecting how the light falls on the feathers and subsequently the overall appearance.
Multiple streaks on the undertail coverts and rather broad, blurry streaking along the flanks. 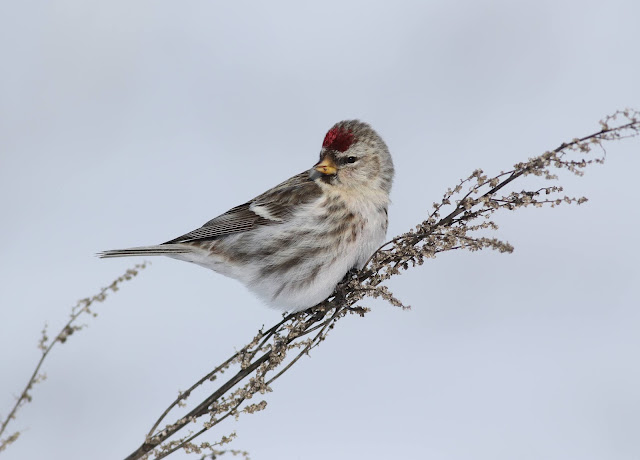