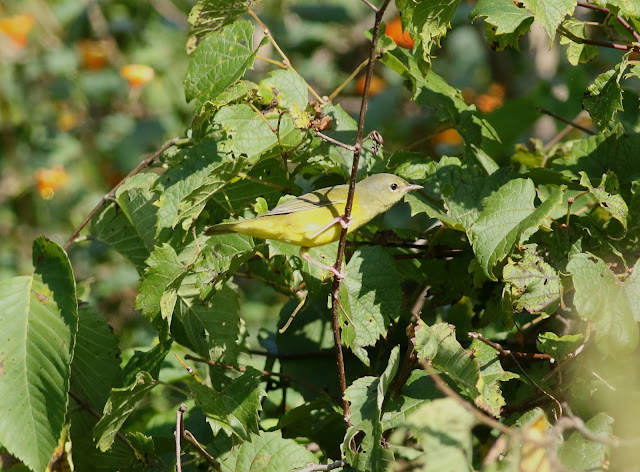 The last two days have seen a distinct swing towards slightly later season migrants in Northfield with Swainson's Thrush, Northern Waterthrush, Yellow-rumped Warbler and White-throated Sparrow (8) all making their first appearances at Caldwell Road fields. In addition, up to 25 Common Yellowthroats and 5 Lincoln's Sparrows both showed obvious increases over the 13th and 14th. A couple of late migrants also turned up with two Yellow Warblers (together) and a Willow Flycatcher on the 13th. 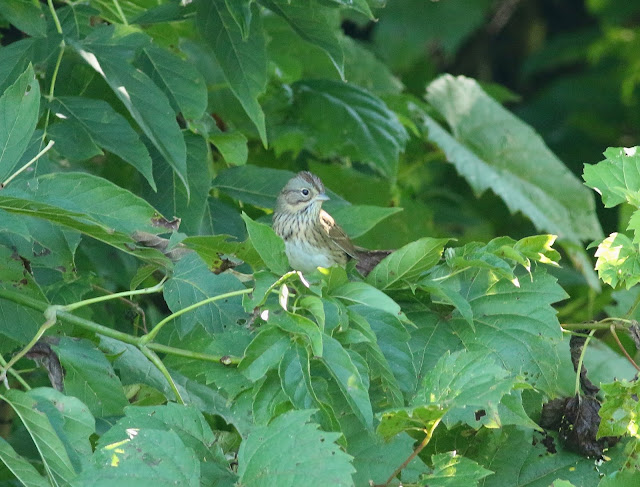 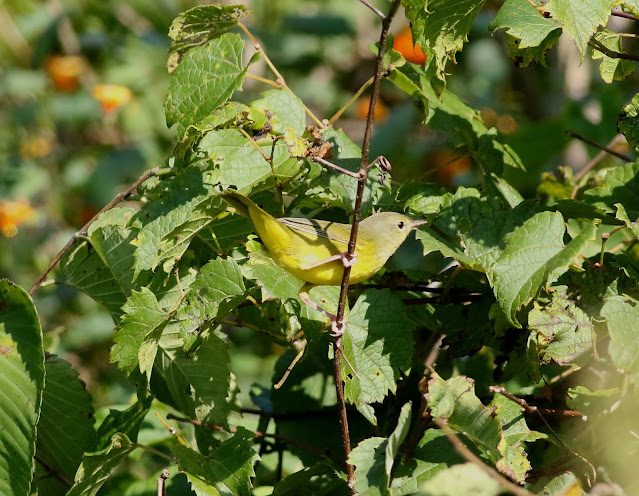 But in general, warbler numbers and diversity remain quite low for this time of year. All the more rewarding then to have good views of a calling Mourning Warbler on the 14th, in my view something of a county rarity on fall migration. In fact, I've actually had more luck with Connecticut Warbler over the years though the tiny handful of Mourning Warblers I've encountered tended to be bolder and more cooperative. 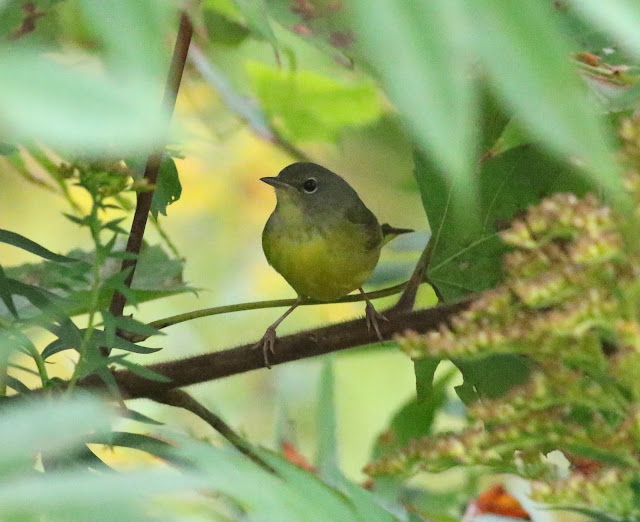 The 14th also produced a 'heard-only' Connecticut Warbler that called just once from a dense patch of Jewelweed, totally catching me off guard as I walked a mere five paces from my car at the start of the day. Despite much effort and patience, it couldn't be coaxed into view. While I'm pretty hesitant to call Connecticut Warbler by sound only the loud, distinct 'pwik' call was close enough to be sure and I'm not at all surprised that the bird didn't show given the mercurial nature of the species.