MA - a little more from Northfield 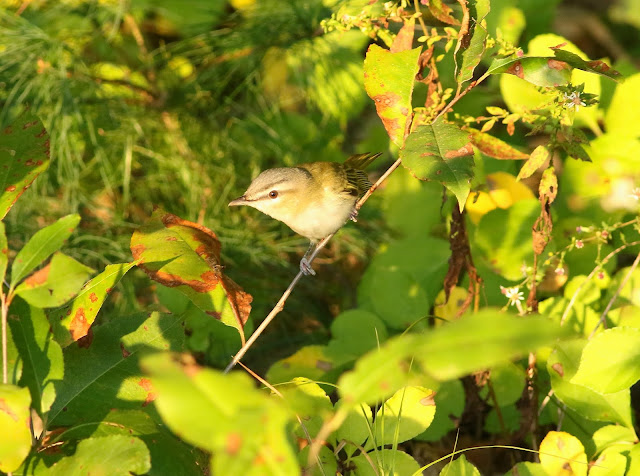 It's late September and the last few days have seen glorious autumnal days and cool, refreshingly comfortable nights. But the mostly stable air has allowed many migrants to pass through our area uninterrupted and this morning in particular there was a small but notable visible migration of southbound warblers along the Connecticut River in Northfield. Most were Blackpoll and Yellow-rumped Warblers but I was also able to pick out a couple of Tennessee Warblers and a single Nashville Warbler. Even better, I tallied my 7th Connecticut Warbler of the month when a single flew over giving buzzy 'zeet' flight calls before landing at the edge of a belt of deciduous trees and giving a loud, emphatic 'pwik' call, difficult to describe but distinctive once learned. Unfortunately, this particular Connecticut Warbler got away without being documented but I was very comfortable with what I heard, comfortable enough in fact to add it to the six I've already seen and heard in the Caldwell Road fields in September; photos and audio of two, plus audio of at least two more unseen, and three others heard well enough to be certain but simply too fast to be recorded. However, I do get the impression that we're well past the peak for Connecticut Warblers and this morning's bird was my first since the well photographed bird on Sep 16th.  The middle part of the month did host a very good showing of fairly late Yellow Warblers with five still present on the 19th. 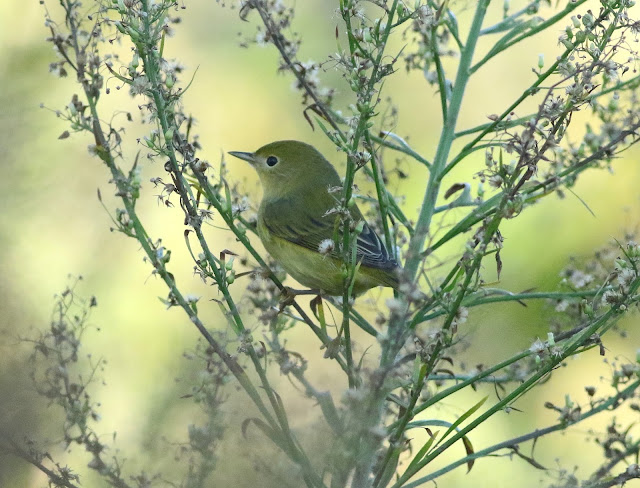 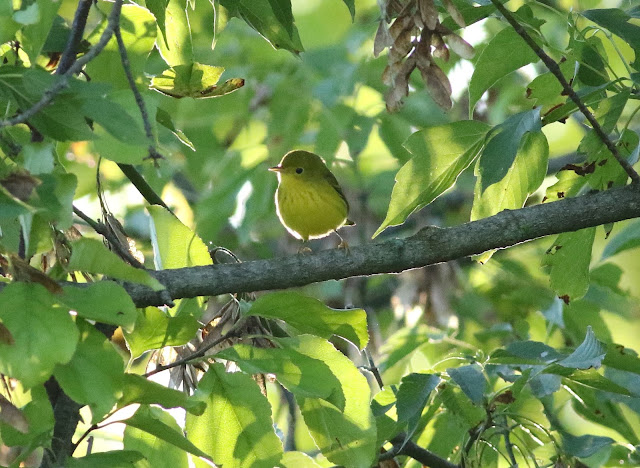 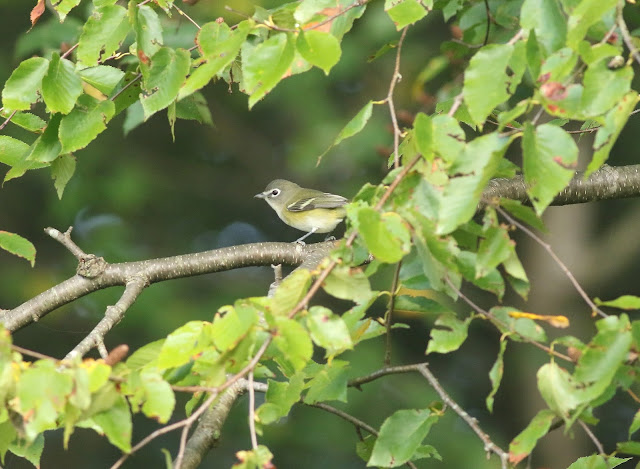 Red-eyed Vireos have certainly been present and passing through in numbers, often in tight flocks of 3 - 4 birds but I've yet to have any luck with a Philadelphia Vireo this fall.

While the warbler numbers may have been dwindling we are in the midst of several major waves of White-throated Sparrows, the first of which occurred on Sep 19th with 80-100 in the fields around Caldwell Road. With them have come modest numbers of Savannah, Swamp and Lincoln's Sparrows though today (Sep 27th) saw a major incursion of migrant Song Sparrows as well. Meanwhile, I did hear and sound record a lonely Dickcissel on North Cross Road, Gill on Sep 17th but decided against entering the cornfield where is was feeding to try for photos. Dickcissel is a pretty scarce migrant in Franklin County but September is probable the single most productive month to find them.