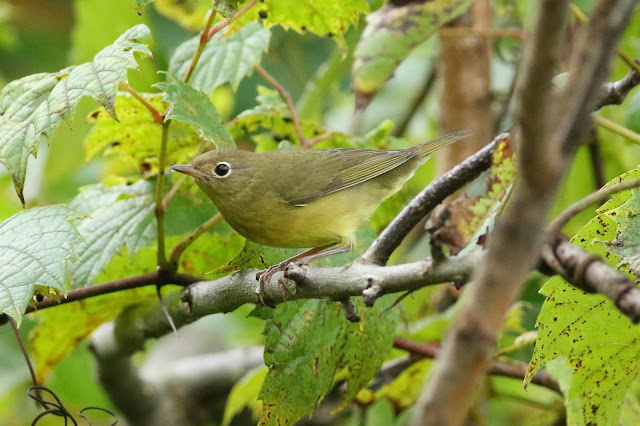 A high pressure system currently settled over much of the region brought cooler temperatures with chilly, foggy dawns and delightful fall-like days. September is surely one of the most beautiful months of the year to be out birding! Such conditions generally don't see the larger scale fall-outs associated with more active weather systems but often see a steady turnover of newly arrived migrants along with the departure of the few remaining summer migrants. This particular month I've been engrossed in the day to day changes playing out in the fields near the Northfield transfer station no more than five minutes from my home. The highlight has unquestionably been the discovery of several more Connecticut Warblers. After the personal excitement surrounding the bird that showed so well on Sep 10th, I would never have imagined being gifted even better views of a different bird on Sep 16th. The latter bird showed off and posed around me for a solid five minutes having flown in totally unsolicited following a 'Trail's' Flycatcher and a Tennessee Warbler. And, much like the Connecticut Warbler that I saw in the same fields on the 10th, it seemed to be naturally inquisitive about my presence in the hedgerow as the images appear to show. While I was watching this bird I'm pretty sure another Connecticut Warbler called from farther down the hedgerow and thirty minutes earlier I succeeded in getting marginal but conclusive audio of a calling bird in a completely different spot in the fields, so certainly a minimum of two Connecticut Warblers present on the 16th. I also heard, but did not see, a further individual bird on the 15th and may have a sound recording of that one too. So, I'm reasonably happy with at least five individual Connecticut Warblers passing through the Caldwell Road fields between Sep 10th - 16th, pretty remarkable considering how difficult the species has been in previous years. 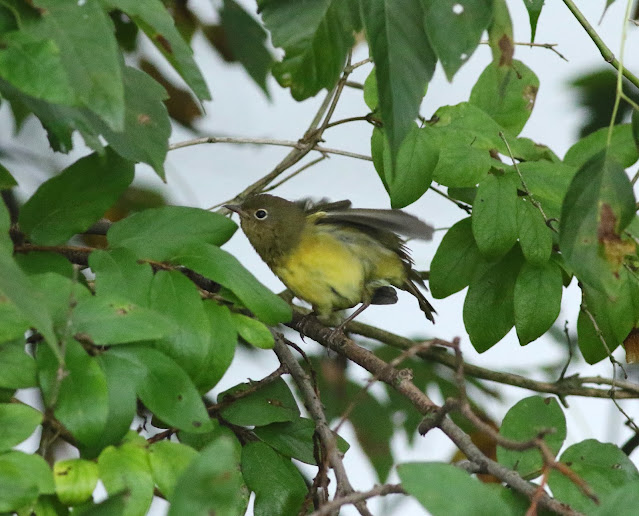 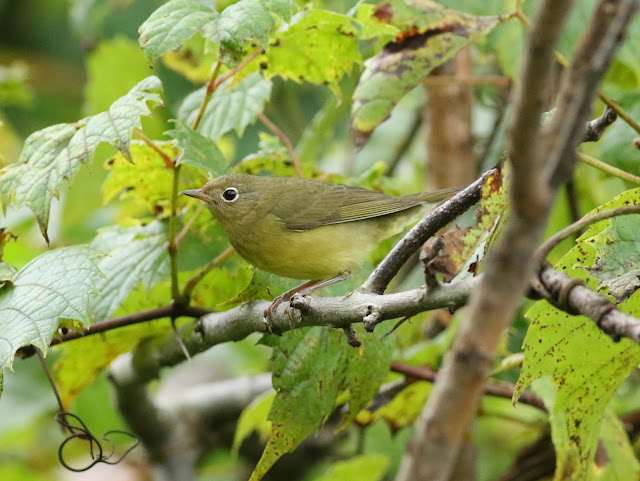 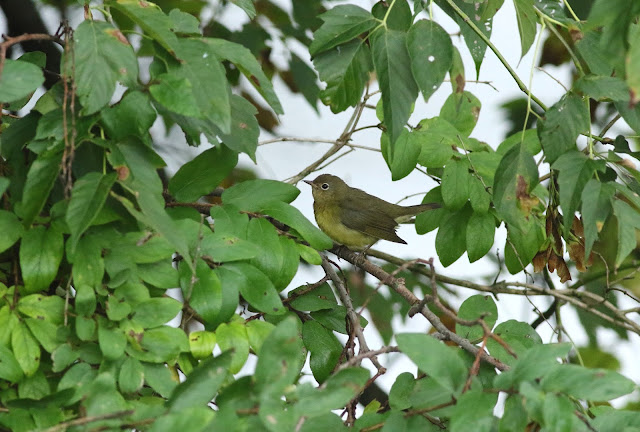 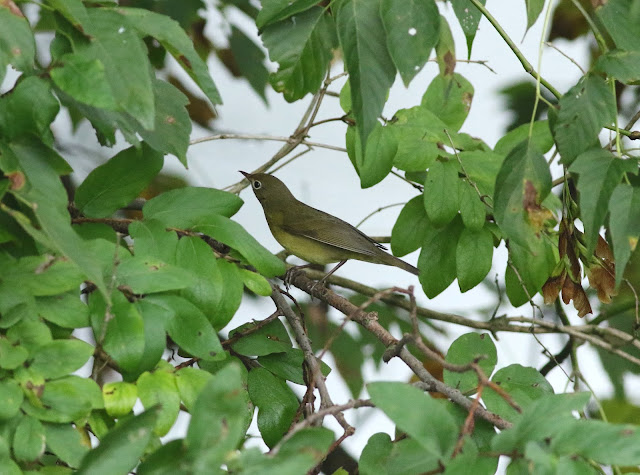 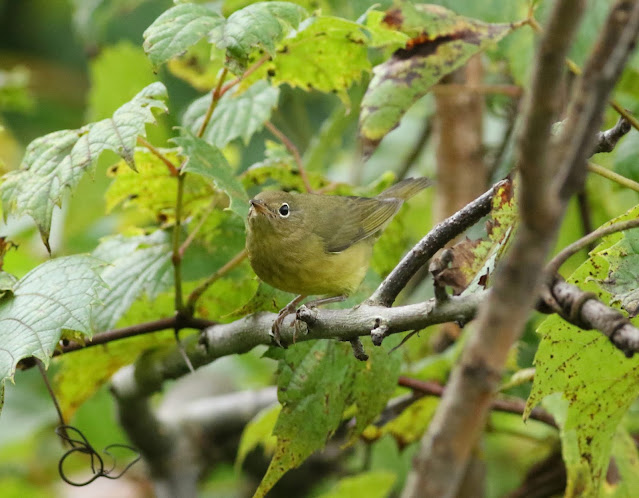 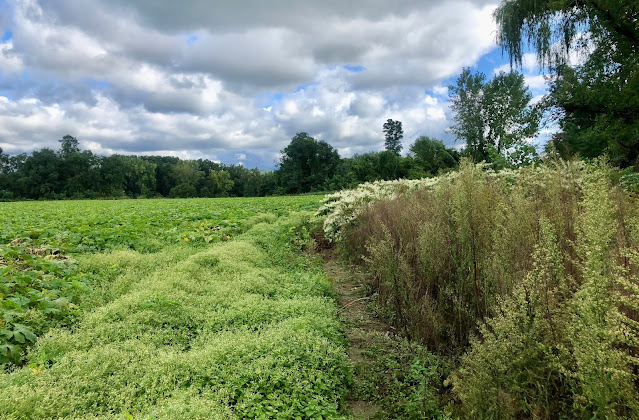 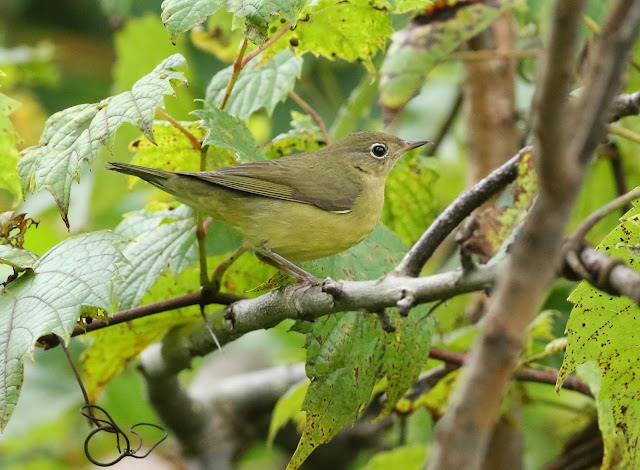