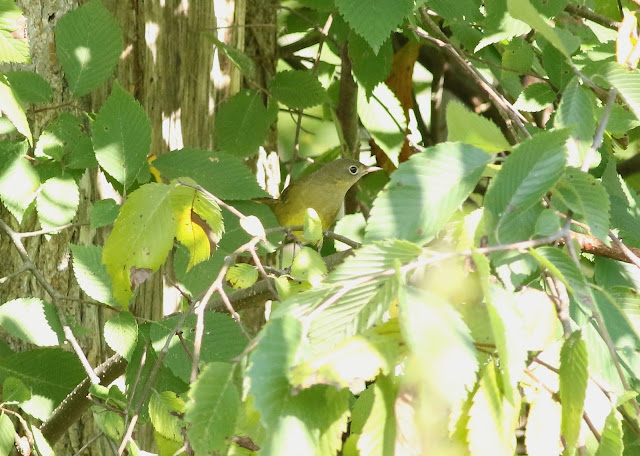 September brings many avian riches to Massachusetts and has to be one of the most keenly anticipated months of the year for local birders. Whether it be the mass migration of Broad-winged Hawks at established hawk watch sites, or the ever present chance of finding Buff-breasted Sandpipers and other cool shorebirds among local flocks of Killdeer, every day of the month has something to offer and even just an hour outside can be time well spent. But for me, September in Western Massachusetts can only mean one thing - migration of Connecticut Warblers! The species is not an especially rare transient but can certainly be regarded as a scarce passage migrant. It's overall status coupled with skulking and unpredictable behavior make it one of the most sought-after warblers at this time of year. Within the Pioneer Valley, the flood plains of Hadley and Hatfield in Hampshire County receive the lion's share, almost all of them in reported in September. 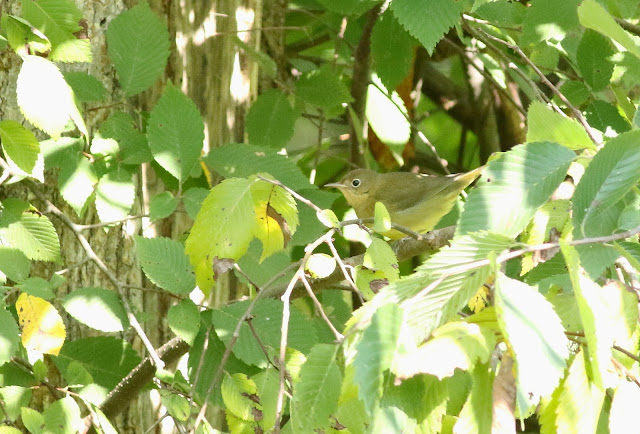 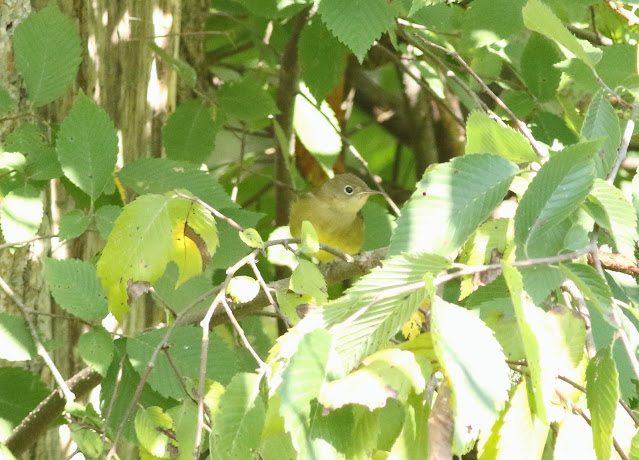 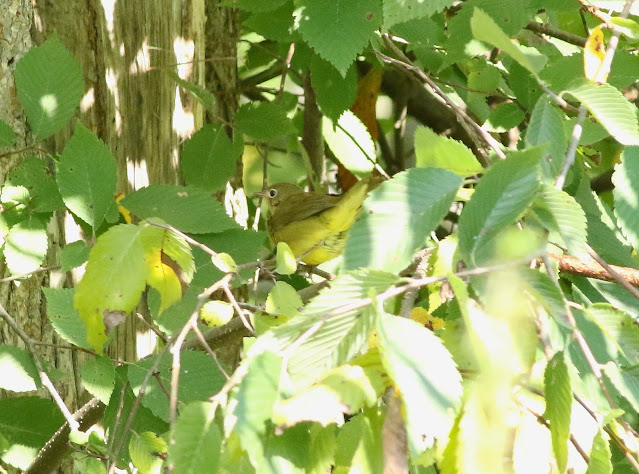 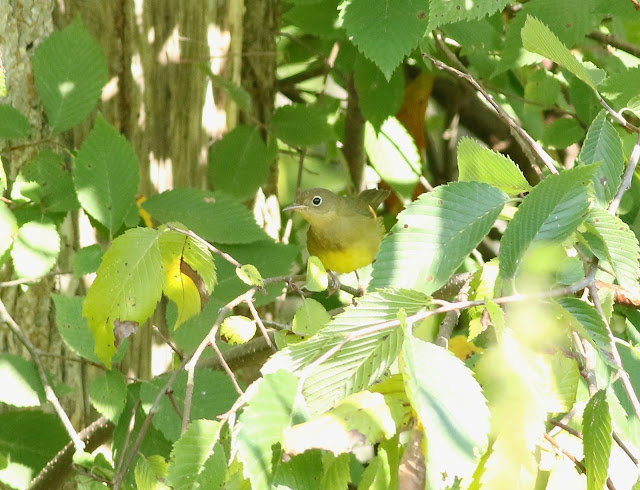 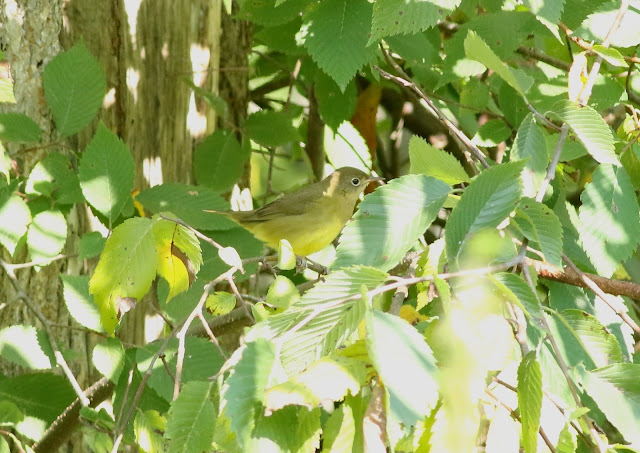 The situation in Franklin County is a little different with far fewer reports and only one (that I know of) actually photographed (by Josh Layfield on Sep 29, 2019). This morning I finally laid a personal ghost to rest when I shared three fantastic minutes with a Connecticut Warbler in Northfield. It flushed up simultaneously with a Common Yellowthroat providing a perfect comparison in flight. Thankfully my eyes tracked the larger, more hulking, shorter tailed bird until it perched in the shade and simply looked at me as if it were offended that I'd accidentally flushed it! Moreover, after three or so minutes of perching silently it suddenly began calling allowing me to grab a few audio clips of the distinctive, yelping 'pwik' calls. Shortly afterwards it dropped down never to be seen again.....but I still lingered hoping for more views.

Ironically, it wasn't a busy morning for landbird migrants with Common Yellowthroat and Connecticut Warbler being the only migrant warblers that I could find during a solid hour of effort.  I have seen Connecticut Warbler in Franklin County before but never well enough to attempt record shots making this morning a different experience altogether.

In the evening a quick check of the flats at Hell's Kitchen found 7 Least Sandpipers and single Pectoral and Solitary Sandpipers amid half a dozen Killdeer, plus 15 or so Wood Ducks.