Today, March 31st, really seemed like a turning point in the transition from winter to spring. At least in the Gill/Turner's Falls area, the air was full of bird song with some real and obvious signs of migration to boot. I paid a couple of visits to Barton Cove, morning and late afternoon, and had new birds on both visits. Most obvious was the returning waterfowl building up to over 70 Ring-necked Ducks in late afternoon along with 7 Bufflehead and numerous Common and Hooded Mergansers, and Common Goldeneye. In the morning I also managed to add Mark Lynch and Shiela Carroll to my local year list and they very kindly put me onto the first Wood Ducks of the season. I could only muster 6 Wood Ducks but Mark and Sheila had a whopping 22 birds! American Black Ducks too have arrived with 7 yesterday and 10 this morning along with the first Gadwall (2) of the season. 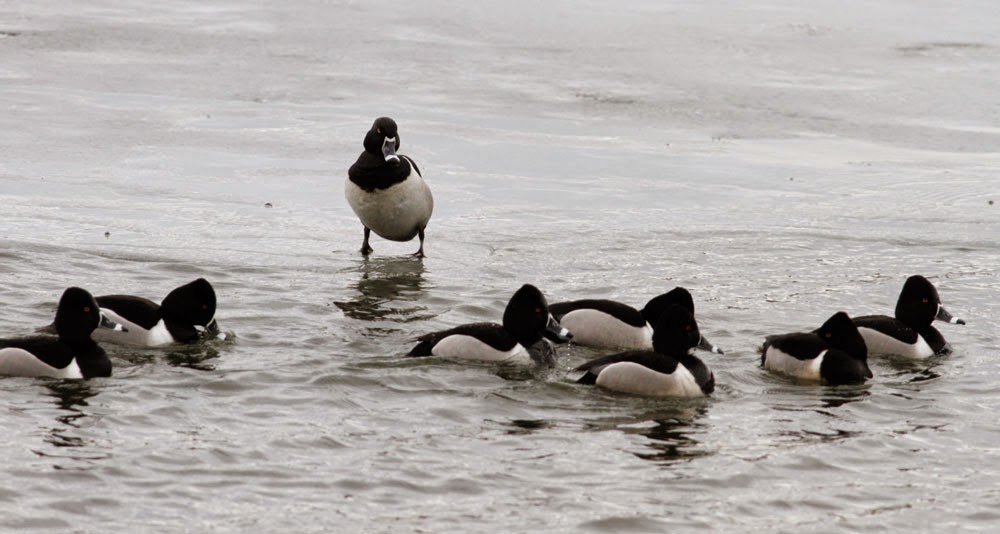 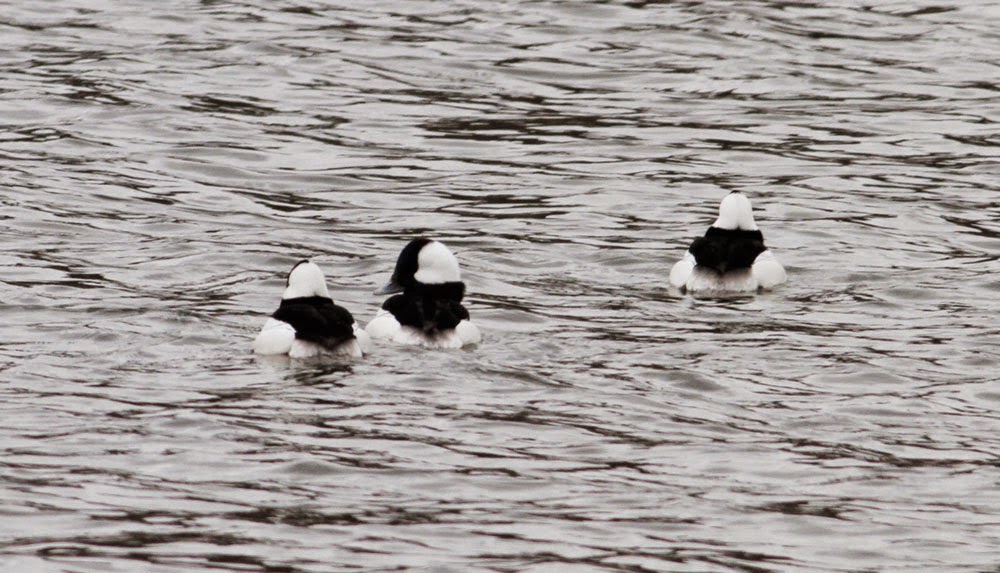 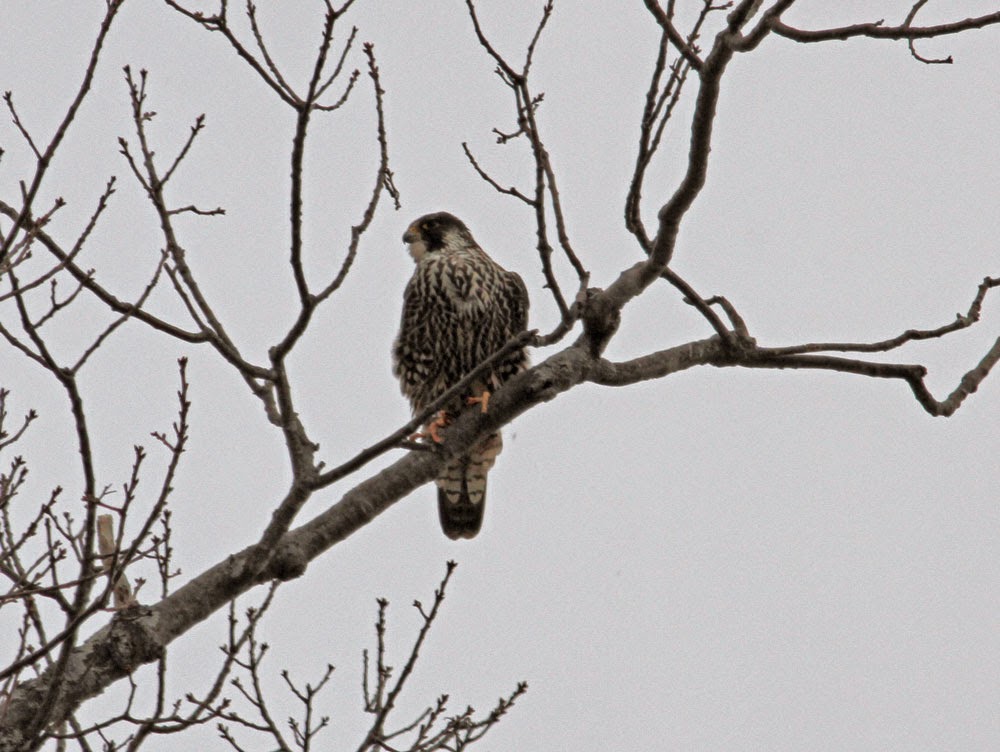 
But it was the goose and gull migration that really captivated my imagination today. Throughout the morning, and actually throughout yesterday morning, small but frequent flocks of Canada Geese migrated northwards. The numbers were not huge but the consistency of the flocks was impressive. In late afternoon, a small grounded flock of Canadas at Turner's Falls contained a Greater White-fronted Goose.  The ice flows held some impressive flocks of gulls in a broad scatter across Barton Cove with at least 700 gulls present by late afternoon. It ended up being a fine day for Lesser Black-backed Gulls with a pristine adult and a first-cycle in the morning, and an additional first-cycle bird in the afternoon. Great Black-backed Gulls were also up on previous visits with over a dozen passing through today, and there was a nice pale first-cycle Kumlien's Iceland Gull in the morning as well. 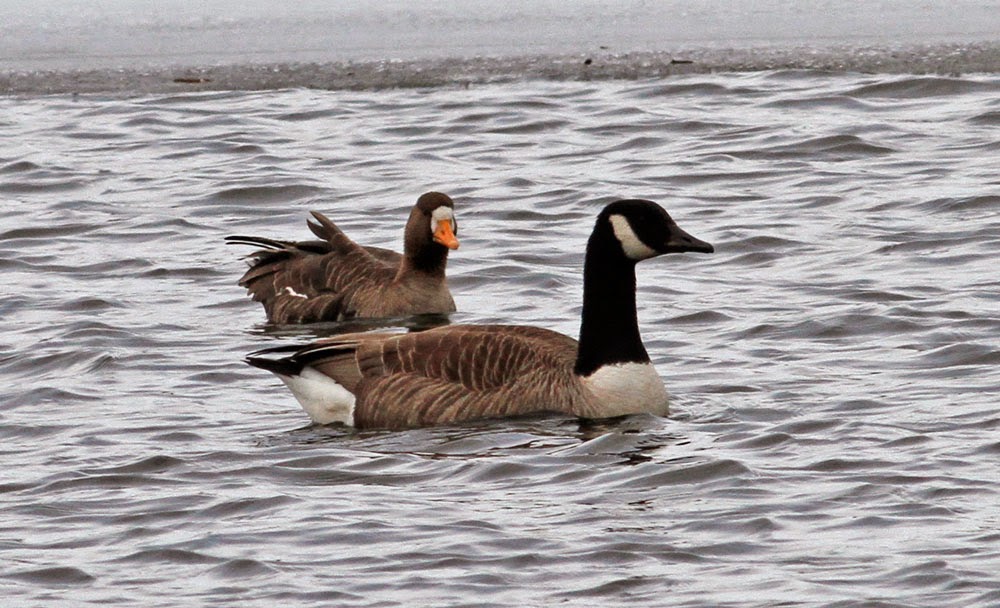 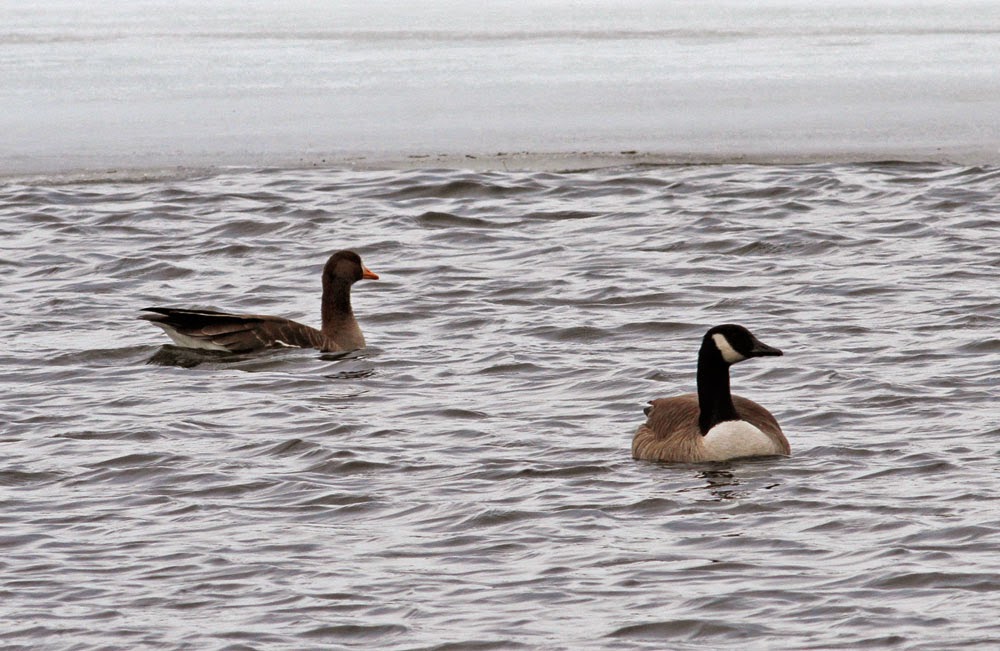 Greater White-fronted Goose (right) - Barton Cove, Gill, Franklin Co., MA. March 31st, 2015.
Same bird as above but resting on the Gill side of the river. 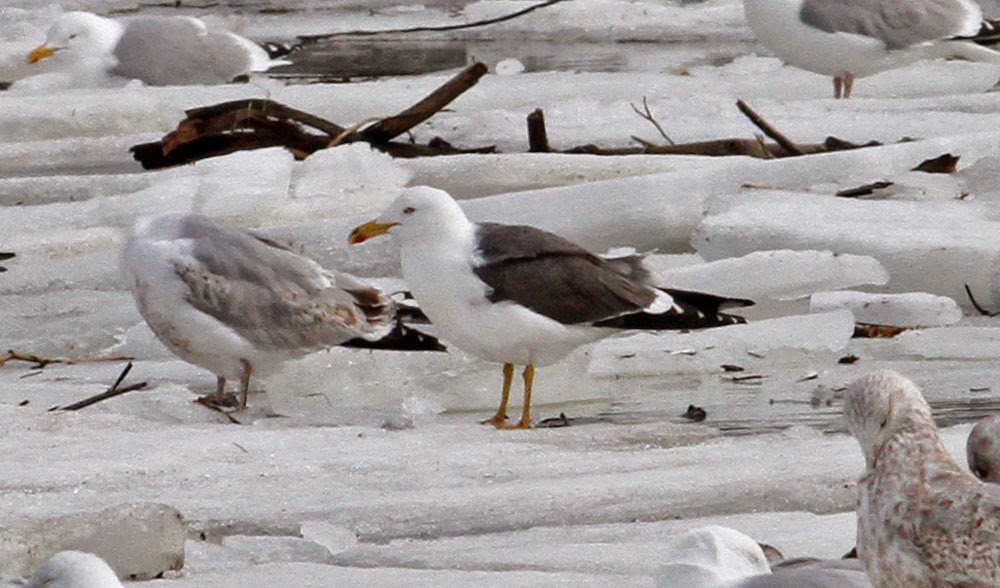 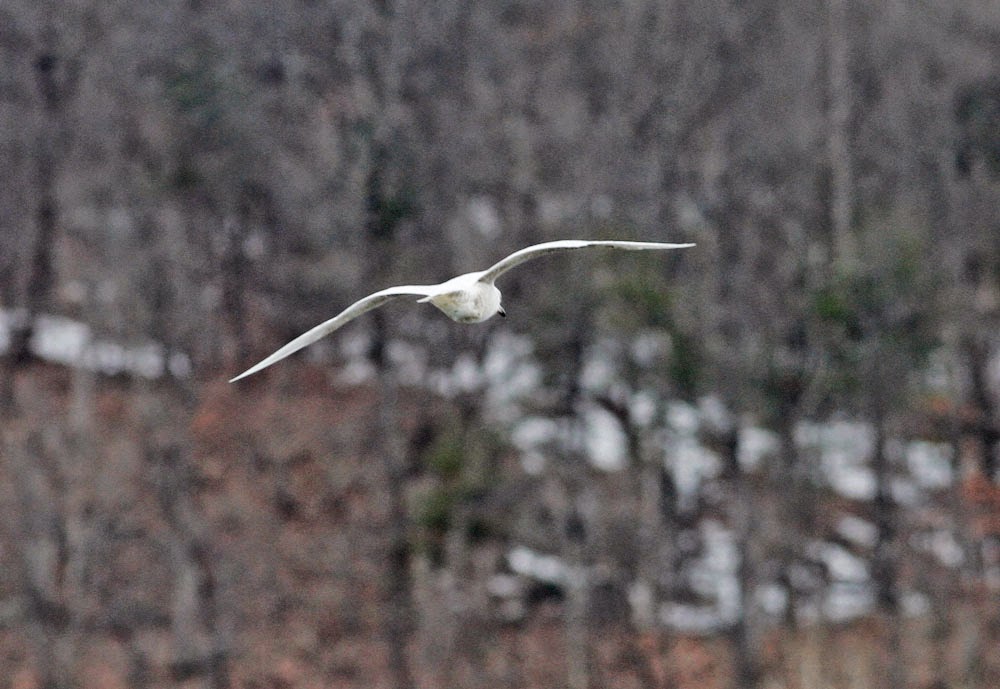 
More on passerines, including migrating redpolls, in the next post........
Posted by James P. Smith at 9:35 PM