Funny to think of 39 deg F as 'spring-like' but it actually felt warmer than that this morning. The roads around Gill were absolutely full of bird song with Common Grackles, Red-winged Blackbirds, Eastern Bluebirds, Dark-eyed Juncos and American Tree Sparrows all over the place. A few American Robins have started to appear including the first 'black-backed' male of the season. This morning was especially notable for singing Fox Sparrows with two heard along North Cross Road and another along Main Road near Upinngil Farm. It was also great to see my first migrant Canada Geese (250) heading north over Gill without stopping, and equally great to hear Killdeers displaying along Boyle Road, Gill. There was also a nice approachable flock of 42 Cedar Waxwings on North Cross Road though, for this morning at least, no Bohemians among them. 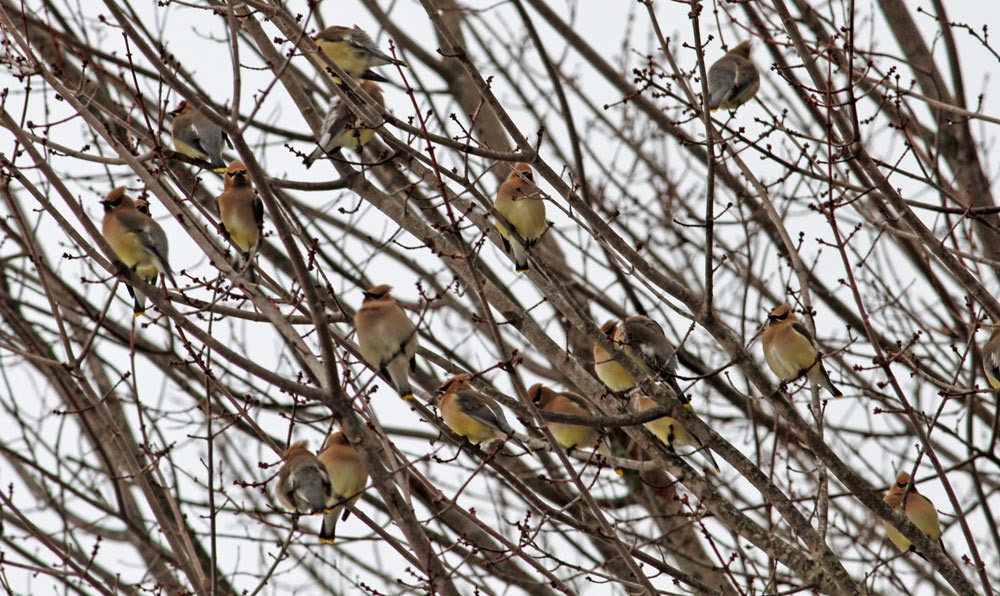 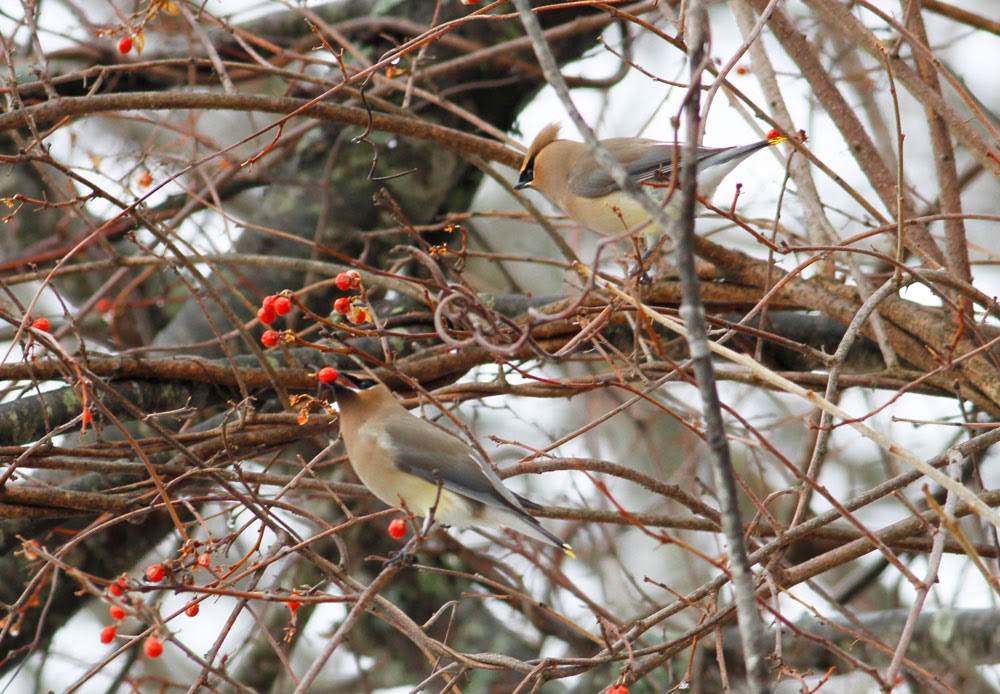 In the afternoon, I made a quick check of the rapidly receding ice at Barton Cove hoping for a few early season swallows but had no such luck. Two drake Green-winged Teals were present however, one a Unity Park and another way out on the ice completely alone. The Ring-necked Duck flock at Turner's Falls power canal had swollen to 37 birds. Common and Hooded Mergansers, and Common Goldeneyes continue there. And a couple more season firsts in the form of a Great Blue Heron at the power canal and a calling Fish Crow on Main Street, Greenfield. 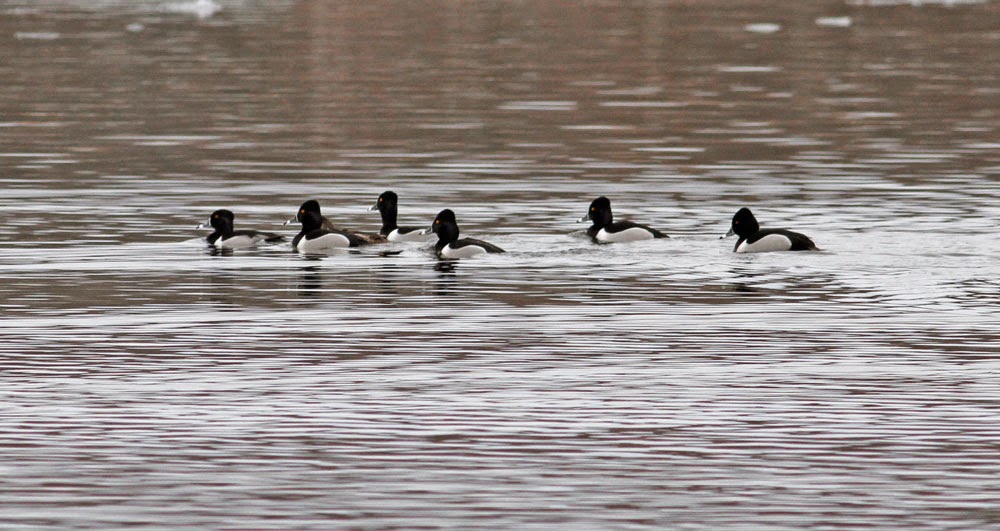 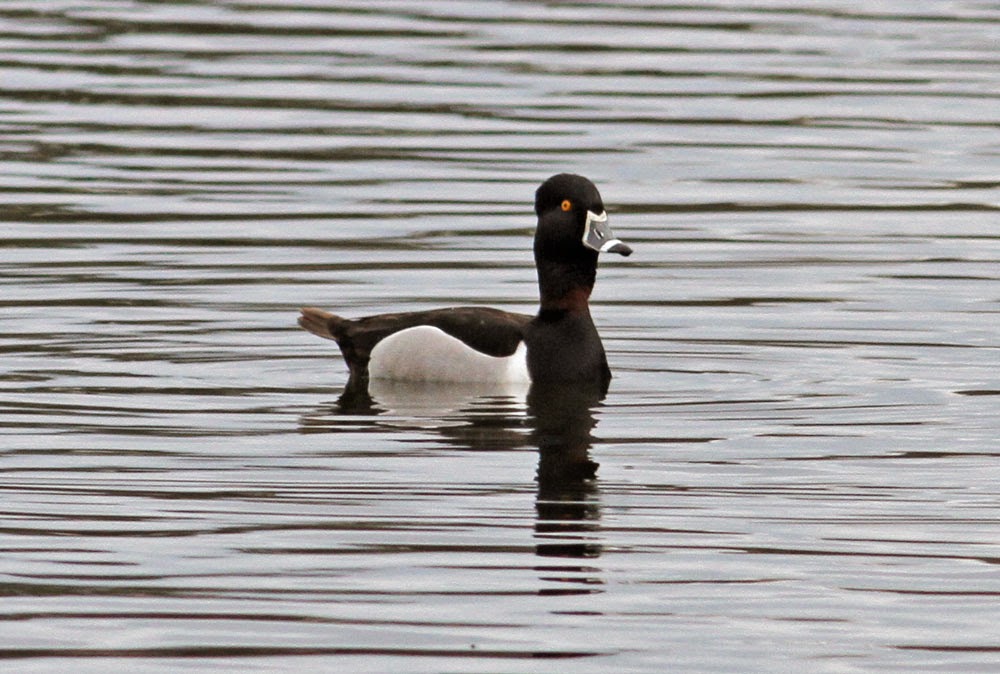