During my morning run in Gill I heard the bright, ringing calls of a Bohemian Waxwing on North Cross Road. I returned thirty minutes later armed with bins and camera and was delighted to relocate it loosely associating with a group of about 15 Cedar Waxwings foraging on Oriental Bittersweet. I watched the Bohemian for a little while before it suddenly lifted up and joined a flock of about a dozen passing waxwings (silent) which I assumed to be part of the same group of Cedars seen earlier. As the lone bird joined the flock I mentally noted that there didn't appear to be much of a size difference between the lone bird and the group. When I looked at the photos at home, the whole group showed the diagnostic chestnut undertail coverts of Bohemian Waxwing......fourteen of them in all!! 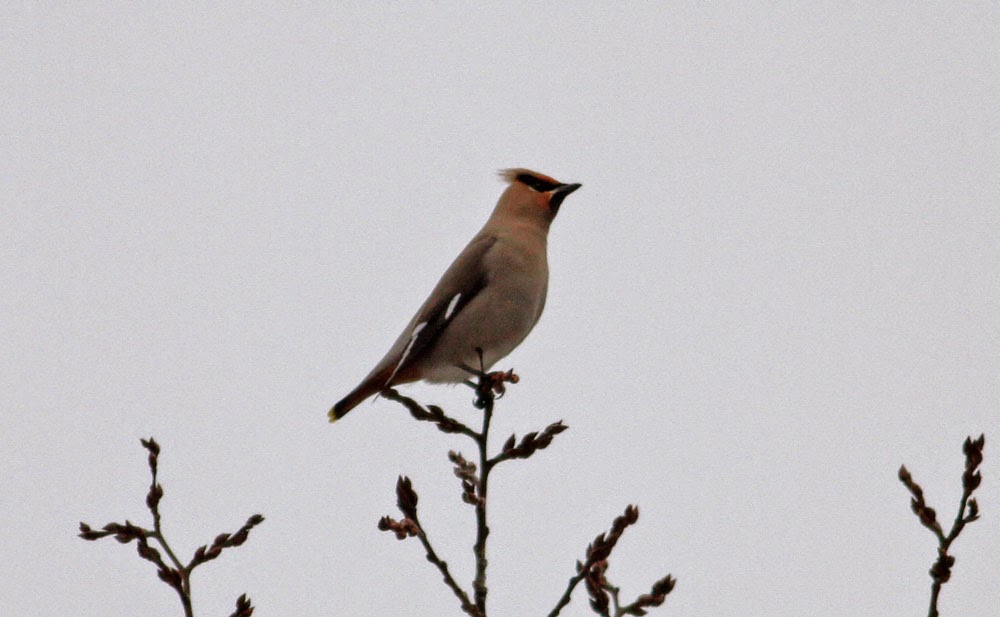 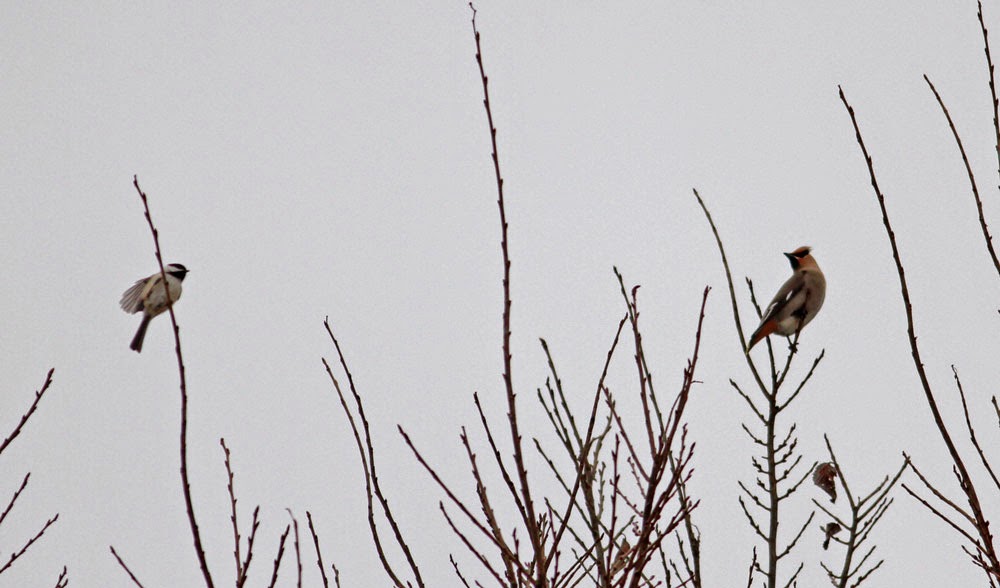 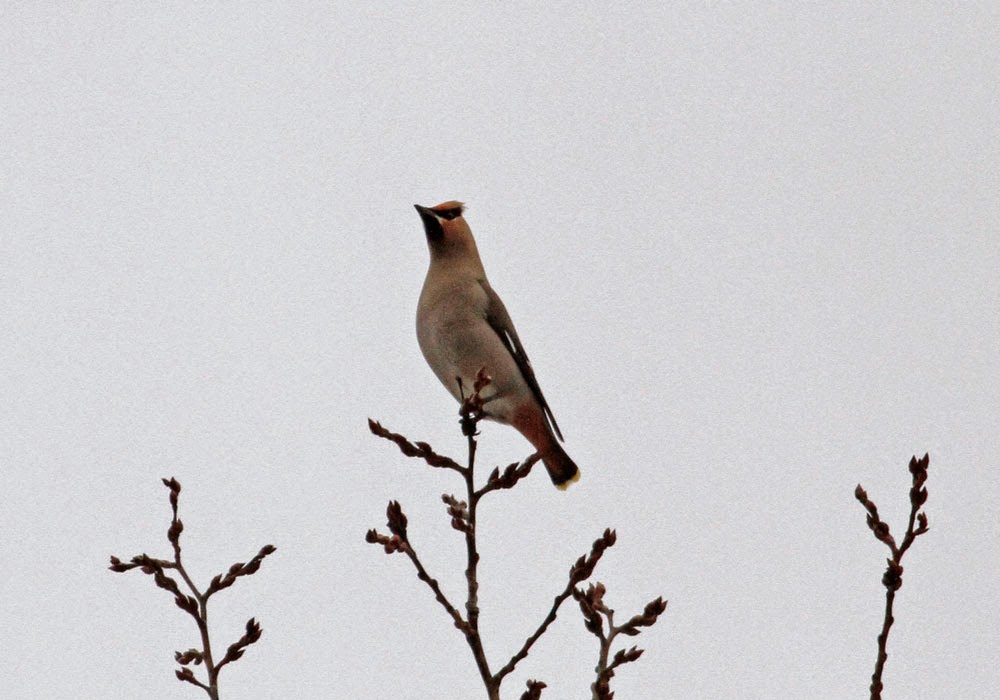 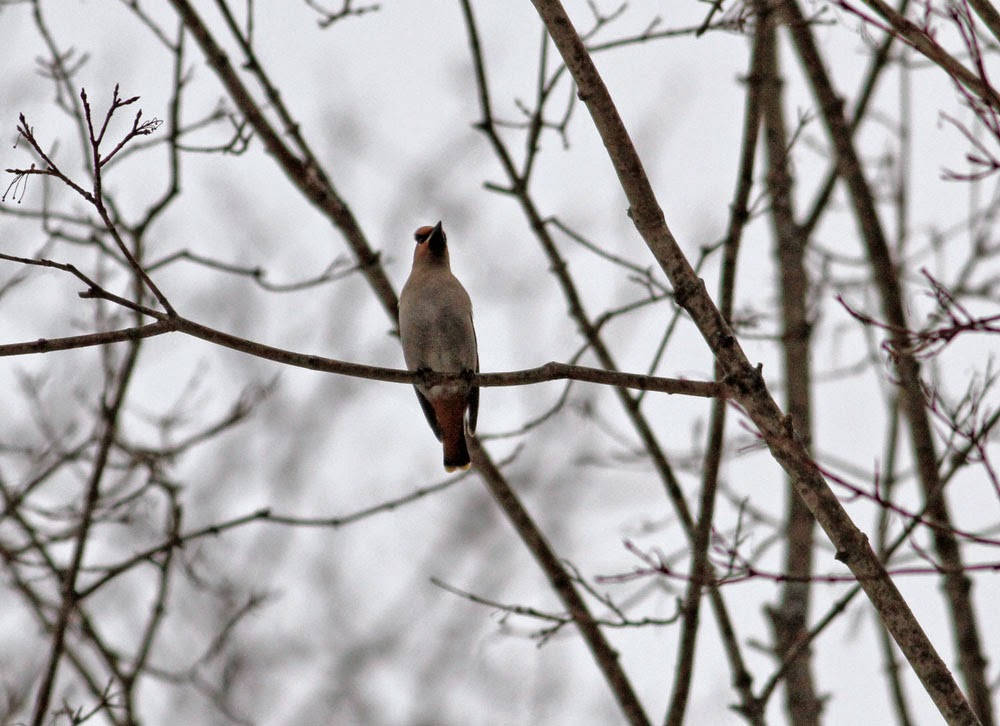 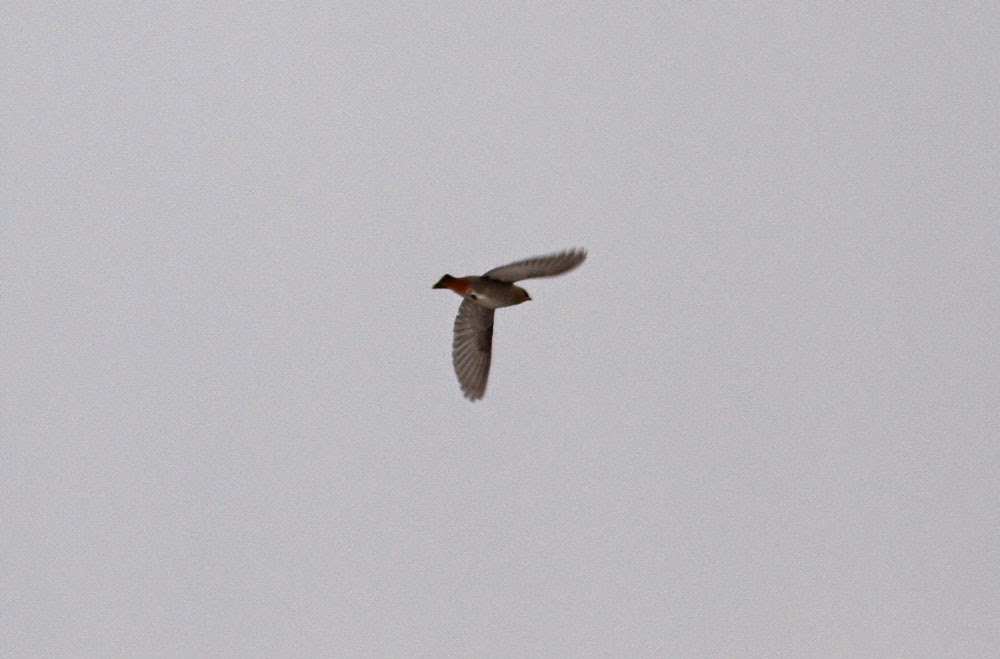 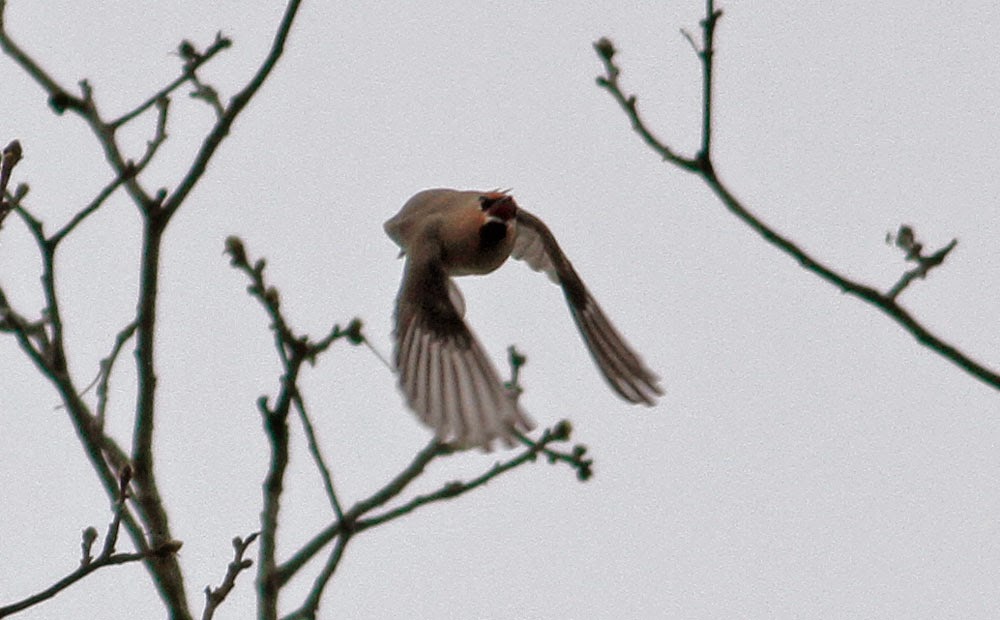 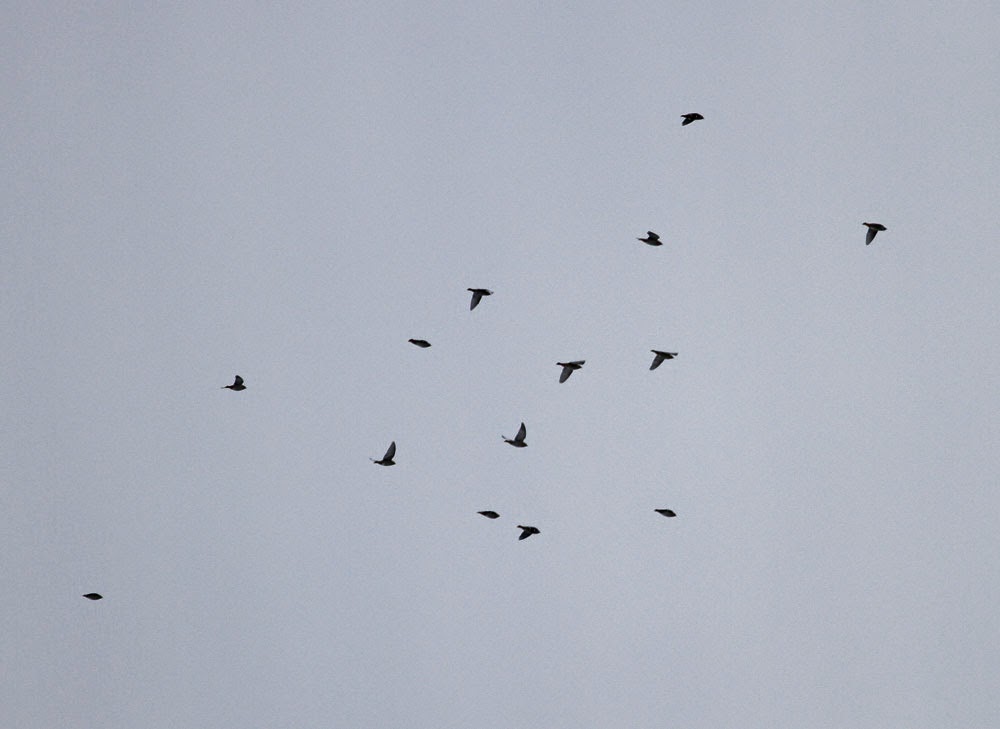 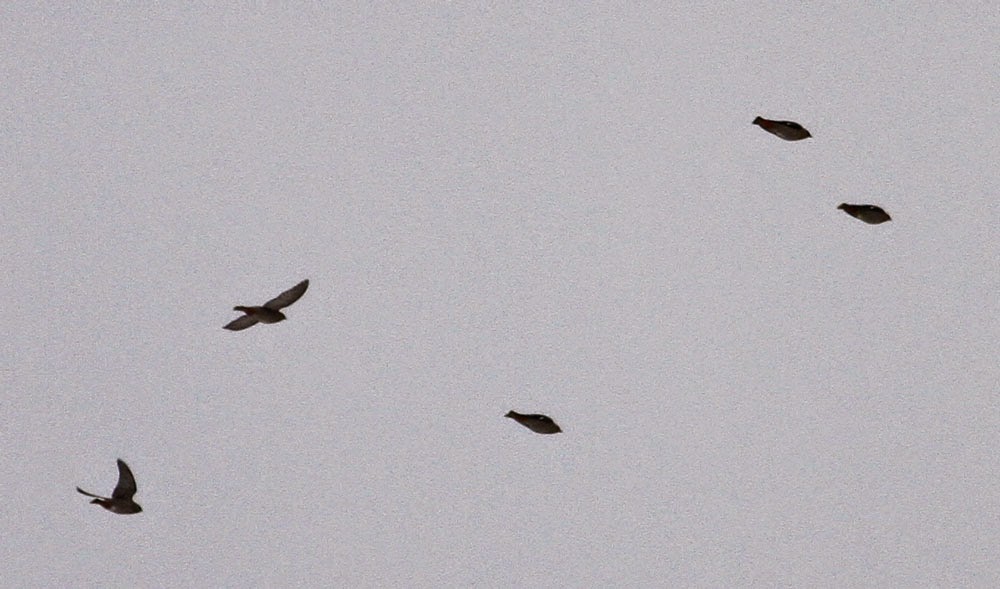