MA - Sage Thrasher and more on the first day of March 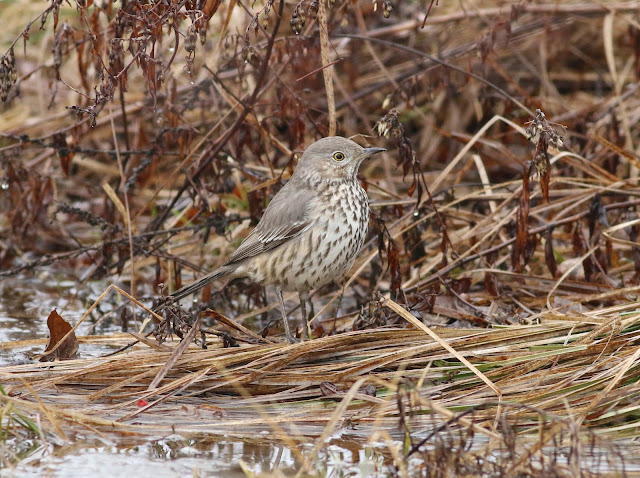 March. The first day of three months of spring migration dawned appropriately mild, calm and showery. By late afternoon, and in a way equally appropriate for March, it was cold and blustery! The first morning of the month was certainly very spring-like with lots of song coming from the local residents and nicely mixed with a number of species that will certainly not stay for the breeding season, namely American Tree Sparrow (multiples singing in Gill, Whately and Hatfield), Common Redpoll (75 in Whatley, many in song) and Rusty Blackbird (18 in Hatfield at Cow Bridge Road and singing/calling throughout my time there). 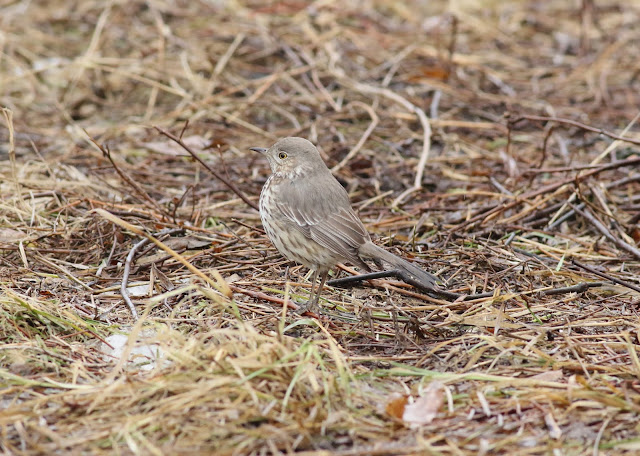 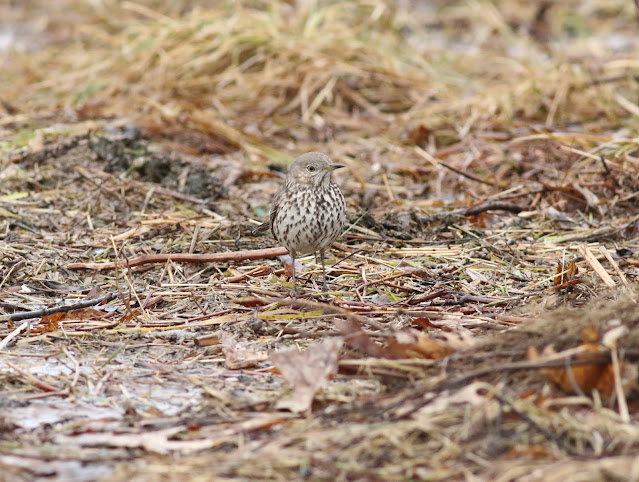 Spurred on by the mild conditions, a visit with the Hatfield Sage Thrasher had the most appeal for the morning. After about 20 minutes of waiting (alone) the bird duly appeared and put on a fantastic show. It was bold and totally unfazed by my presence and I especially enjoyed watching it forage on the ground, marveling at its ability to simply disappear only to see it reappear in a completely different spot some 15-20 minutes later. 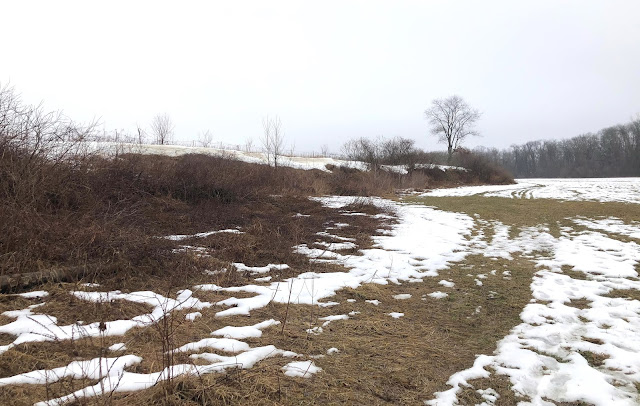 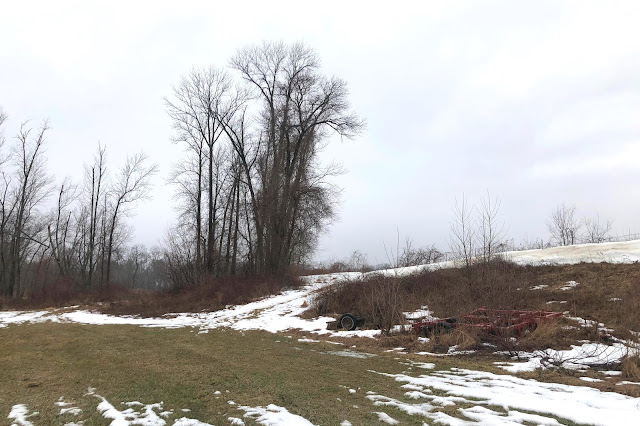 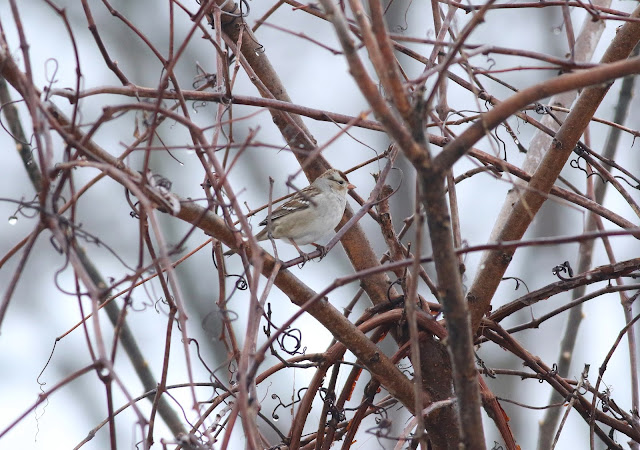 White-crowned Sparrow (first-winter) - one from a nice concentration of five immatures in Whately this morning. Franklin Co., MA. March 1st, 2020. 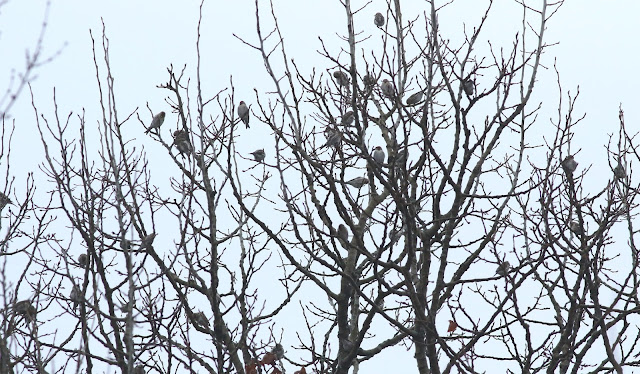 Common Redpolls - Whately, Franklin Co., MA. March 1st, 2021.
Not the best day for studying redpolls. They simply sat up in the trees and sang! 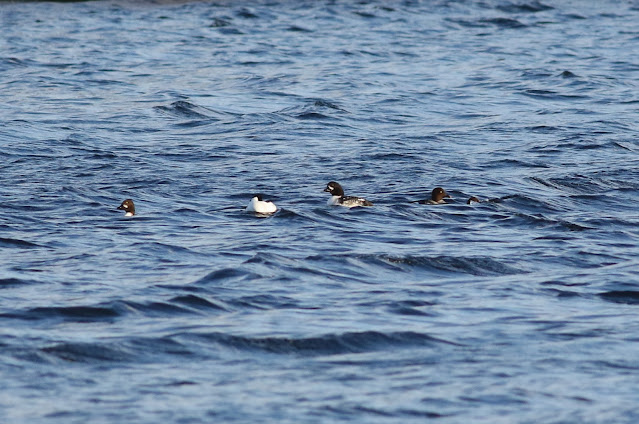 Late afternoon saw a return to more wintery conditions. For the most part it was raw and windy but I was delighted to find the Barrow's Goldeneye back at the power canal, and it was courteous enough to drop into the roost nice and early with just a tiny handful of Common Goldeneyes. The local gull roost continues to be a little on the 'light' side but did produce a nice Iceland Gull this evening. 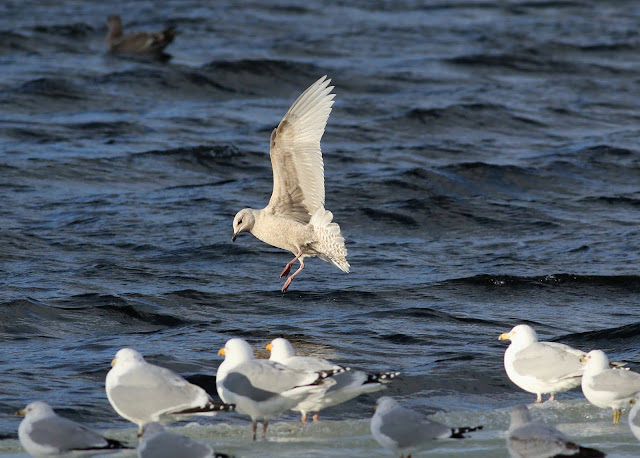