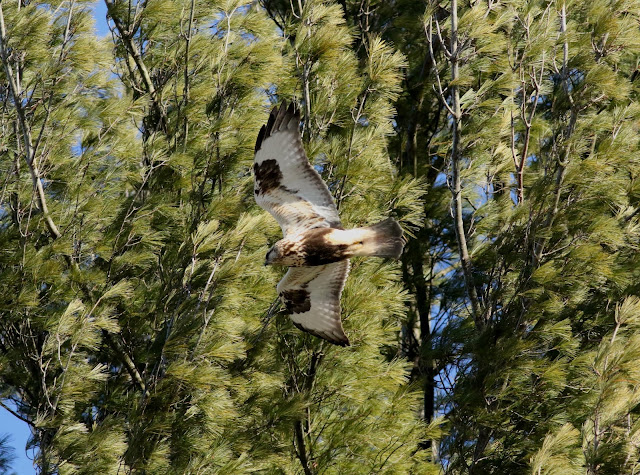 For some inexplicable reason, Rough-legged Hawks appear to be pretty rare in Franklin County. Over 15 years of regularly birding the county at the right time of year I've managed to see just two; one at Turner's Falls Airfield on Nov 4th, 2013 and another at the Quabbin Reservoir, first found by Bill Lafley, on Jan 16th, 2016. I really don't have a clear explanation as to why my favorite North American buteo has been so aloof over the years but needless to say, when Brendan Murtha reported a light morph near Shelburne Falls on Jan 7th my interest was more than a little piqued! The location was a familiar one, a rather picturesque roadside picnic area by the Deerfield River along the Mohawk Trail. This is well known territory for our family with dozens of trips to Thunder Mountain Bike Park and Berkshire East Mountain Resort logged in years past. 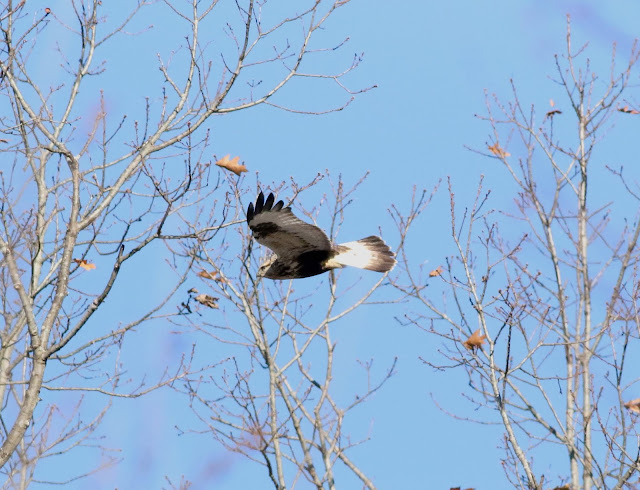 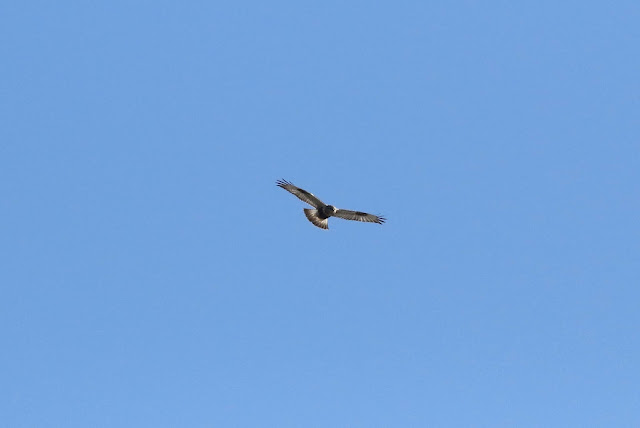 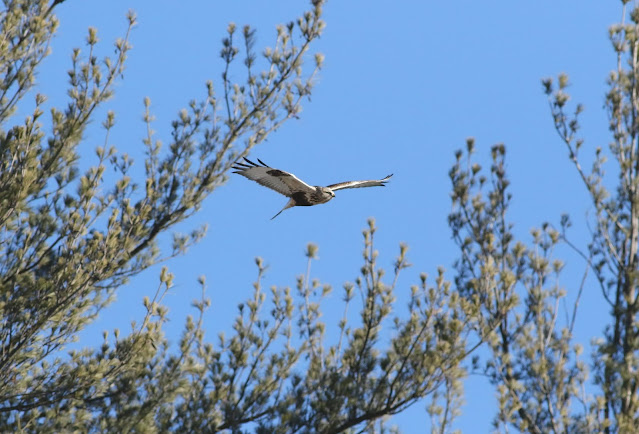 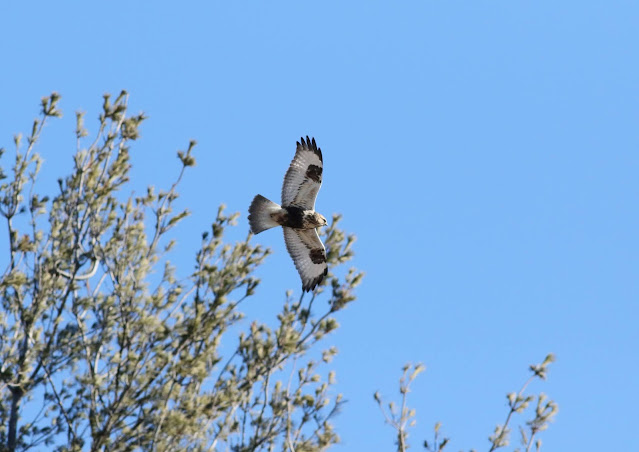 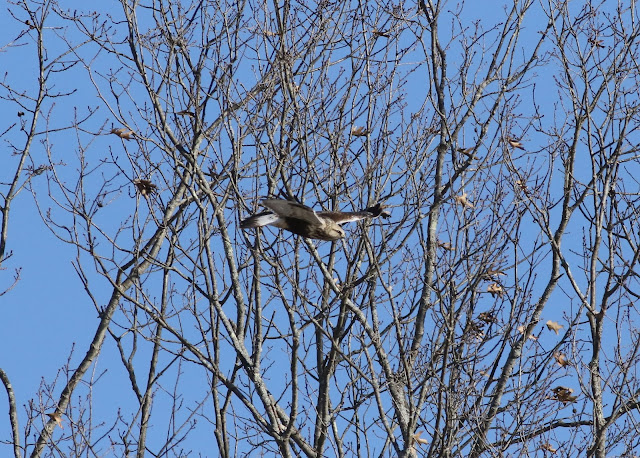 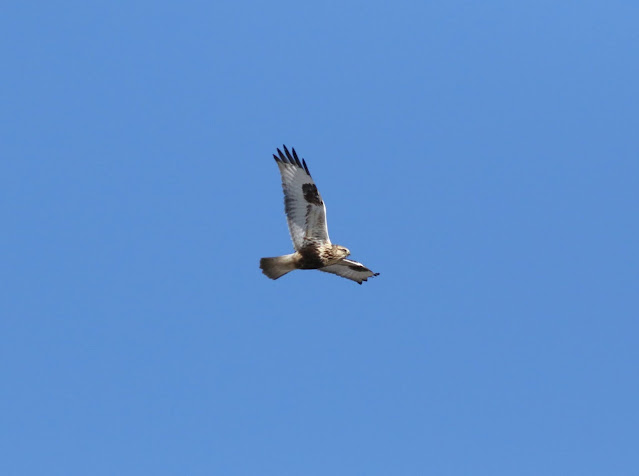 This morning's venture could hardly have gone any better. No sooner had I pulled in to the rest stop and had started to layer up with warm gear than the Rough-leg appeared. It was low, close and stunning! No need for binoculars, it was an easy naked-eye identification. It drifted around the fringe of the White Pines and out of view only to return via almost exactly the same route some 30 minutes later. It was a classic, crisp New England winter's day and the views of the Rough-leg were as pure as anything I could have hoped for.  It drifted low over the Deerfield River and began quartering the lower lying fields in Buckland. 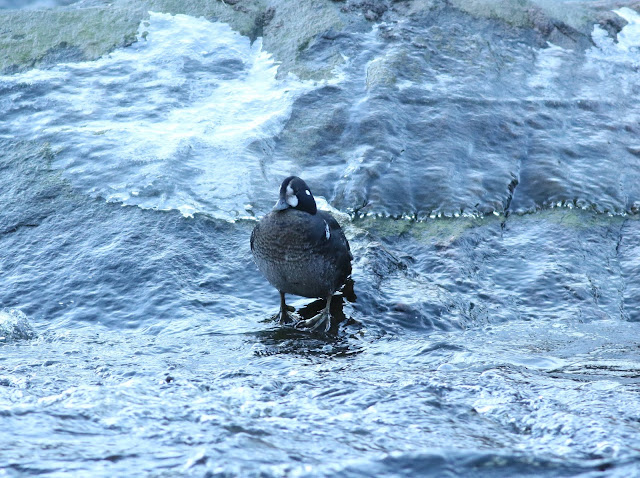 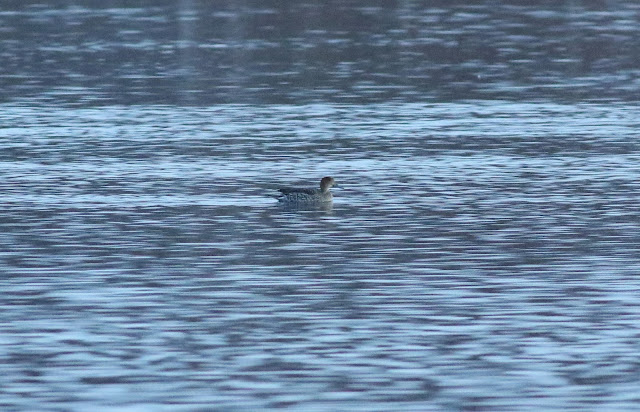 Later in the day I caught up with the Harlequin Duck back on the Millers River, the Lesser Back-backed Gull again at Barton Cove, and the young male Barrow's Goldeneye back at the Turner's Falls power canal where a female Northern Pintail looked like the only new arrival of the day. 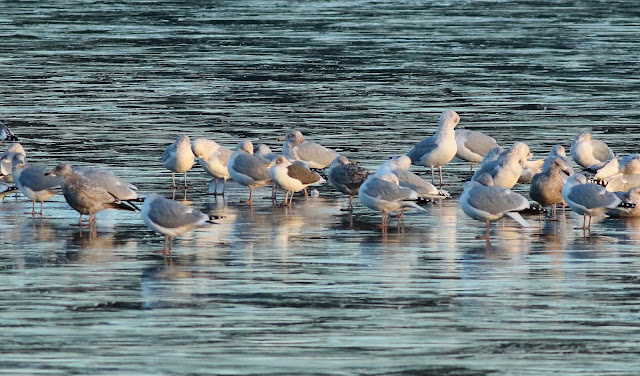 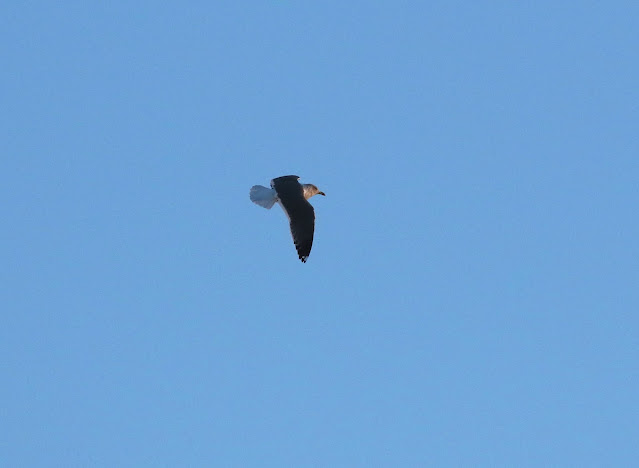