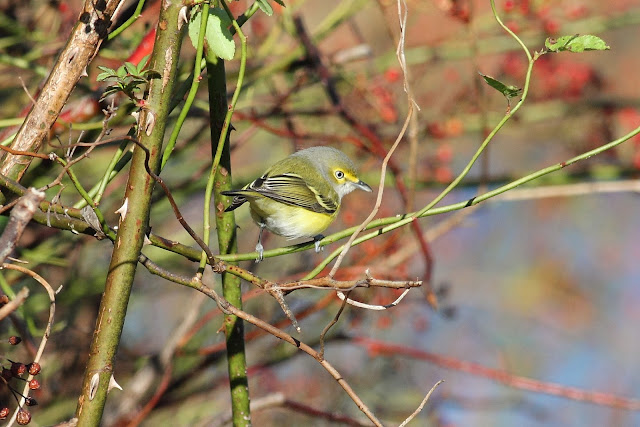 Last weekend's Cattle Egrets in Gill perhaps indicated that more species with a southern distribution could be lurking out there waiting to be discovered. Remarkably, we would later find out via Facebook and ebird, that Rick Hart had discovered a juvenile White Ibis at the Oxbow in Northampton (Hampshire County) on the same day that the Cattle Egrets had arrived in Gill - October 22nd. White Ibis is a review species and an exceptionally rare bird in interior Massachusetts with perhaps less that 25 records for the entire state. Fortunately it was well photographed.

Balmy, soggy southerlies and high temperatures persisted until the 26th when a cold front brought heavy rain, northern winds and a light smattering of waterbirds to the Turner's Falls area including six White-winged Scoters, a Bonaparte's Gull and a nice raft of six Red-necked Grebes. The following day saw two Surf Scoters and the first Buffleheads of the fall, while the 28th brought two Black Scoters to Barton Cove. 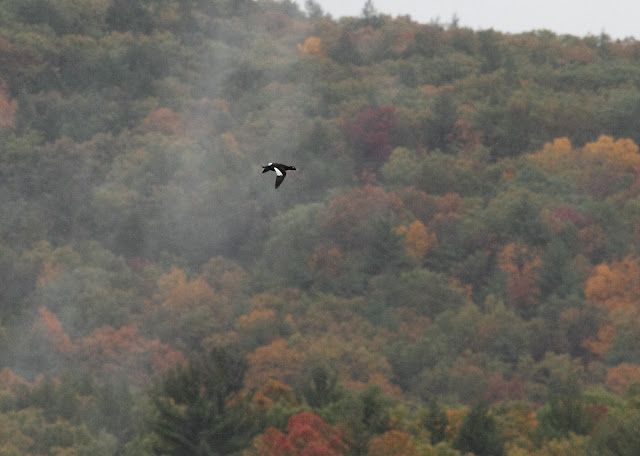 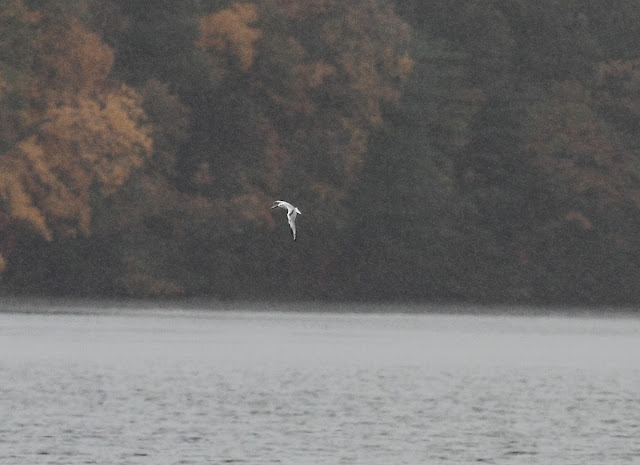 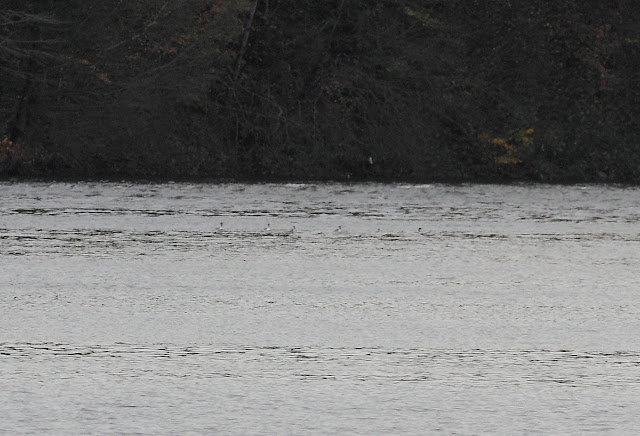 As thrilling as these waterbirds are in Turner's Falls, it's fair to say that they should be expected in late October under the right conditions. Far less expected was an immaculate White-eyed Vireo found in a riverside thicket. My time constraints and the bird's ultra-skulking behavior meant that it would have to be recorded as a 'heard only' on the day of its discovery. It was frustrating in the extreme to have a singing White-eyed vireo just feet away and not be able to see it! It was still present the following day but far less vocal in the cold and rain, but finally on the 27th it gave itself up and offered reasonable views in bright sunshine. I would have to admit that from a personal perspective this was the single most elusive and skulking species that I've encountered in our area for years. 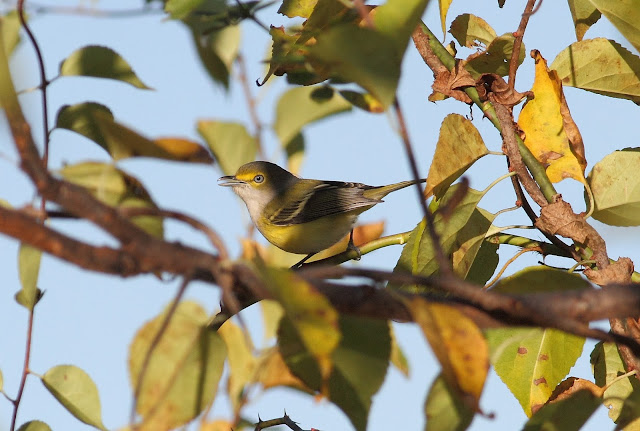 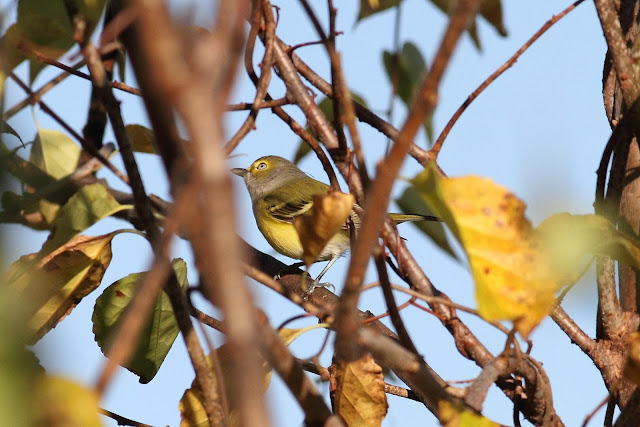 White-eyed Vireo - Turner's Falls, Franklin Co., MA. October 27th, 2017. ebird does not appear to show any records of this species in Franklin County. In fact, I only know of one other report, a credible sight record from Eric Huston in Northfield Meadows on Nov 2nd, 2013.

The Cattle Egrets continued to be seen in the Gill meadows throughout the week but their numbers dwindled almost daily until only one bird remained on the 28th. The same area (Boyle Road) produced some nice incidental sightings with two Rusty Blackbirds on the 27th, and a calling Great Horned Owl and two American Woodcocks on the 28th. 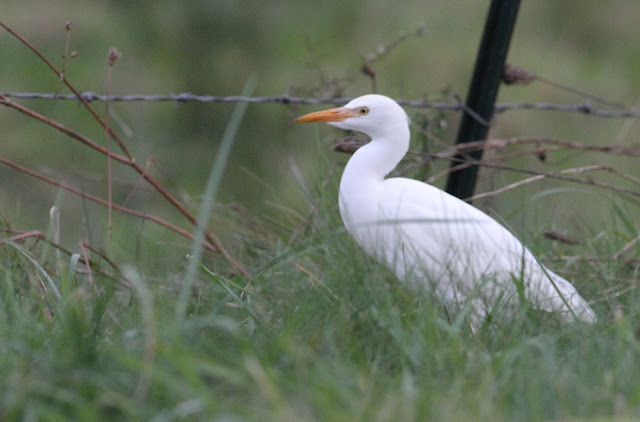