David Sibley's excellent new blog features an extremely interesting perspective on Redpoll identification, especially relevant given the current widespread incursion of both species into the New England states and beyond. Apart from lively discussion of some Hoary-like individuals, David has developed a scoring system for redpoll identification neatly illustrated in this plate on his blog.

Looking at this got me thinking about a couple of birds which I happily left undetermined at Niles Pond, Cape Ann on December 30th. The same flock contained two excellent Hoary Redpolls, but at least two others with relatively white rumps and a confusingly Hoary-like appearance were present. In short, I decided to leave both of them unidentified based largely on the multiple streaking on the undertail coverts. Both birds appeared to show more than three streaks on the undertail coverts which I'd always thought to be outside of an acceptable range for Hoary, but otherwise, essentially, they looked very Hoary-like to me.

Even more interesting, David questions the notion that pale Common Redpolls exist at all, which was one of the possibilities put forward for these two birds at Cape Ann on December 30th. All in all, it's intriguing stuff. 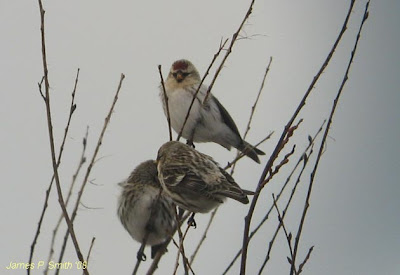 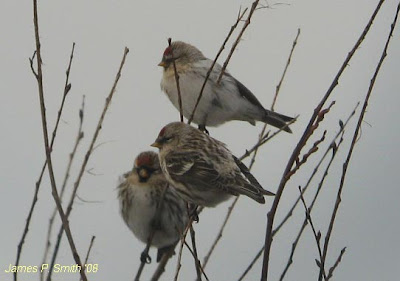 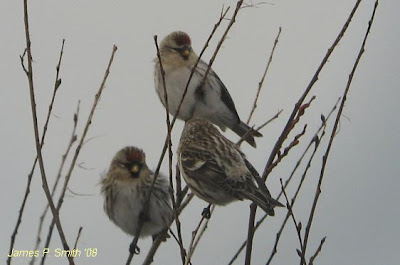 1) Redpoll sp (upper bird) - with Common Redpolls. Overall rather Hoary-like with very light streaking along the flanks and a nice yellow-ochre wash around the face, but the undertail coverts show about four rather light (but well marked) streaks. 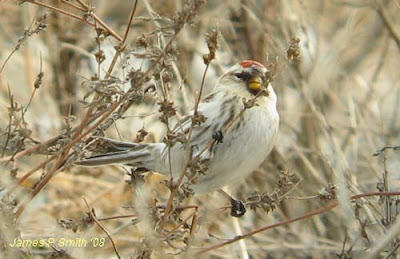 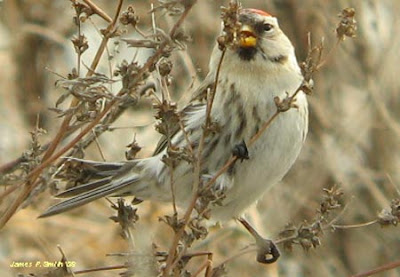 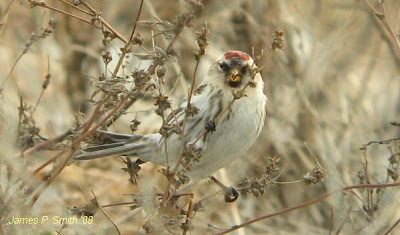 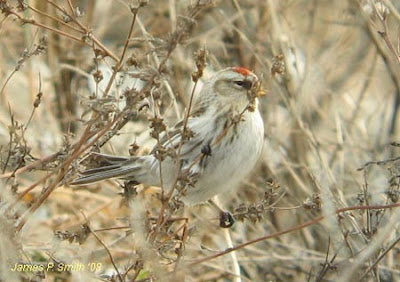 2) Redpoll sp - a different bird with a very frosty look but with a line of three reasonably well defined streaks on the right hand side of the undertail coverts. Otherwise mostly white rump, plain auriculars and yellow-ochre wash around the face. This bird had brownish-gray upperparts, rather warmer than the colder gray of the two Hoaries present.