It really was cold today, temperatures at freezing or below almost all of the day along with a savage westerly wind creating wind chills that made it feel even colder. It felt much more like a day in mid-winter rather than mid-November. I checked a couple of areas for waterbirds finding impressive numbers of Hooded Mergansers (64) at Barton Cove along with a drake Bufflehead. Then onto Gate 35 at the North end of the Quabbin, my first visit this fall. The highlight was a Red-necked Grebe still retaining much of its juvenile head pattern. Though it wasn't especially close, I did manage to get a record shot. Otherwise, three Common Loons and three Hooded Mergansers were the only waterbirds present though the brutal conditions hampered more thorough checking. 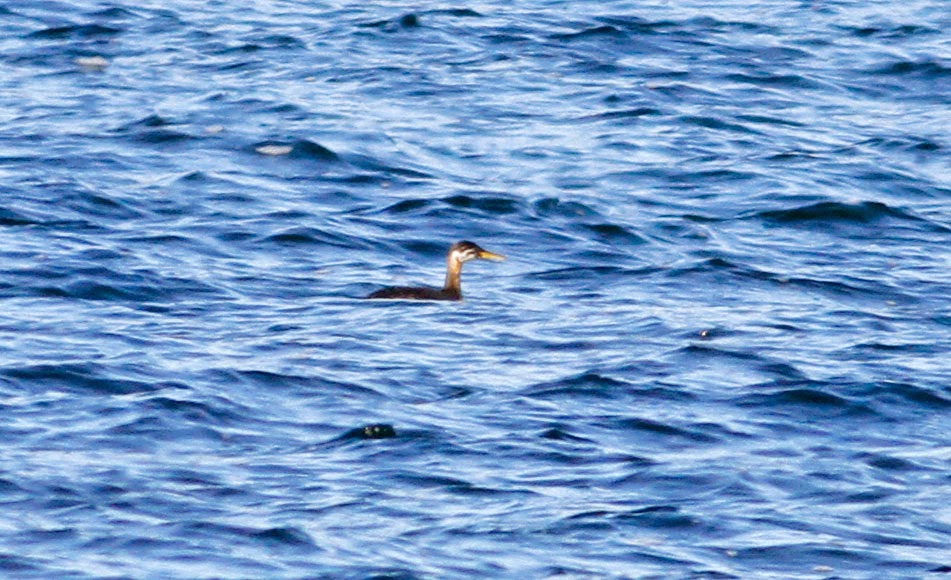 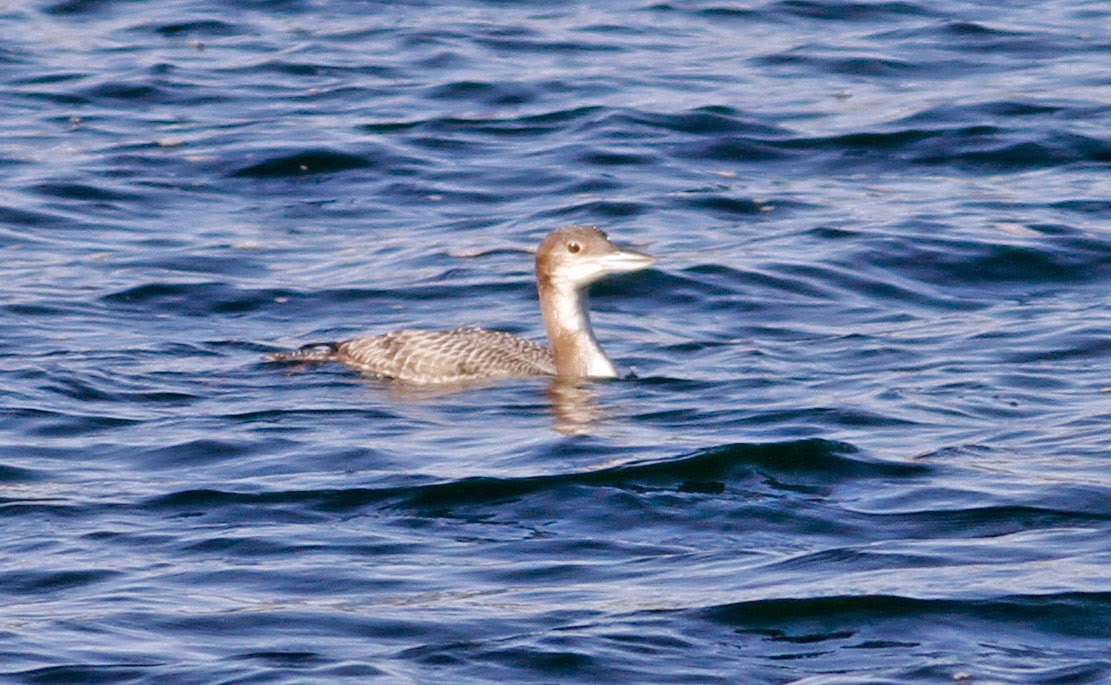 Common Loon - juvenile, Gate 35, North Quabbin, Franklin Co., MA. November 19th, 2014.
Distant, and as with the grebe above, quite tough to get to close to water birds at the Quabbin. 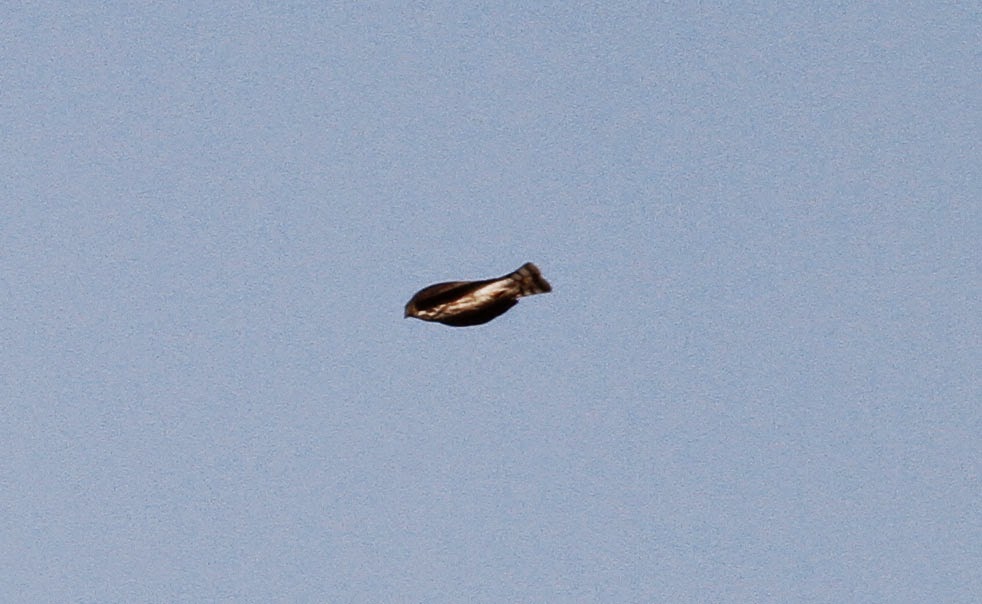