No real time for birding today but a couple of stops between errands produced a whopping 110 Hooded Mergansers at Barton Cove just before noon, and later, 5 American Wigeon and 2 Green-winged Teal at the Turner's Fall power canal. At least 900 Canada Geese were present on the power canal as well, but despite a good effort, I couldn't find any scarce geese among them. 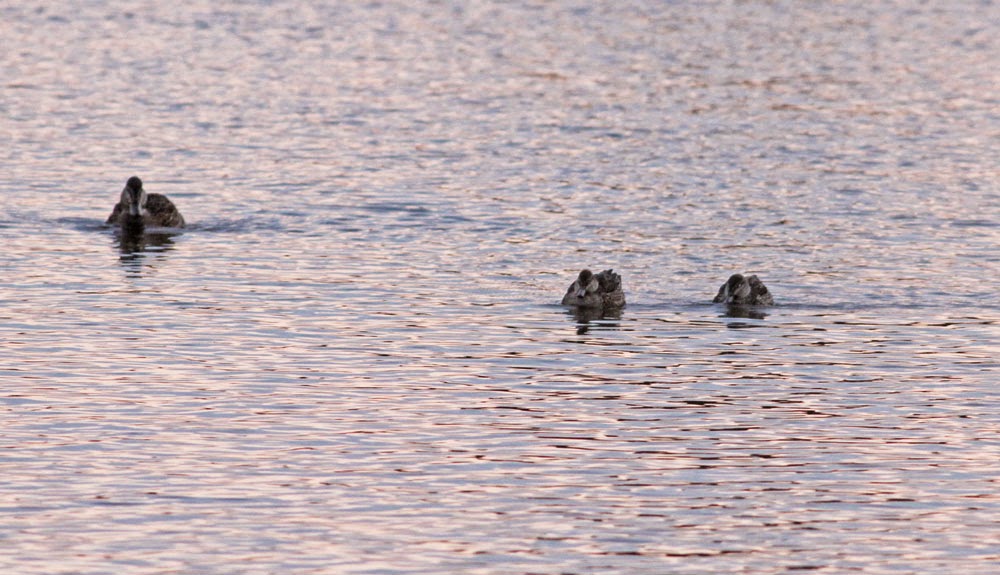 Excellent! Where at Barton's Cove are you able to take such good photos!