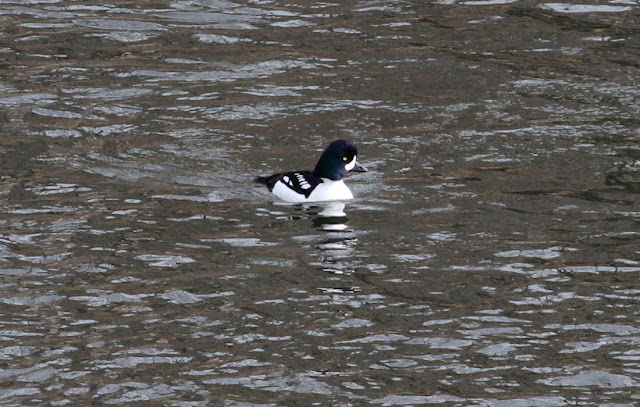 A raw day with temperatures below 20 deg F for most of the day and winds gusting up to 45 mph making it generally unpleasant to be out. A late morning appointment meant that it was hardly worth going home after dropping Matan at school so I poked around a couple of locations that I don't bird too often. 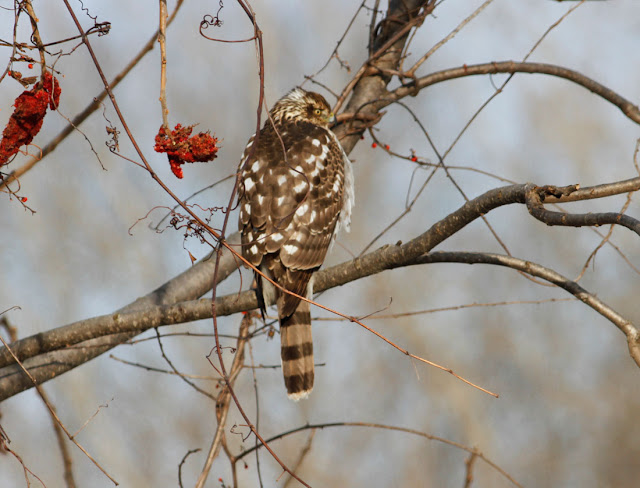 At Deerfield Meadows I had cracking views of a juvenile Cooper's Hawk followed by yet another White-crowned Sparrow. I don't recall such a good mid-winter period for these scarce sparrows and over the last two weeks I've now seen birds in Hadley, Northampton and Deerfield, and the latter could well be my first in Franklin County at this time of year. 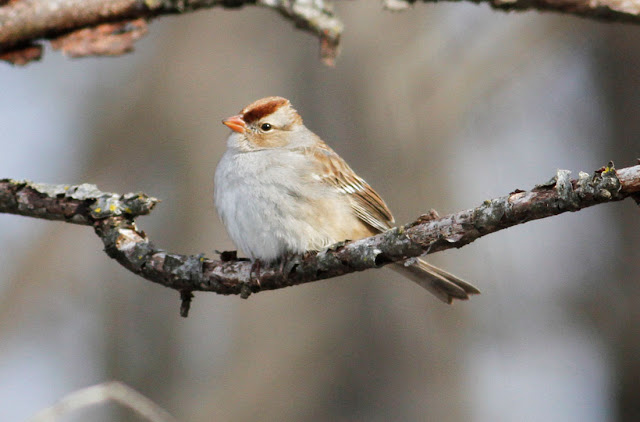 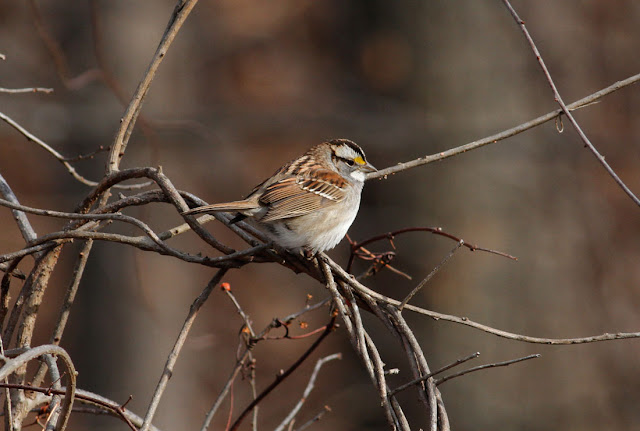 At Montague City, the impressive goldeneye show (about 75 birds) was close to the Canalside Rail Trail bridge and it wasn't too long before I was looking at a fine drake Barrow's Goldeneye once more. Again, it seemed to be paired and dispalying with a female and the same pair showed up at the Turner's Falls power canal at dusk. A drake Green-winged Teal continues to hang out with the Mallards at Montague City as well. 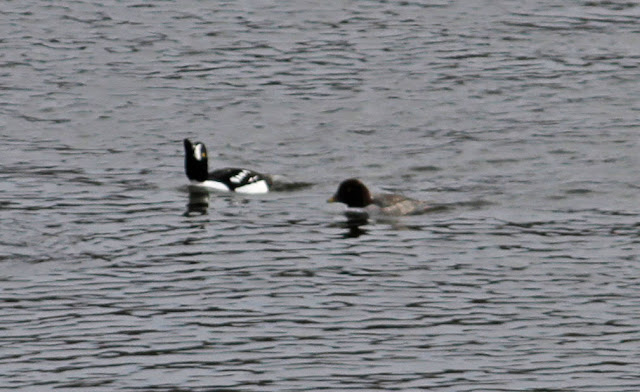 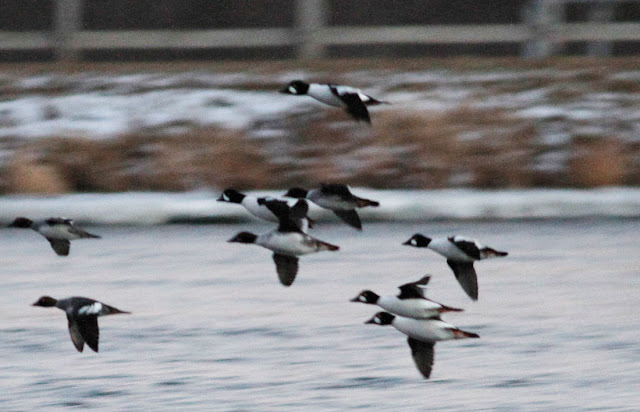