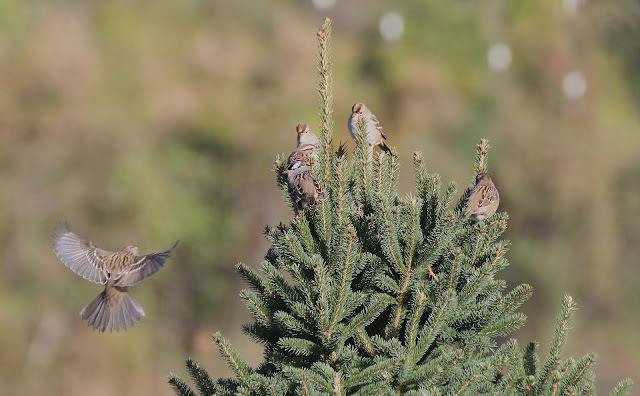 
The day got off to a pretty good start with a Northern Saw-whet Owl calling spontaneously in the pre-dawn chill on North Cross Road, Gill. The call was not the familiar territorial 'tooting' but an eerie, drawn out 'wail' or 'whine' repeated about three times and proved to be my first migrant saw-whet of the fall. As the morning warmed up a little I found myself in the hoar-frosted fields of Northfield Meadows where I was greeted almost immediately by a half-dozen White-crowned Sparrows. Any October day with a White-crowned Sparrow is noteworthy in our area but to have six together straight of the blocks was a neat precursor to what would become my biggest day (locally) for the species. After an hour of working a relatively small area of fields I'd logged a minimum of 45 White-crowned Sparrows and I couldn't even get to the remainder of the fields because of fumigation taking place nearby. Any autumn morning with 3 - 6 White-crowned Sparrows would be excellent for northern Franklin County but a tally of 45 is totally unprecedented and I've certainly not seen anything quite like it before. It's the first morning that I've had where White-crowned outnumbered the often abundant White-throated Sparrows. In fact, it was quite the sparrow show in Northfield this morning with Savannah (25), Song (30), Chipping (8), Vesper (1) and Field (1) Sparrows all on view. Warblers had virtually cleared out from this particular spot and I only saw one Yellow-rumped all morning. 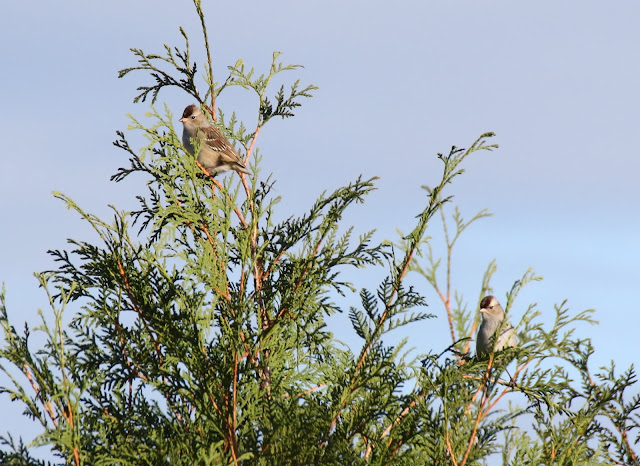 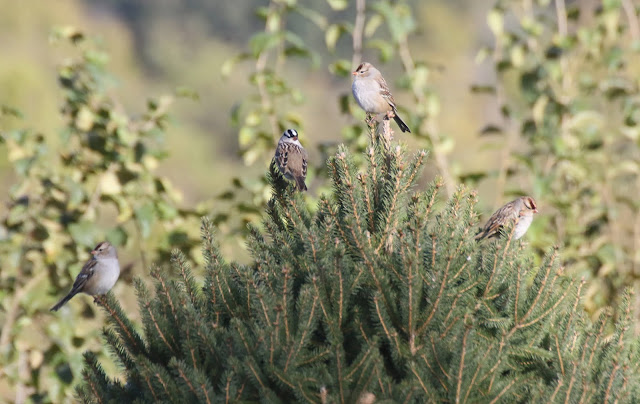 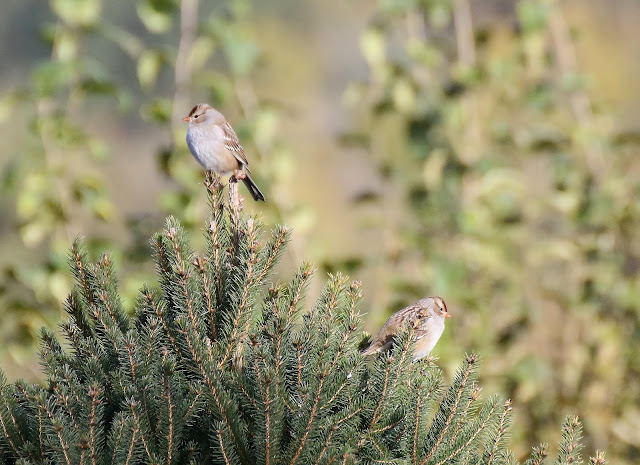 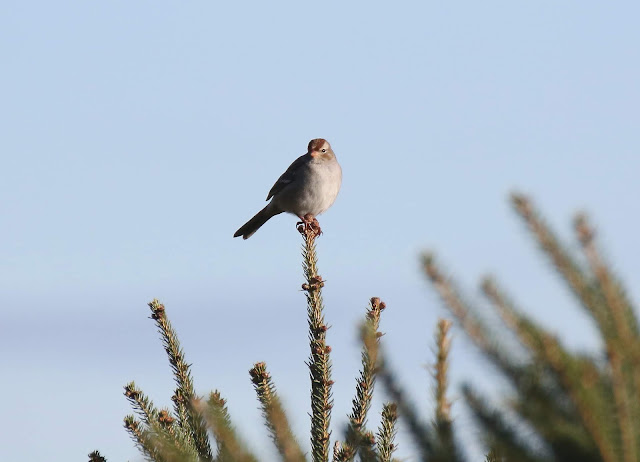 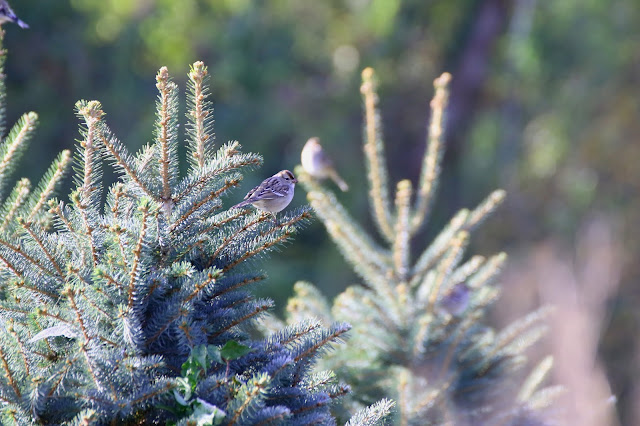