October 5th dawned cold and breezy with winds in the northern quarter. Many birds appeared to be moving over North Cross Road, Gill just after first light including a strong push of Yellow-rumped and Blackpoll Warblers, and the first Golden-crowned Kinglets of the fall certainly indicated some brand new arrivals. Further north, I found pockets of migrants at Caldwell Road fields in Northfield but it became clear that the excellent diversity of warblers present in the first three days of the month had moved on and most of the migrant flocks were now composed of White-throated, Song and Swamp Sparrows. The first White-crowned Sparrows and Dark-eyed Juncos of the fall appeared, and there were more Golden-crowned (and Ruby-crowned) Kinglets in the area plus quite a number of Purple Finches. A quick stop on Pine Meadow Road produced much of the same including another (first-winter) White-crowned Sparrow. A handful of southbound raptors included a juvenile Bald Eagle and an Osprey. And there were small flocks of Canada Geese and Blue Jays filtering south throughout the morning. 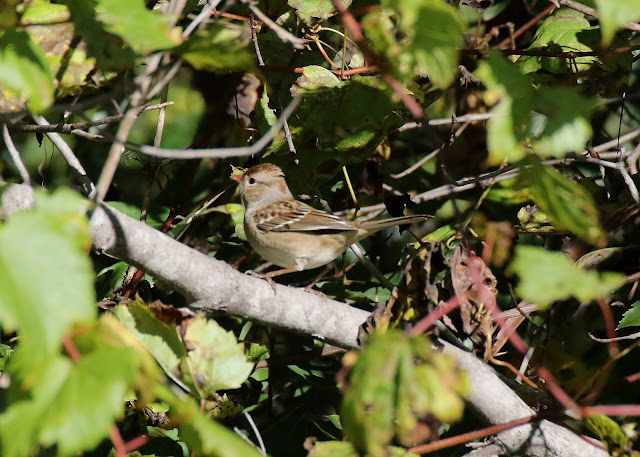 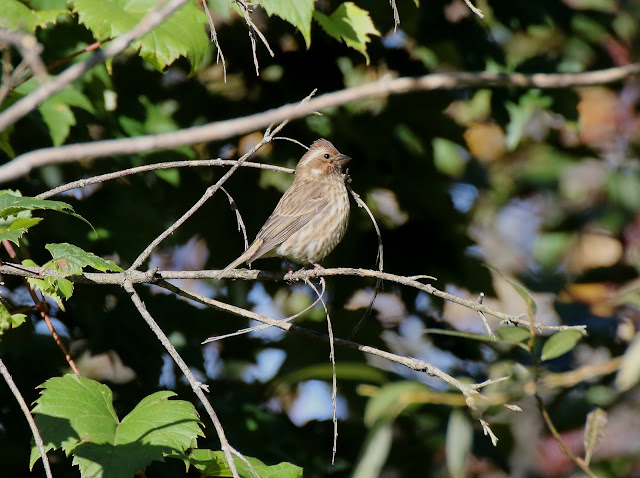 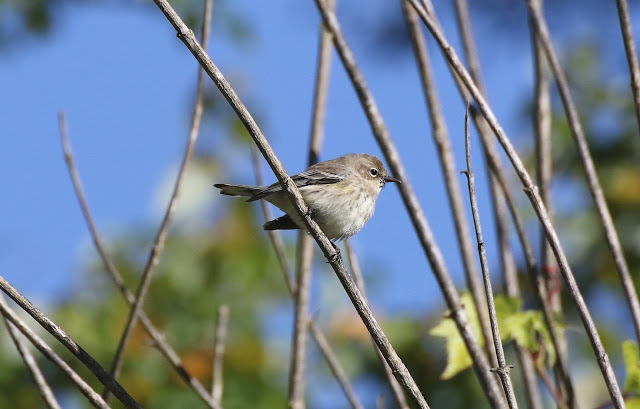 Undoubtedly the highlight of the morning was a Bobcat hunting for sparrows deep in the thickets and being mobbed by an entourage of around 35 Song Sparrows!! We had eye to eye contact for the briefest of moments and then he/she was gone.
Posted by James P. Smith at 10:10 PM