Thinking that I'd already had my luck for the week with yesterday's drake Canvasback, I very nearly skipped another morning check of Barton Cove but I was definitely curious to see if the Canvasback had moved on overnight. I found him settled and sleeping with an apparently growing raft of Ring-necked Ducks and Greater Scaup. My first binocular views were brief and as I scanned through the flock I was astonished to find a drake Redhead instead! Fortunately both birds lingered for images but the Redhead took off upriver and looked very flighty. I didn't see it return. A few minutes later the Canvasback decided to flex its wings taking off with Greater Scaup only to return to the same spot after doing a circuit of the cove. As if that wasn't enough, a fine drake Red-breasted Merganser was roosting in the channel closer to the Unity Park side of the cove - not too shabby for a morning in Gill! 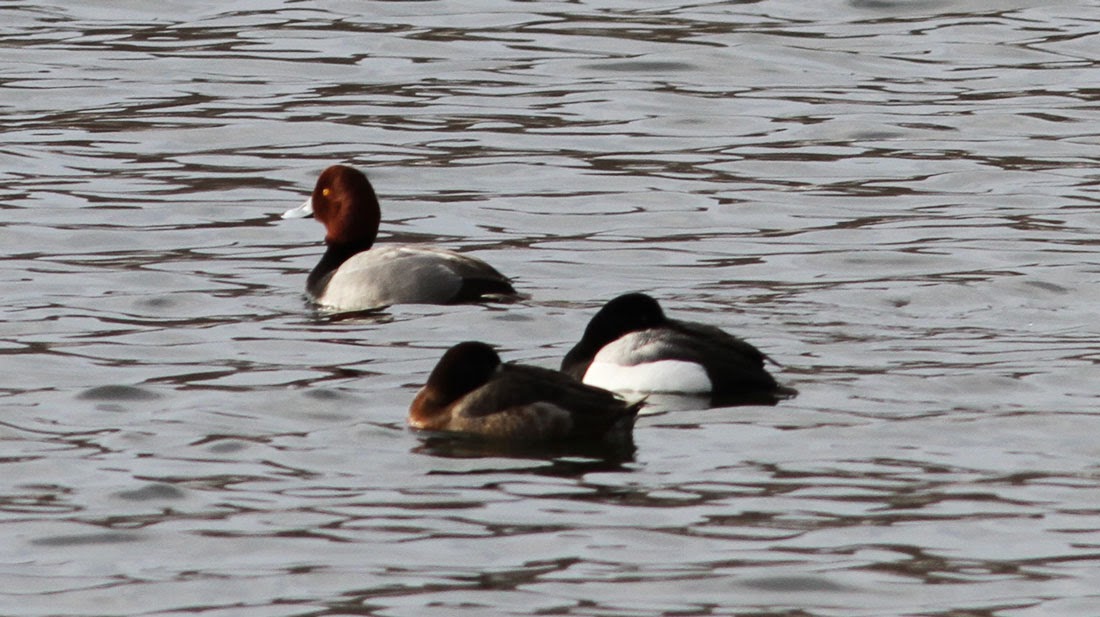 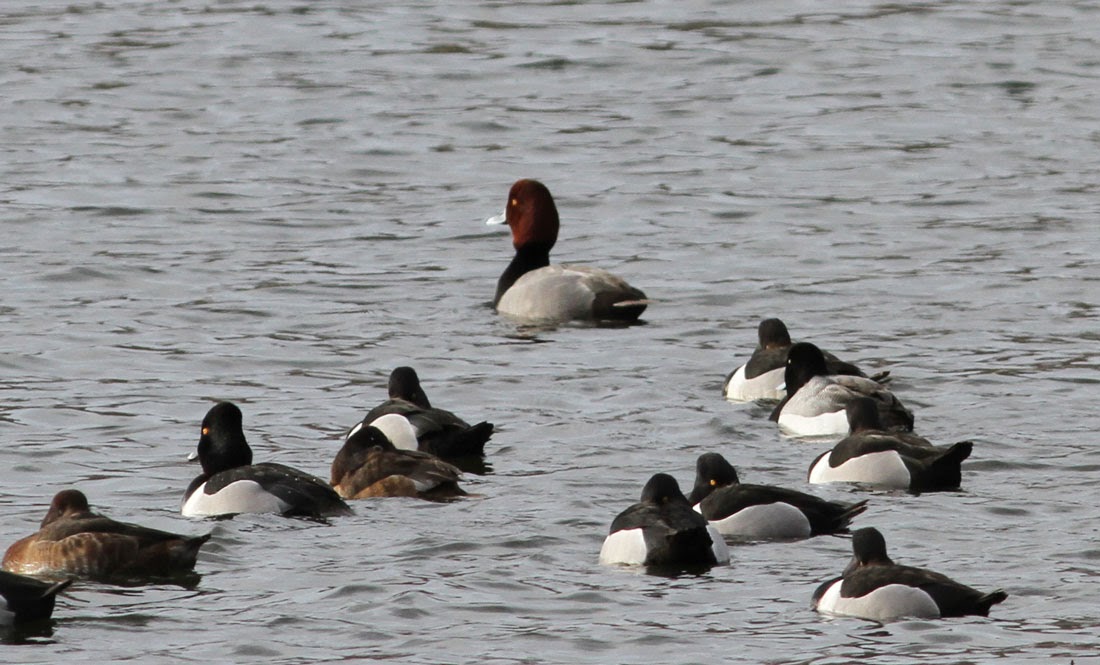 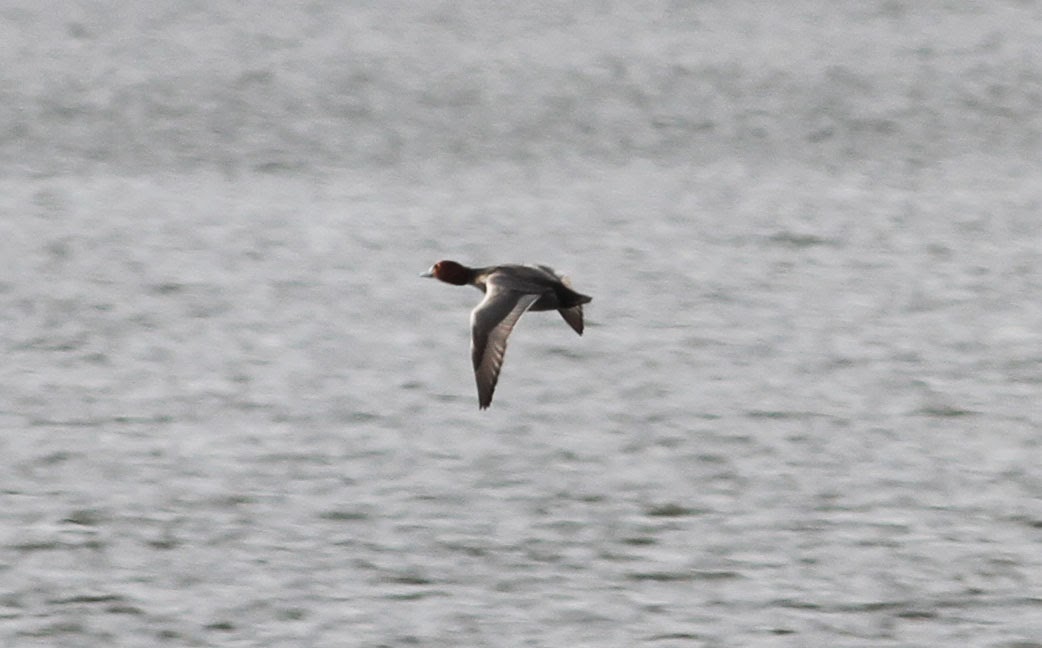 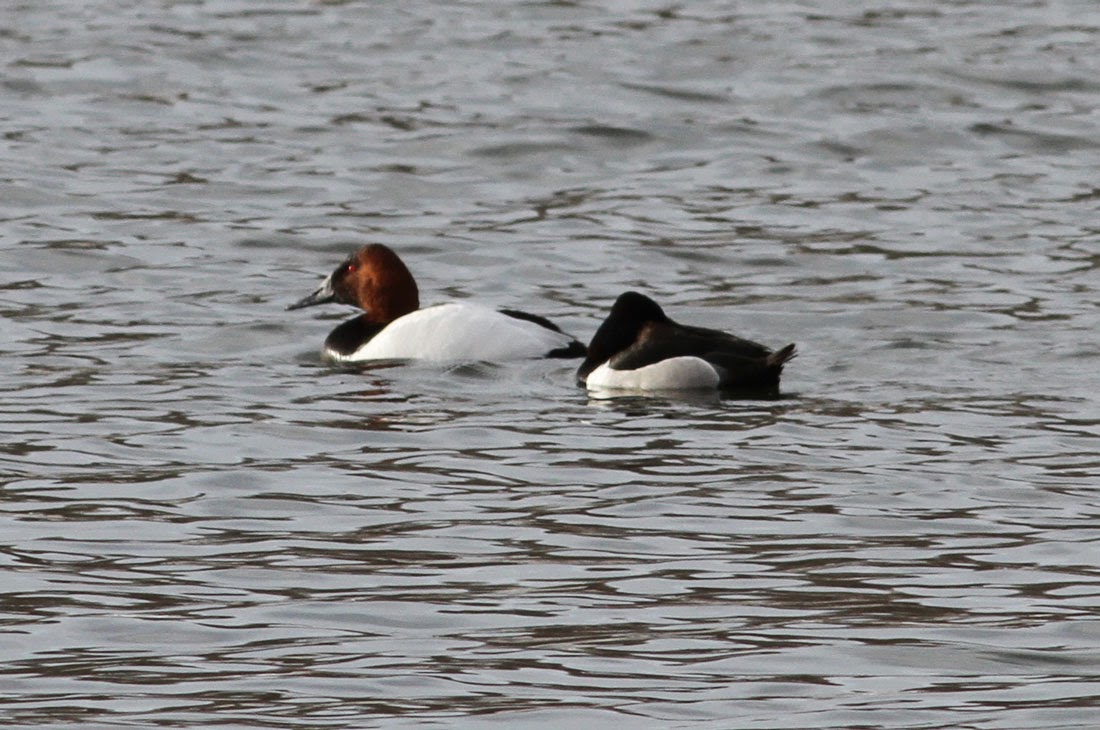 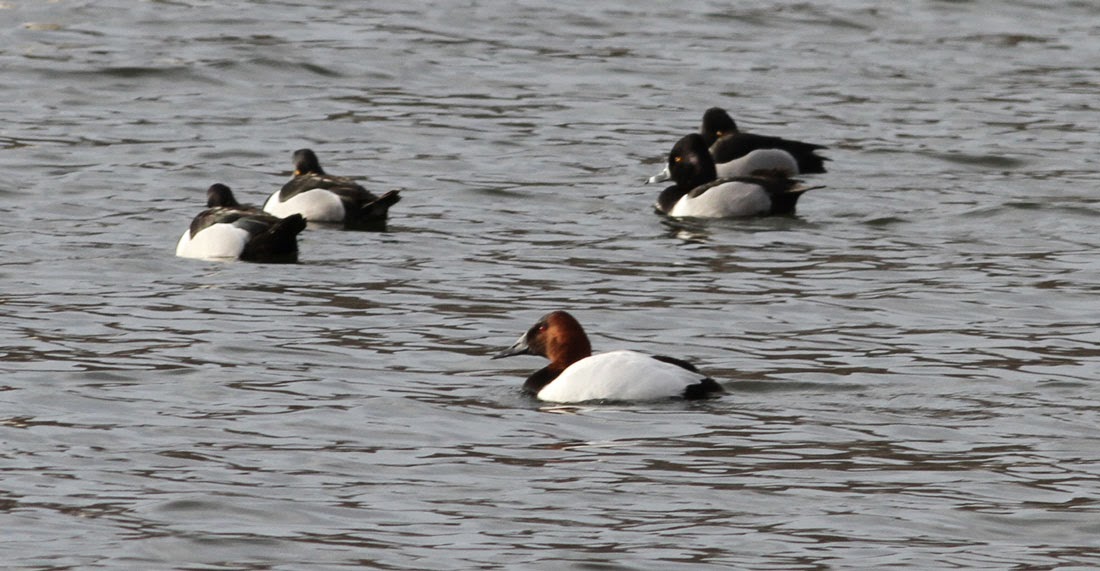 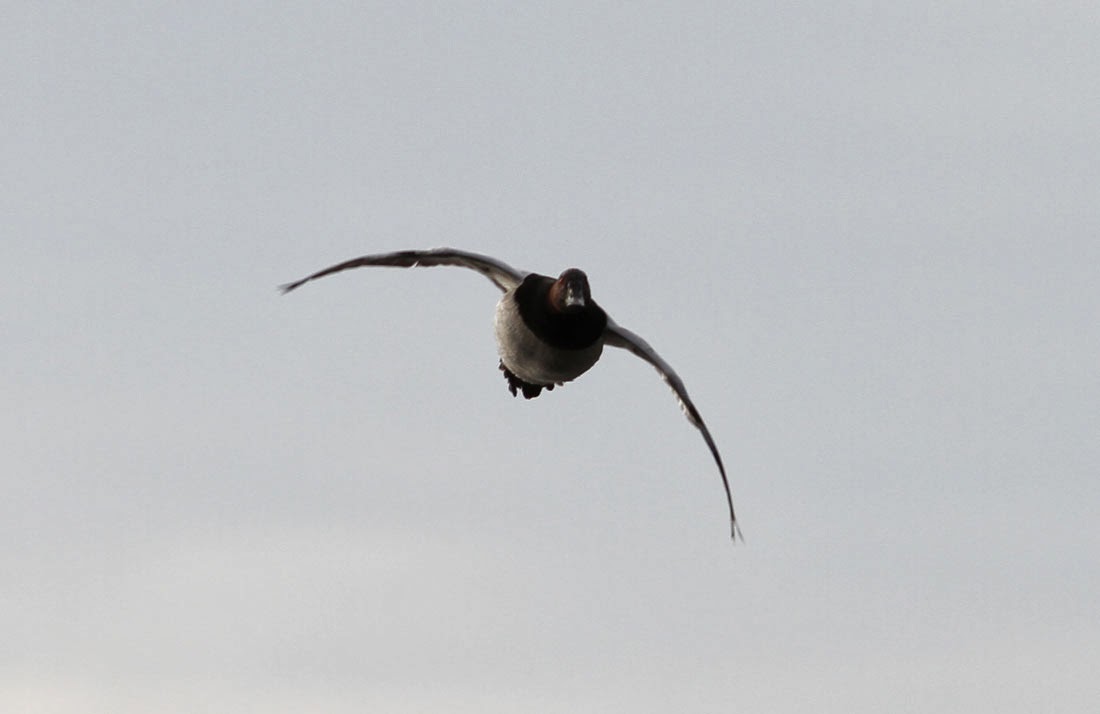 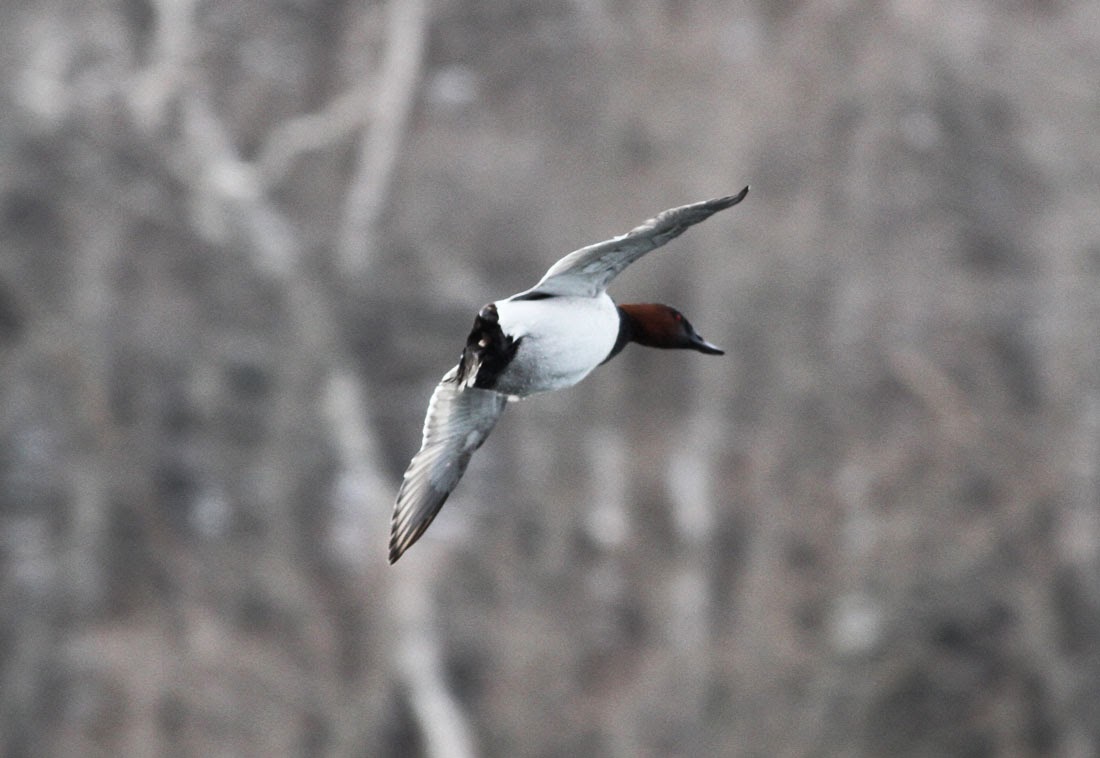