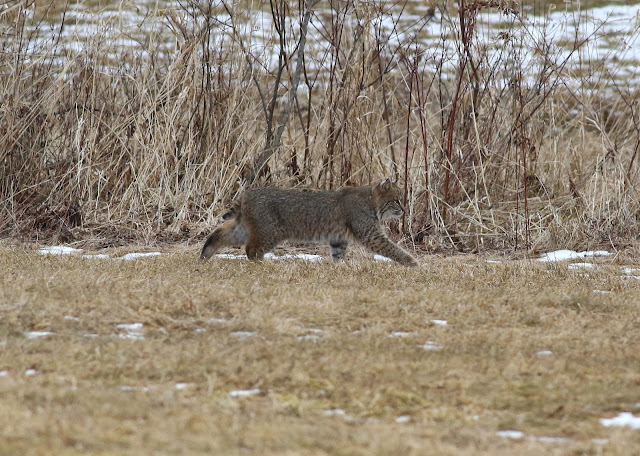 Dark, surreal, unprecedented times. The opening quarter of the year has been nothing short of a roller coaster; Christmas with the family in the UK, immediately followed by my first trip to Costa Rica (brilliant!), and then a trip to Panama. A quieter, slower February rolled straight into another new tour in March with my first trip to Belize. All of these tours came along courtesy of Naturalist Journeys meaning fantastic ground conditions, smooth logistics and great birding throughout. But, a lot of paperwork between trips resulting in, among other things, the neglect of this blog!

In fact, it was on the Naturalist Journeys Panama tour that I first learned through Hallie Ephron that a Global Pandemic was on the way. I was fortunate. Our Naturalist Journeys trip to Belize passed without a hitch and I arrived home on March 15th only to find out that American Airlines had made the decision to ground 75% of its International fleet on March 16th, and I'd just flown with American Airlines in and out of Belize City Airport!

After an incredible tour to Belize it was back down to earth with a bump on March 16th. Susannah brought her office to home from Umass-Amherst, and I looked/struggled/scrambled for ways to keep a 12 year old occupied for the weeks ahead with no school. At week three, the powers that be have told us that we can look forward to a peak of Covid-19 cases in Massachusetts sometime between April 7th - 17th but with an optimistic return to school date of May 4th.


In the mean time, we're restricted but not so restricted that we can't go outside to exercise, sketch, and do birding. Spring is here, no doubt about that, with species such as Tree Swallows (first one in Gill on 03/27) and Eastern Phoebes (broad, sweeping influx on 03/27) already widespread and even a Pine Warbler singing in Gill on April 1st. Hermit Thrushes and Winter Wrens could also be heard in the Gill woodlands from April 1st. Less usual but certainly noteworthy species in Gill included a displaying Red-shouldered Hawk over the Elementary School on April 1st where there was also a calling Fish Crow. In fact, Fish Crows have been unusually obvious in Gill with calling birds noted over North Cross Road on several dates in late March, perhaps looking for a breeding niche? Either way, Fish Crow presence in 'interior' Gill is certainly a new development for 2020 and, in terms of the town of Gill,  I've never seen them away from Barton Cove and Gill Riverside. 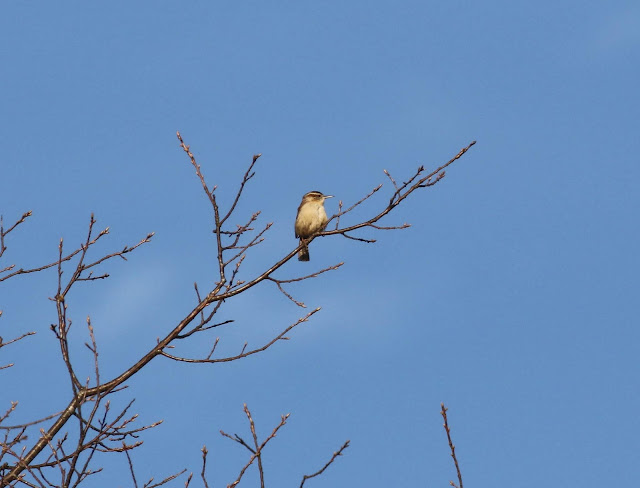 A few northbound sparrows have been passing through too with a fairly widespread movement of White-throated Sparrows that included 18 in our yard in Northfield on Mar 19th, an American Tree Sparrow in Turner's Falls on Mar 30th and a Fox Sparrow in full song on North Cross Road, Gill on the 31st. Josh Layfield also noted 3 Fox Sparrows in Northfield Meadows on Apr 3rd.


As for Barton Cove, well the little that I've seen so far this spring might indicate that the migration has been incredibly quiet. Ring-necked Ducks peaked at 113 birds on March 31st but the flock seemed to roam or disperse quickly after that? A few Lesser Scaup were present with them and a handful of Greater Scaup included a flock of eight birds at the Turner's Fall Rod and Gun club on Mar 29th (David Sibley). Single Pied-billed Grebes turned up at Barton Cove, the Rod and Gun club and the Turner's Falls power canal in late March but it wasn't until April 2nd that I had my first Common Loon of the spring - a bird in full breeding plumage at the Rod and Gun club. A lone Snow Goose dropped in for half a day on Mar 30th, with my first Double-crested Cormorant of the spring and at least 15 Tree Swallows present at the same time. 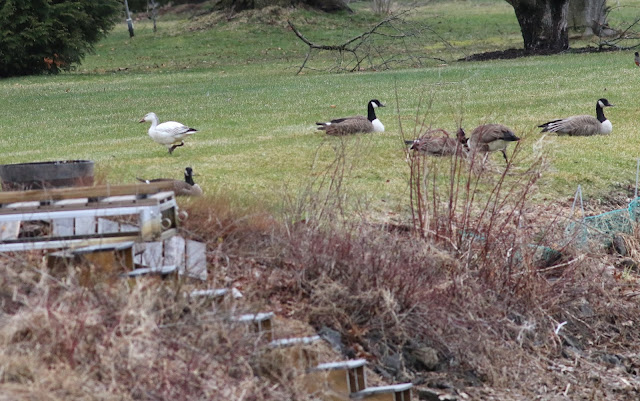 Having said all of that, the highlight of my spring so far, at least locally, has been near-regular sightings of Bobcats close to home - "near-regular" meaning roughly once per month or so. Luckily, Matan has been with me for at least two of these sightings and I tried my best to get some photos. 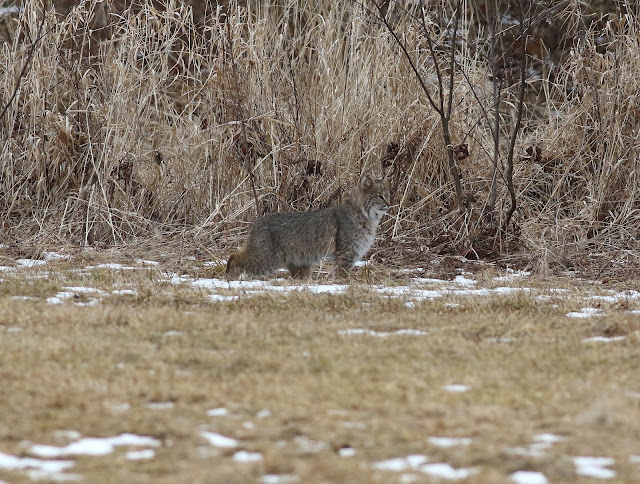 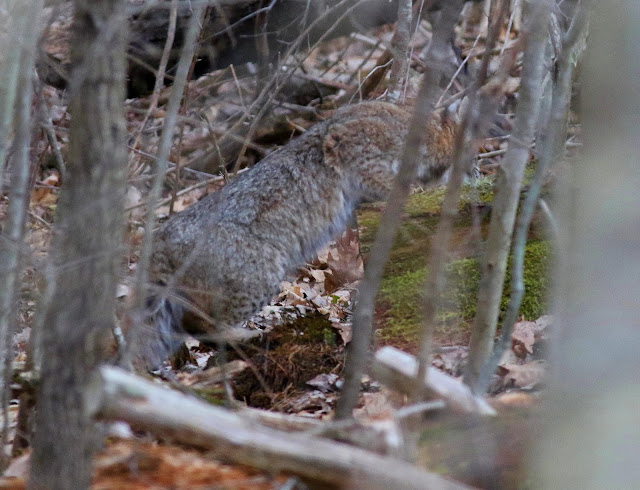 Well, I'm really hopeful that another four months doesn't elapse before my next blog entry! In the mean time, I wish everyone a safe, healthy and stress-free spring.