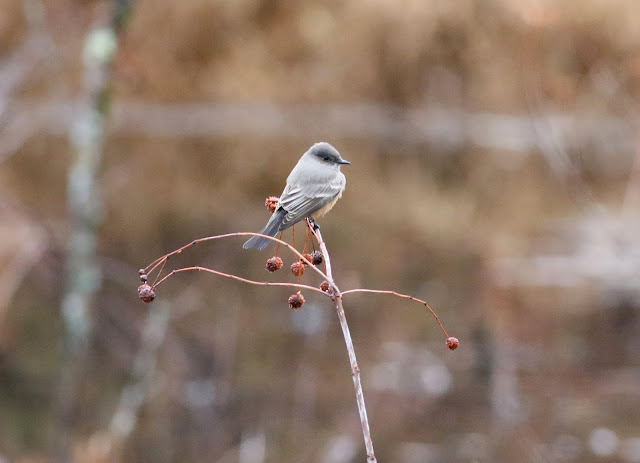 It's not especially typical to speak of rare flycatchers lingering in the Connecticut River Valley into late November but this year has been different, very different in fact. Not only did the long staying Pacific-slope Flycatcher remain off Huntington Road in Hadley, Massachusetts through to the month's end but further north, on November 24th, Coleen Lawlor unexpectedly came across a Say's Phoebe at Allen Brothers Marsh in Westminster, Vermont. Simultaneously, we had two ultra-rare flycatchers in the valley within an hour of each other and a few lucky birders even managed to connect with both on the same day - no easy task since both birds could disappear for hours at a time. 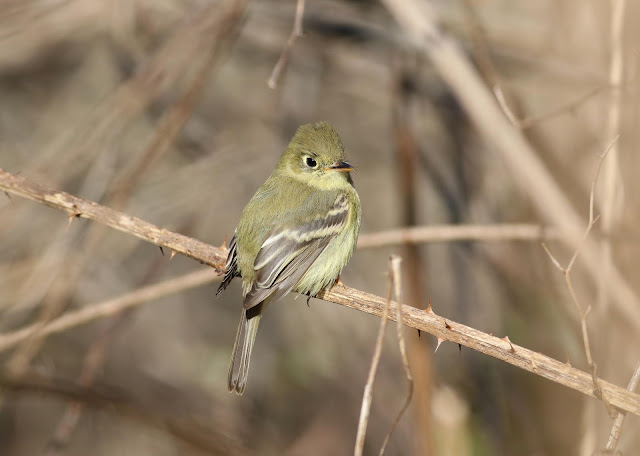 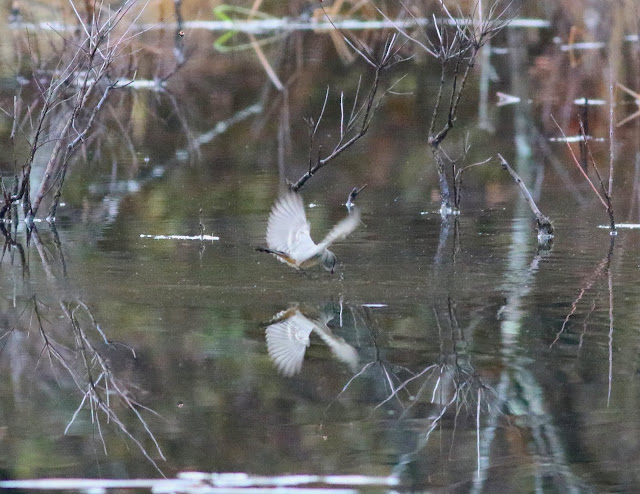 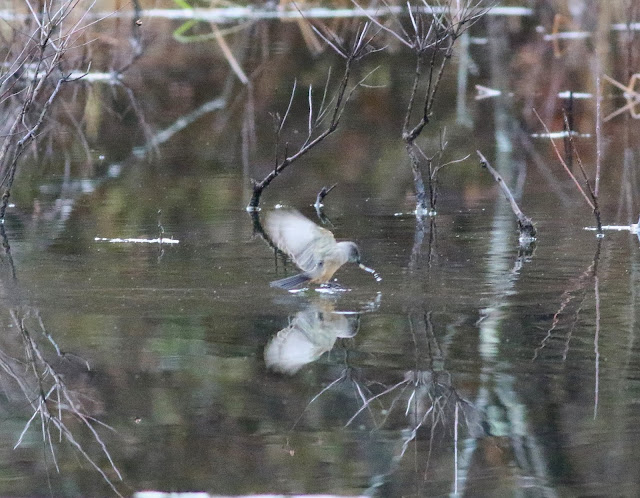 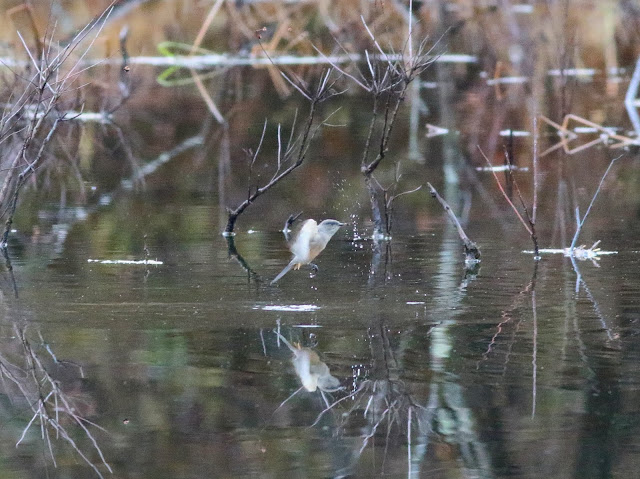 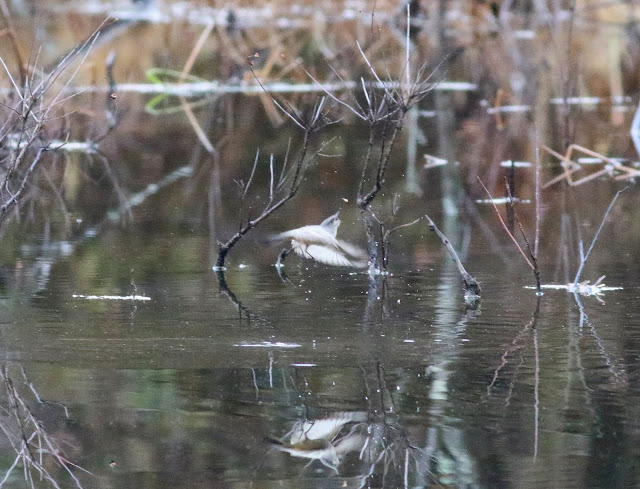 Otherwise, the last two weeks of November saw the inevitable tapering of migration with the focus shifting from passerines to waterbirds around mid-month. A Greater White-fronted Goose lingered for several days at the Turner's Falls power canal (multiple observers) during the 15th - 20th and was apparently feeding in the fields around Gill/Northfield . There was also a long staying first-winter Iceland Gull at the Turner's Falls power canal initially found by Josh Layfield on the 17th but lingering long enough to be seen by multiple observers through the month's end. Barton Cove saw the the annual late November build-up of Hooded Mergansers with up to 70 birds present but otherwise the cove harbored very few birds of interest aside from two female-type Lesser Scaups present for almost a month, and two first-winter male Greater Scaups at the Turner's Falls Rod and Gun club on the 19th.

Roaming and noteworthy passerines included a White-crowned Sparrow in Deerfield Meadows on Nov 23rd, two Snow Buntings in Montague on Nov 19th and Red Crossbills over Pine Meadow Road, Northfield on the 17th and over the Turner's Falls Rod and Gun club on the 18th.
Posted by James P. Smith at 8:06 PM