I must confess that I'm not a big fan of feeder watching - I'd much rather be out in the field somewhere rather than looking at birds through the kitchen window but periodically I'm just blown away the sudden appearance of certain species at our feeders, especially when there's no indication that anything cool is about to happen. Early this afternoon, our near-empty feeders attracted four Purple Finches which I found especially remarkable because it seems to have been a relatively poor late winter/early spring for them in Gill/Northfield. I can only recall hearing one other Purple Finch this spring and that was on North Cross Road, Gill in late March. 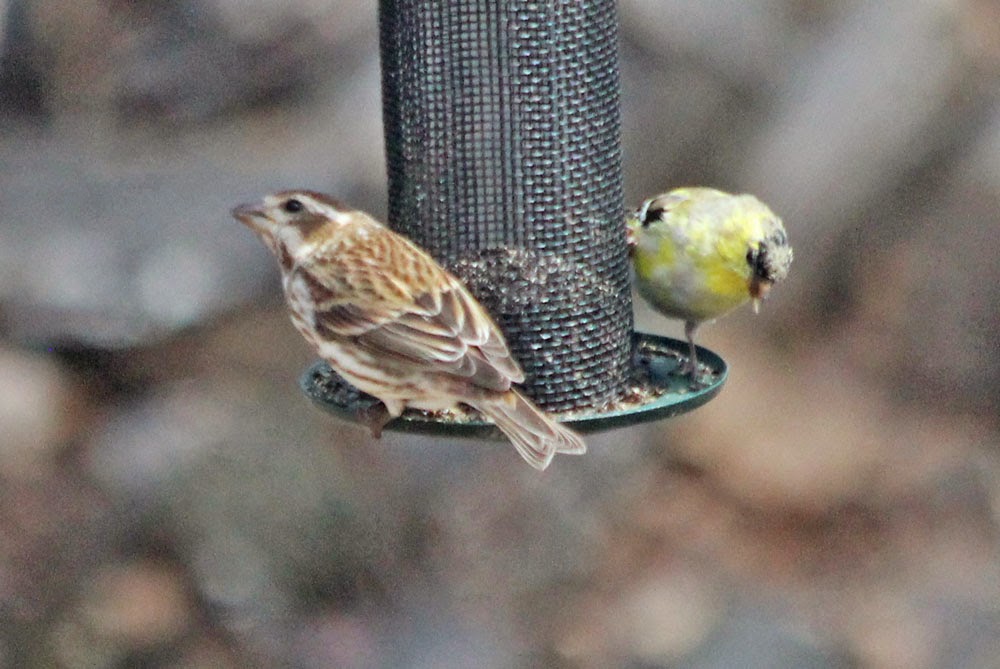 This female-type was the first to arrive with the males below arriving as a group of three about an hour later.
These birds didn't stay long either but I did manage to get these pics through a rather grimy kitchen window! 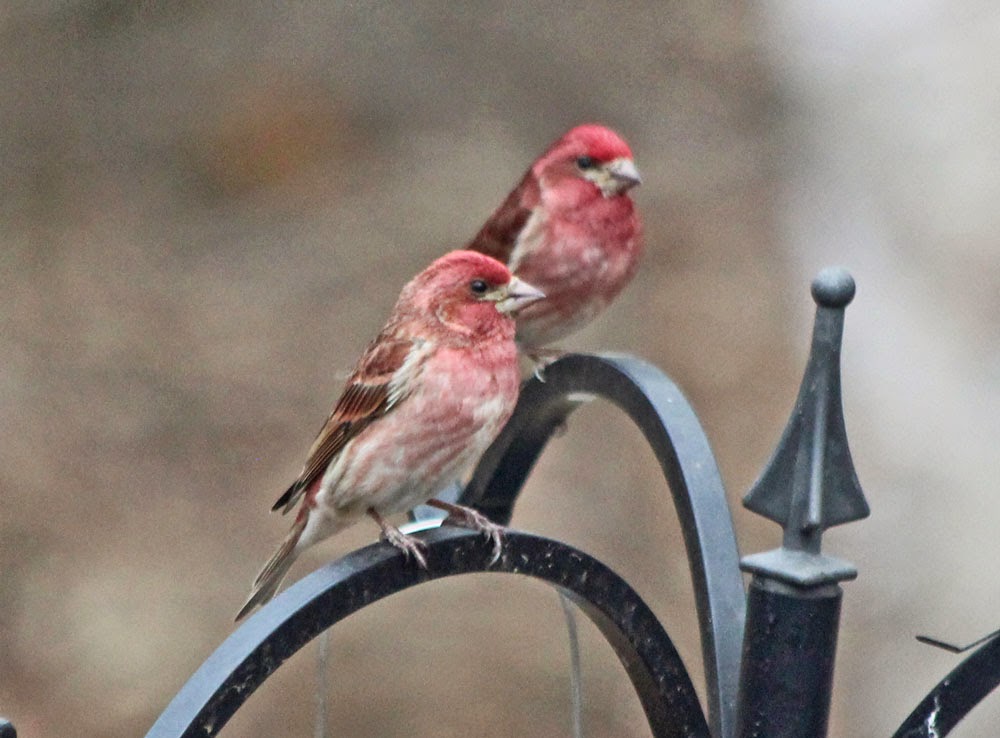 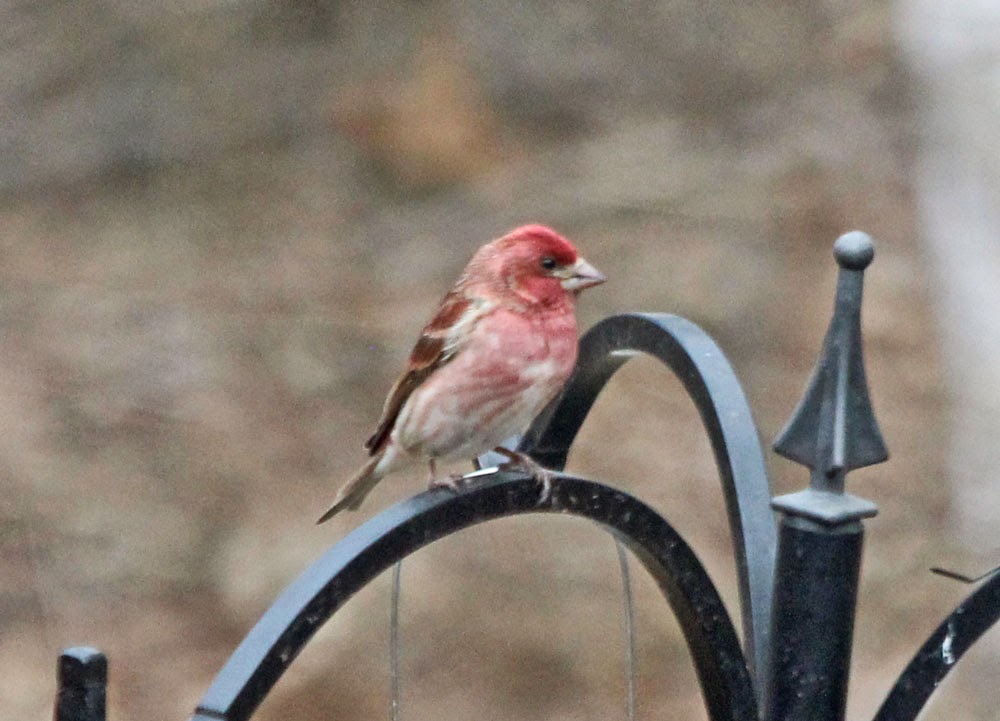