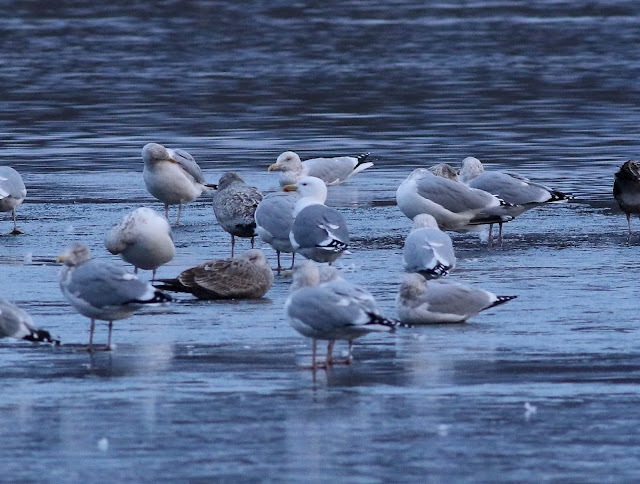 Yesterday evening, a routine check of the Turner's Falls power canal found a small group of Herring and Ring-billed Gulls resting on the recently formed ice. All the adult gulls present looked uniformly light/mid gray with no Great Black-backed Gulls present at that point. As a result it wasn't too difficult to pick out the lone, darker mantled bird roosting right in the middle of the group. Eric Huston was already at the scene and had seen the same gull independently and we then combined forces to work through the features shown by the darker mantled gull. For the most part it wasn't too cooperative and had its head tucked into its mantle feathers but when it eventually became alert the overall appearance was striking. The head was gleaming white and completely unstreaked, exceptional for any large gull locally in mid-January aside from Great Black-backed Gull which it clearly wasn't. While the upperparts might have been described as being close to that of graellsii Lesser Black-backed Gull in tone, the head and bill structure along with the clean, white-headed appearance showed an uncanny resemblance to a small Great Black-backed Gull. In addition, the legs were an insipid, light pinkish-flesh color. After watching it for a while directly alongside Herring and Ring-billed Gulls we became pretty well convinced that the unidentified bird was almost certainly a hybrid Great Black-backed x Herring Gull. Soon afterwards, the first Great Black-backed Gulls of the evening arrived providing further comparisons and yet more compelling evidence that the subject bird was indeed a hybrid.

As the proverbial penny continued to drop, I had a strong collection of David Sibley seeing and photographing a very similar bird at the Turner's Falls power canal some time last winter. As luck would have it, the hybrid gull was present again this evening being seen at both Barton Cove and the Turner's Falls power canal, and David Sibley managed to catch up with it at the latter site. We both agreed that it was almost certainly the same returning hybrid and back for another winter spell in the Tuner's Falls area. Let's hope it sticks around for a little while longer as last year David recorded the hybrid on just two dates in 2020 - February 20th and 23rd. It's certainly an attractive, distinctive gull to watch especially in a winter that's produced so few other large gulls of interest to date. 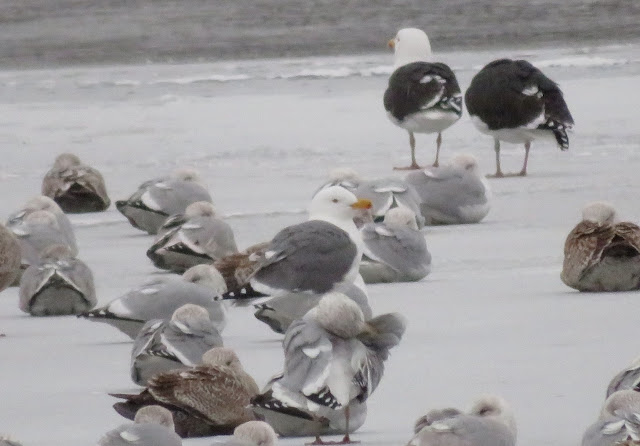 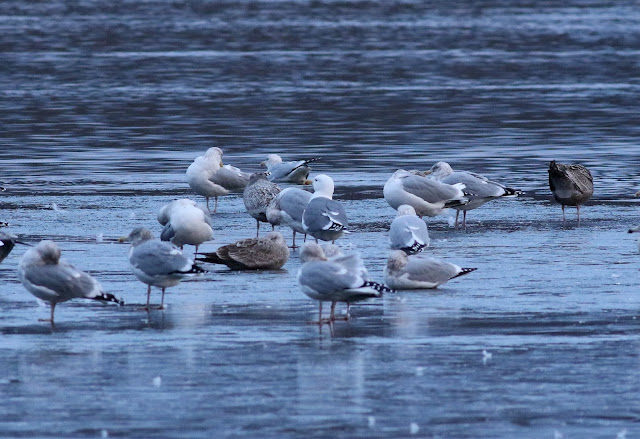 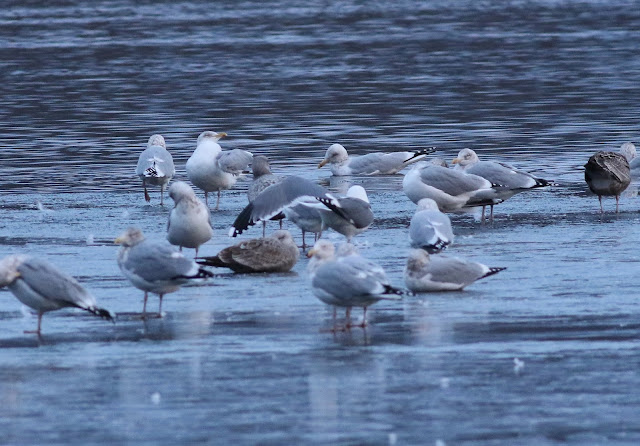 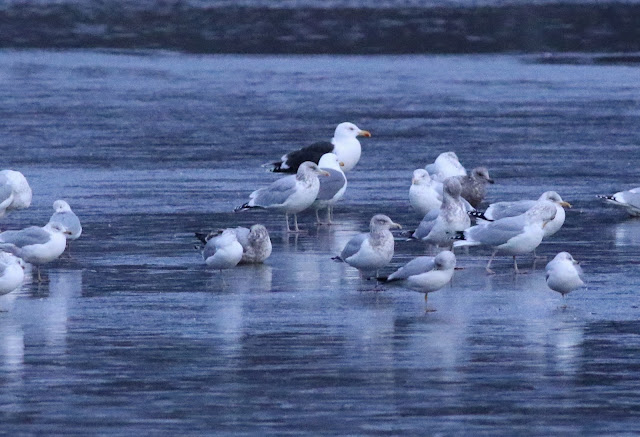 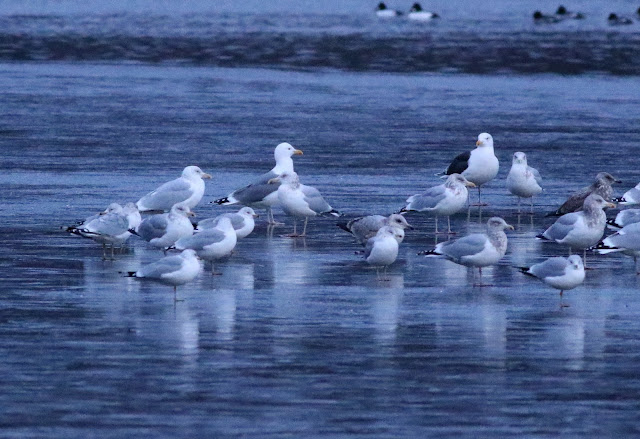 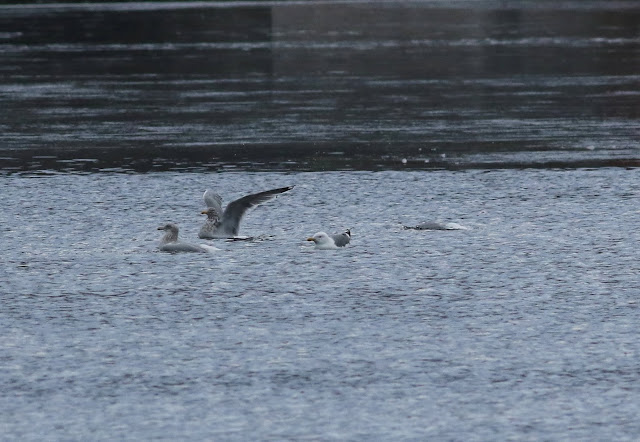 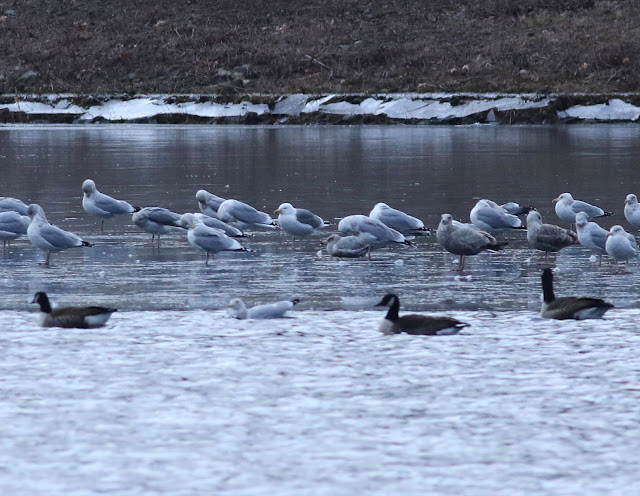