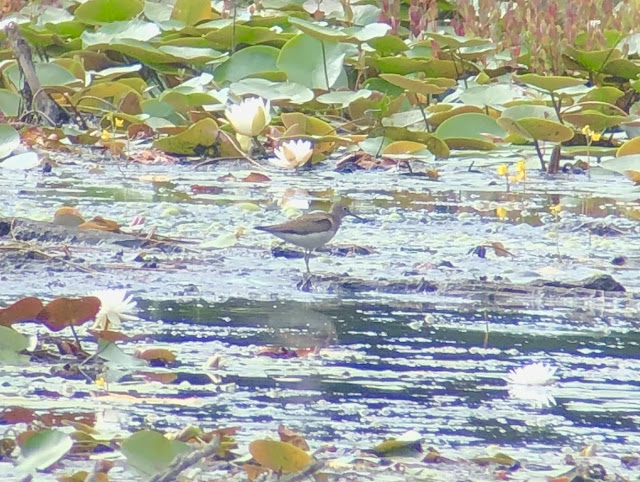 Solitary Sandpiper - Hell's Kitchen, Northfield, MA. July 14th, 2020.
Rather distant and one of two birds present. This is a phone-scoped image.

Traditionally, mid-July almost always brings the first obvious signs that fall migration is underway. This year has been no exception and migrant shorebirds (from much further north) made an appearance this week with two Solitary Sandpipers at Hell's Kitchen, Northfield on the 14th and a Least Sandpiper over Hilltop Farm, Deerfield on the 15th (sound recorded by David Sibley). And July 17th brought three Solitary Sandpipers and my first Least Sandpiper of the season to Hell's Kitchen as well as up to a dozen Killdeers. 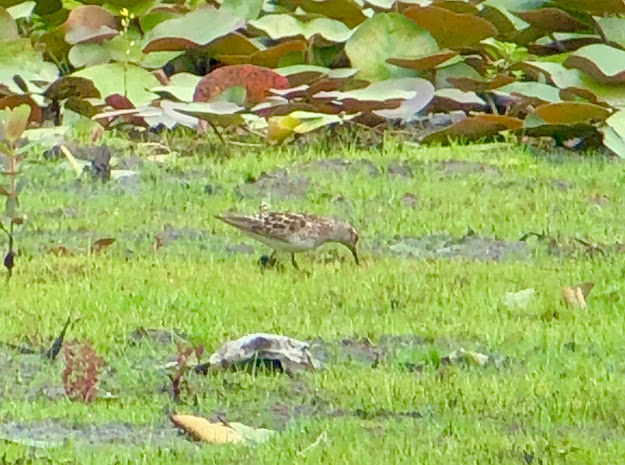 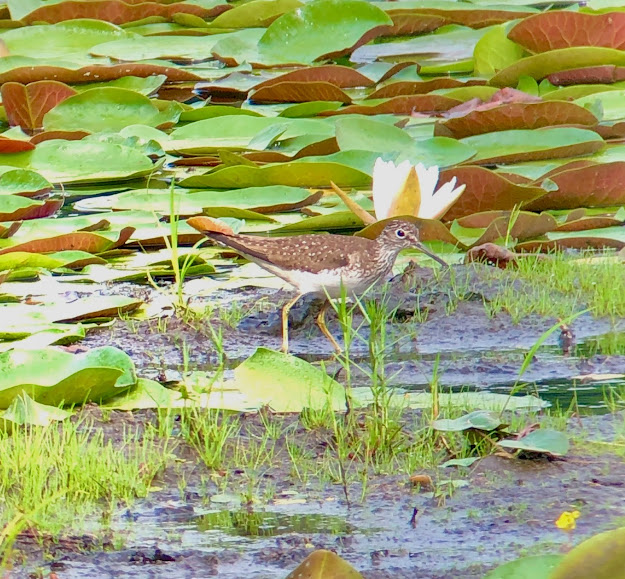 Solitary Sandpiper - Hell's Kitchen, Northfield, MA. July 17th, 2020.
One of three birds present. Phone-scoped image.
Migrating passerines are usually more difficult to detect at this time but an Eastern Kingbird moving high and direct to the south over Barton Cove on 15th looked like a strong candidate for a genuine migrant. Many species have also been forming post-breeding flocks. In particular, I came across a nice gathering of 120 Tree, 35 Barn and 2 Cliff Swallows at Beaver Meadow in Leyden where there was an impressive selection of other species including three Bobolinks. 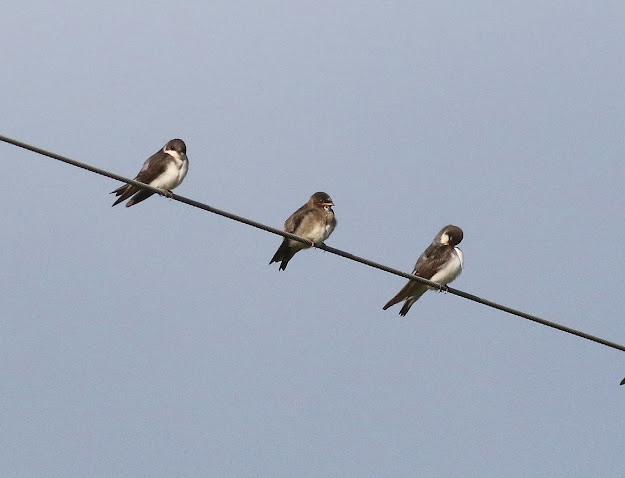