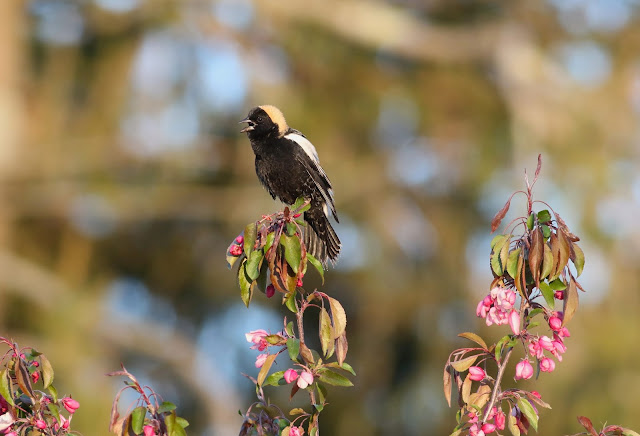 The day dawned cold, clear and frosty once more. Initial indications appeared to point to very few new birds so I settled for catching up with some local breeding birds including Bobolinks and Orchard Orioles in Gill, and Killdeers at Turner's Falls where I just happened to come across a nest with four eggs! 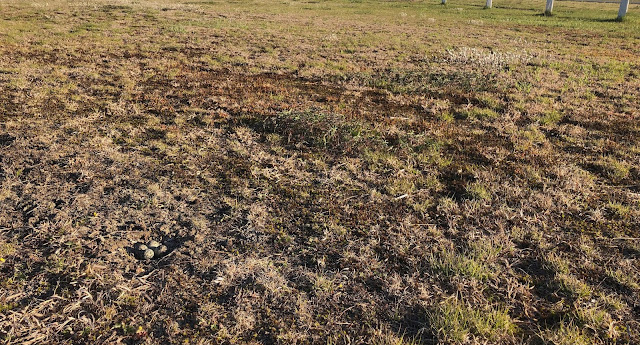 As the day warmed up migrant warblers including Blue-winged, Nashville and Northern Parula became more obvious but as I set off for a morning bike ride I wasn't quite prepared for the numbers of parulas that would actually be out there. A 22 mile loop from Montague Plains through Sunderland and Turner's Falls produced no less that 40 Northern Parulas, easily the biggest wave of the species that I've experienced in Franklin County. Other notable arrivals on the same ride included Northern Waterthrush (8) which seem to have been scarce so far this spring and Yellow-throated Vireo (4), notably late in arrival compared to previous springs.


The evening hours were decidedly balmy in Gill (72 deg F) with a fantastic chorus of Barred Owls and Wood Thrushes and my first 'singing' Veery of the spring. Our yard in Northfield also turned out to be something of a sweet spot for thrushes with Susannah spotting a migrant Swainson's Thrush, several foraging Veeries plus a Hermit Thrush in song early in the morning.
Posted by James P. Smith at 11:23 AM