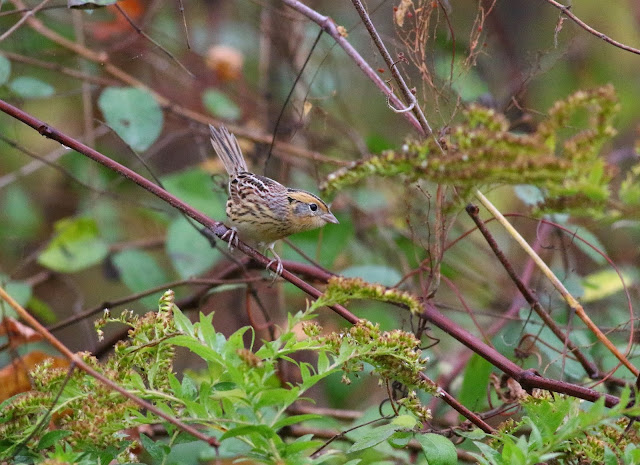 The meadows surrounding Historic Deerfield just keep on giving! After multiple Dickcissels and a Blue Grosbeak last week, things could hardly improve this week - but they did! On October 13th, Charles Caron came across a Le Conte's Sparrow south of Historic Deerfield on Mill Village Road. His ebird report proved to be remarkably accurate, and thanks to his excellent description of the location, Josh Layfield relocated the bird a little before 8 am this morning. 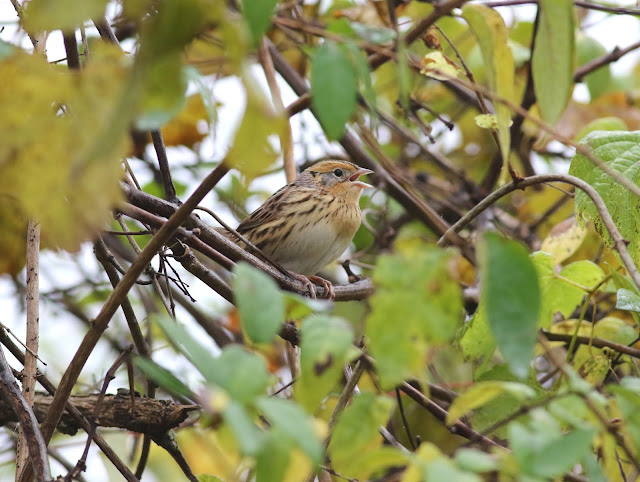 This was a bird of extreme interest to me as I'd never seen a migrant in autumn, least of all twenty minutes from my house in Franklin County! Fortunately, I carved out a twenty minute window in the morning and by 09:10 am I was enjoying the bird with two other local birders (Elissa and Laura) who'd already located it in the sumac thickets right along Mill Village Road. As an observation, it blew me away. It was the most cooperative sparrow there, and the most vocal, constantly calling a hard, smacking 'tsip'. After some excellent viewing, I left the bird in peace and went on to enjoy a classic day of New England autumn foliage with Matan, centered around Charlemont along the Mohawk Trail. 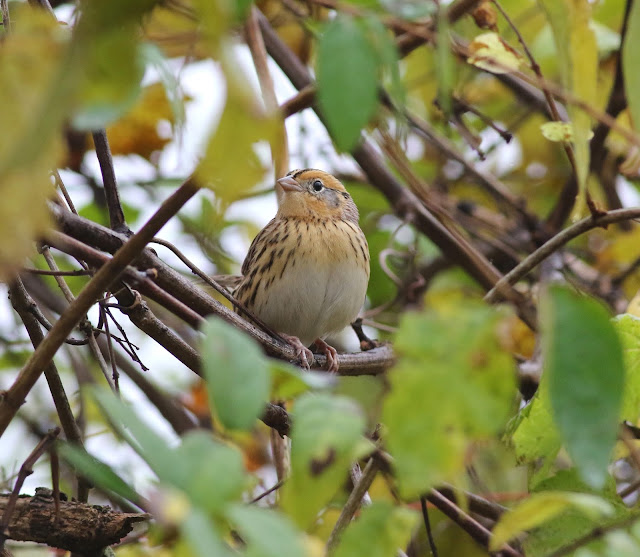 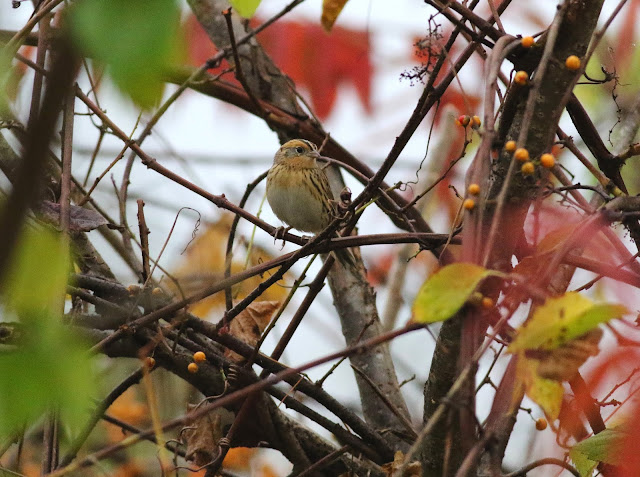 Le Conte's Sparrow does have a reputation for being a scarce, skulking grassland species making today's observation all the more remarkable as it sat in the open for prolonged periods in a roadside thicket. As far as I can make out this is the first formerly documented record for Franklin County, though it has been reported from Deerfield's meadows before. That was a 'cool' twenty years ago, seen by Bob Packard on October 19th, 2019. That particular report apparently came without details and was never ratified by the Massachusetts Avian Records Committee. Le Conte's Sparrow is still a state review species (https://maavianrecords.com/review-list/) and I don't see any issues with the acceptance of this individual which was so well documented by Charles Caron on October 13th, and subsequently photographed by small numbers of chasers on the 14th.


Kudos (and thanks!) to Charles Caron for his exceptional find. Thanks to David Sibley for the initial heads-up, and to Josh Layfield for relocating the bird in a timely manner this morning - a really fantastic bird to see in all respects. 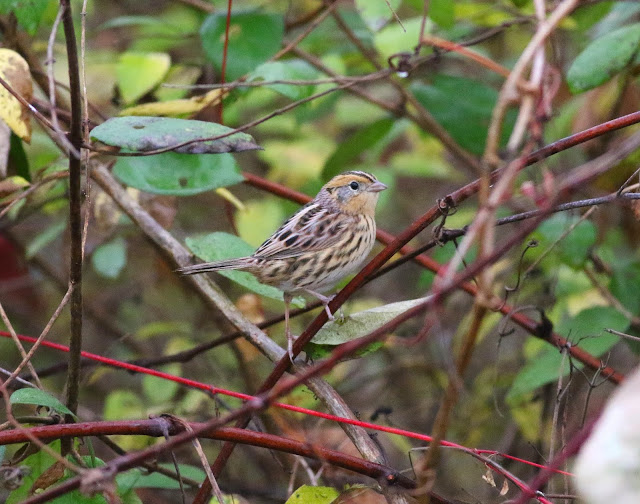 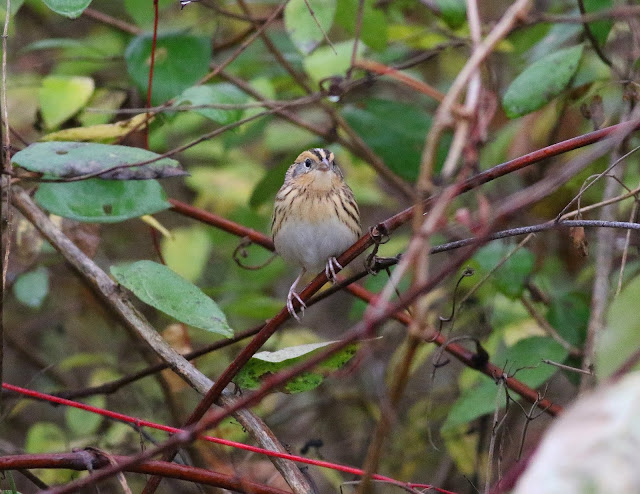