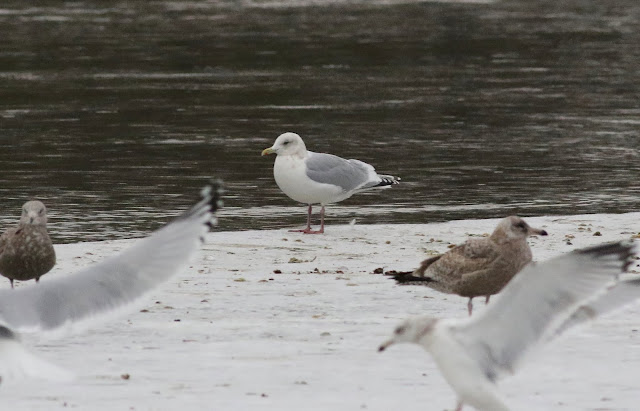 For the third time inside a week at I've come across an adult Iceland Gull that looked like a pretty good candidate for thayeri. The gull watching at Turner's Falls has been pretty sensational over the last two weeks with good numbers of Iceland Gulls (L. g. kumlieni) showing up in the roost on most evenings. Typically, five to seven Iceland Gulls have been present with all of the age classes represented but yesterday evening (Jan 28th) Scott Surner and I tallied no less than 10 Iceland Gulls, three of which were adults including one dark-winged bird that I might have also seen the previous week.

Since I don't have any definate records of thayeri for Turner's Falls I often look out for potential candidates in a location where dark-winged kumlieni are uncommon but certainly expected in most winters. Even so, this bird jumped out and appeared (to me) to tick a number of boxes for thayeri.

I understand that the photos are of marginal quality but I'd certainly be interested to receive any feedback from those more experienced than I with adult Thayer's.


All of the images were taken this evening (Jan 29th) in dull, overcast conditions with light, drizzly showers. 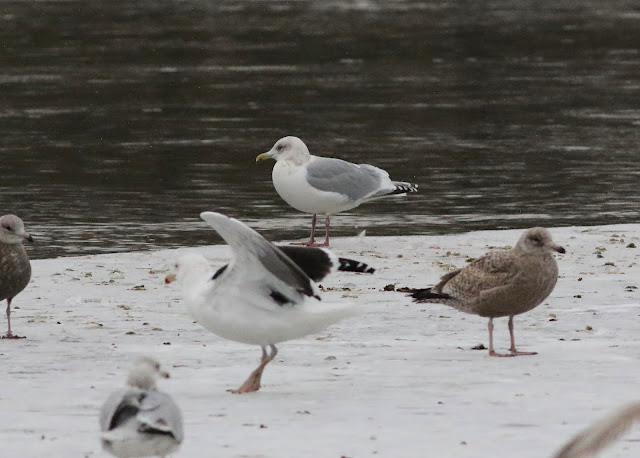 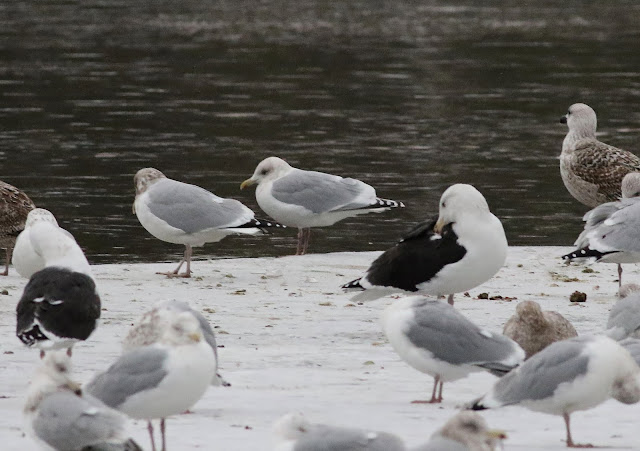 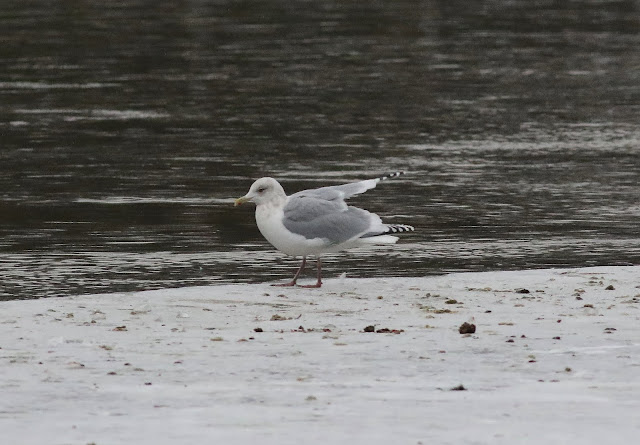 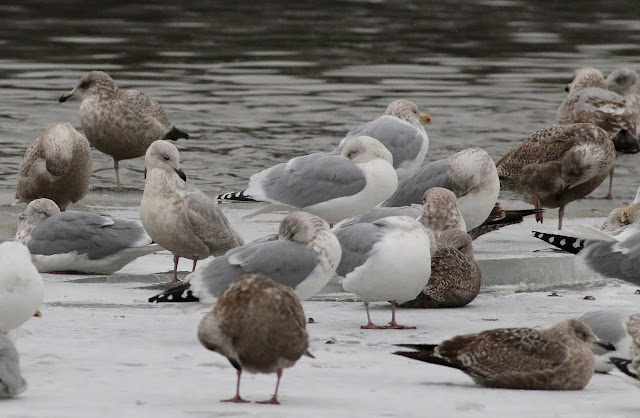 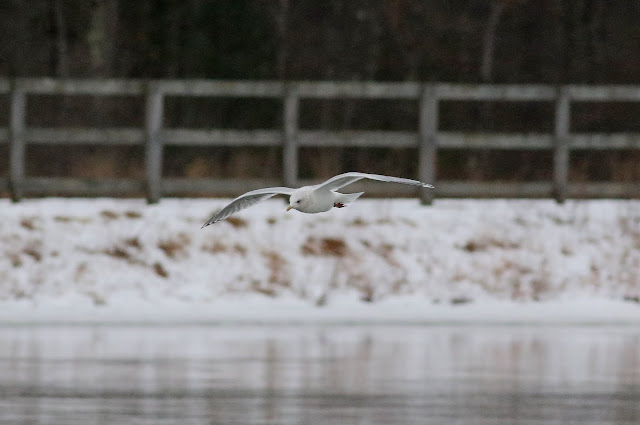 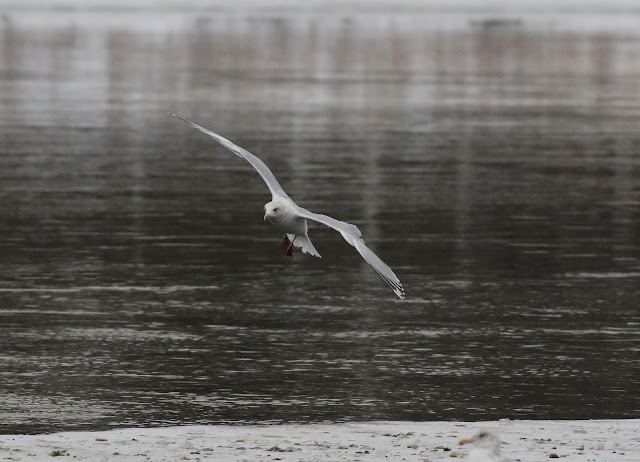 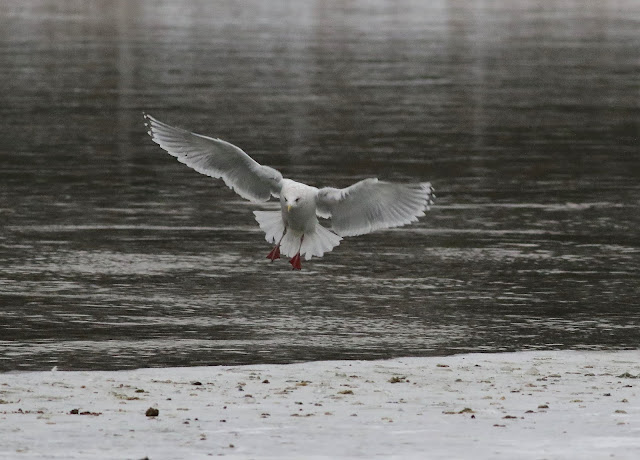 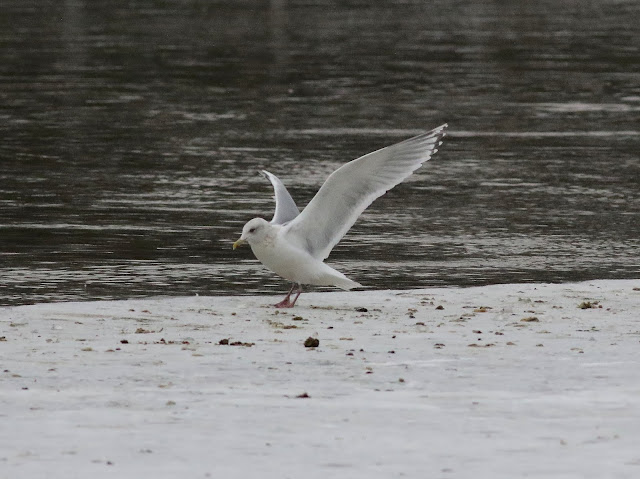 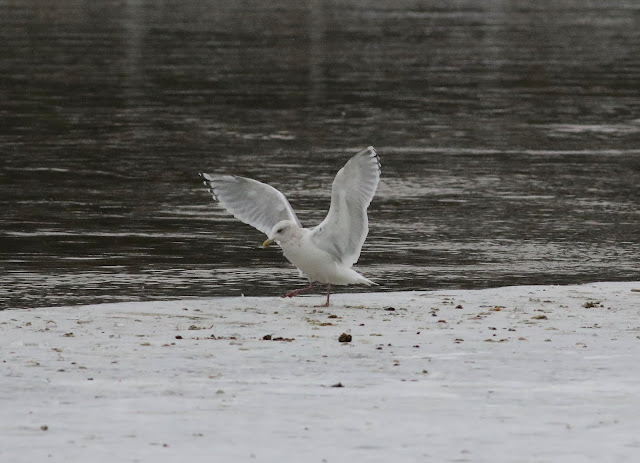 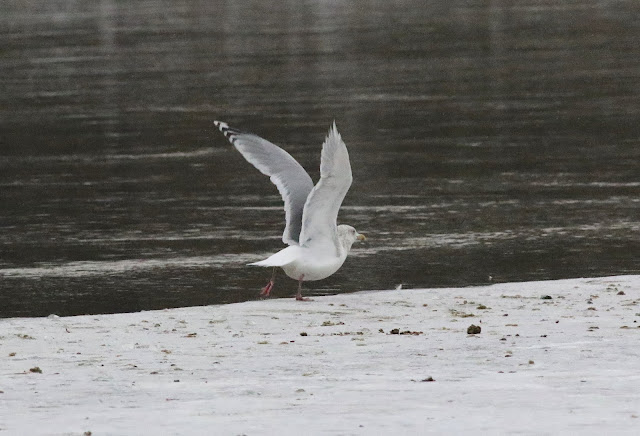 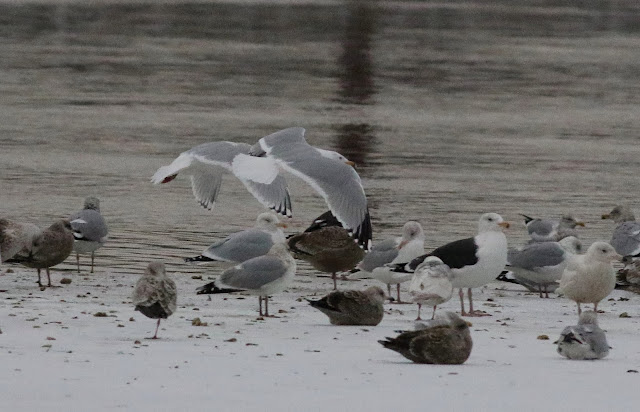 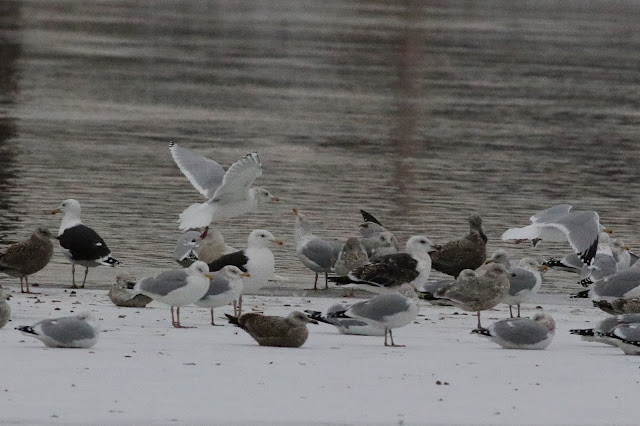 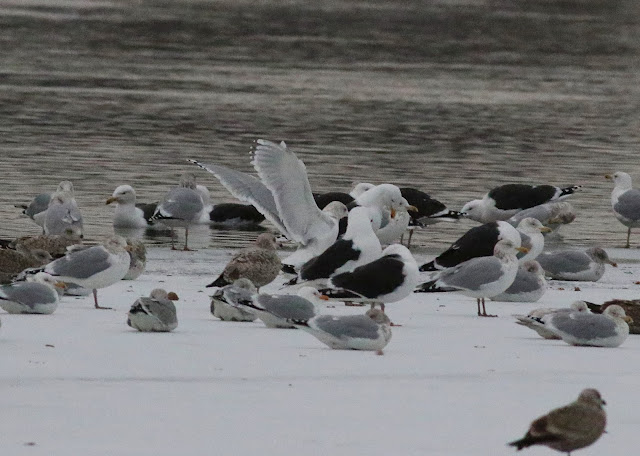 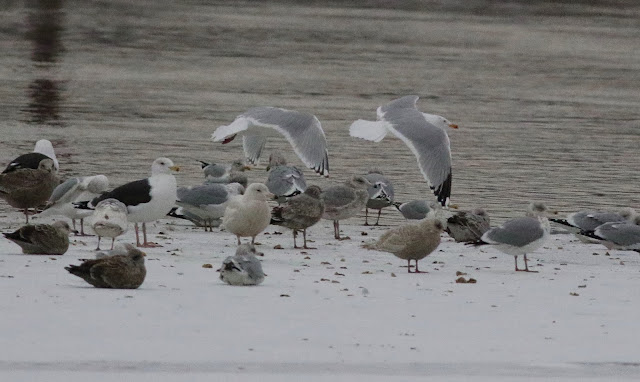