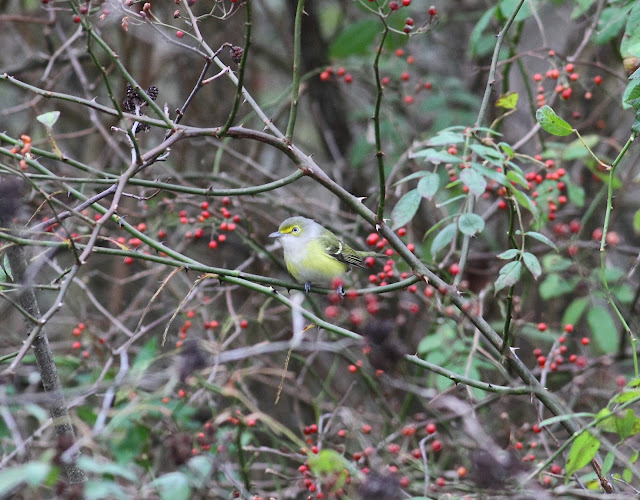 
The month started with a nice sharp frost, very welcome after an incredibly warm October. The day continued to be cool, windless and cloudy creating a pretty interesting atmosphere much more in keeping with the conditions we expect in late fall. In between errands I checked a number of spots around Turner's Falls notching up close to 50 species before noon. Oddly enough I failed to connect with any of the waterfowl movements well reported on the local social media outlets today though I did have a 'token' Brant fly past me at Unity Park. 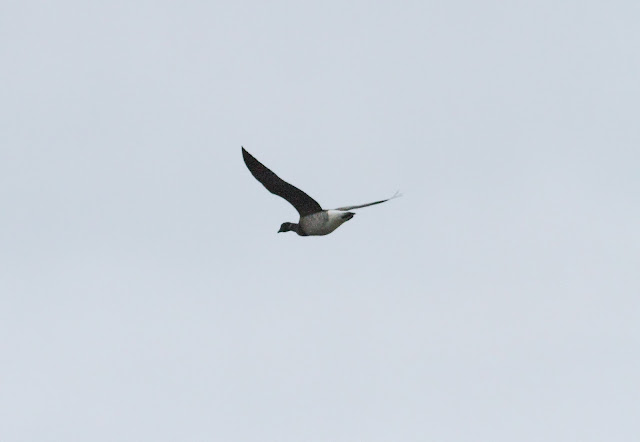 But the day held other surprises, namely in the form of lingering 'scarcities' that I felt sure had moved on, but then popped up and presented themselves. The White-eyed Vireo in Turner's Falls was one of these, and the Cattle Egret showed up again at Upinngil after seemingly being absent all day yesterday. A calling Yellow-bellied Sapsucker on North Cross Road, Gill was another surprise this morning. 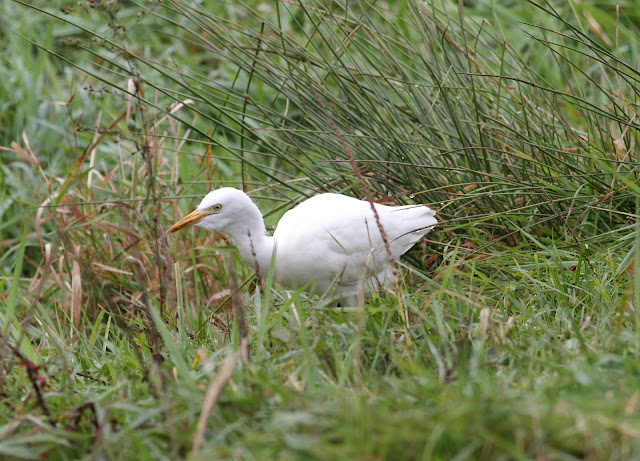 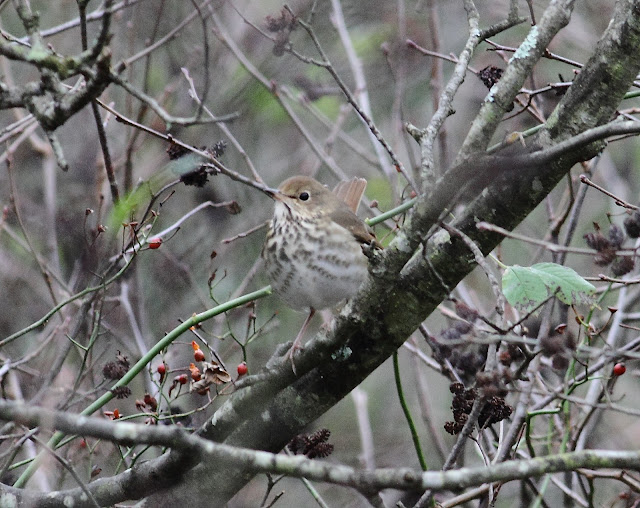 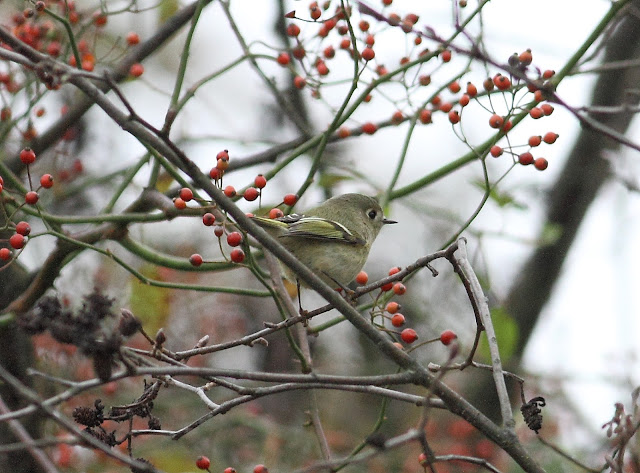