MA - cuckoos, swallows and a bear!

Mid-summer blog entries have been precious few lately but it's also perhaps my least active time of year for local birding. However, a few birds have caught my attention and there's certainly been plenty to see.  A Black-billed Cuckoo showed well in a roadside tree on Boyle Road, Gill yesterday (07/21) and I was surprised to hear one still singing as late as July 12th on North Cross Road, Gill. Cliff Swallows have showed up in a couple of less than expected spots recently with one over North Cross Road, Gill on June 22nd and  2-3 together over Newton Brook, Vernon, VT on July 18th. I only rarely encounter Cliff Swallows locally, most frequently at Barton Cove, Gill.

Fish Crows continue to turn up in family groups and this morning (07/22) I had one such group on Turner's Falls Road near the intersection with Edward Ave. I had another group down at Depot Street, Turner's Falls last week where there was also an immature Orchard Oriole.

Many species are still vocal despite the overwhelming sense that autumn is fast approaching. In particular, Indigo Buntings seem abundant in Gill while Winter Wrens have been surprisingly vocal recently on the wooded streams in Gill and Field Sparrows singing aplenty from the tree farms in the area.

Most of these observations have been made during my frequent bike rides in the area and last Sunday I had an early morning encounter with a youngish Black Bear that crossed West Gill Road just in front of me. It was all over seconds but luckily, it left some nice fresh, wet foot prints for me to record using my iphone. I'm always thrilled to find a bear in my local area and sadly see far fewer than I'd like. 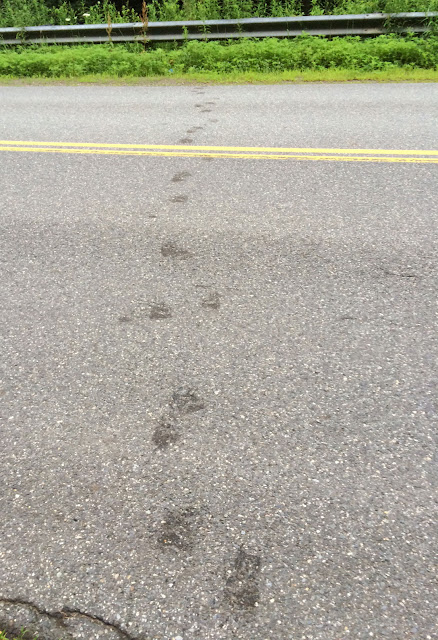 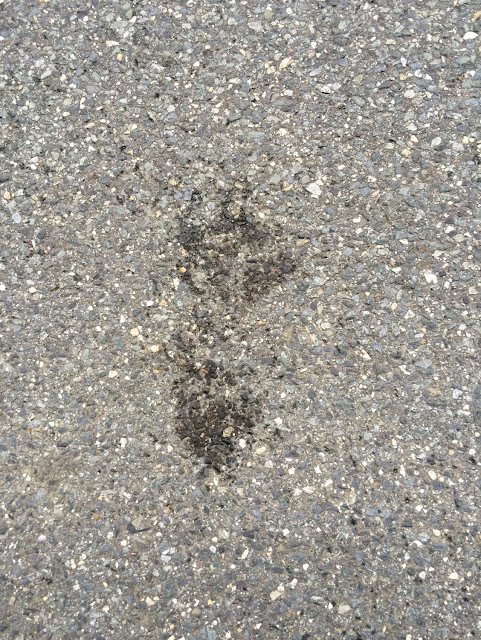